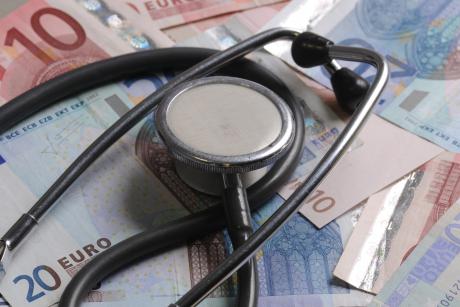 Under a bill drafted by Justice Minister Heiko Maas, doctors charged with corruption could face up to five years in prison or a fine, closing a legal loophole that has for years hindered the fight against corruption in the medical sector. EURACTIV Germany reports.

Crookedness in the health system inhibits competition, increases the price of medical services, and undermines patients’ trust in physicians and medical professionals.

Last year, the European Commission gave the Federal Republic a good score on its evaluation of anti-corruption efforts in the country. Still, the first report on combating corruption criticised the lack of criminal provisions for practicing doctors (see background).

Christian Lange, parliamentary state secretary to the Federal Minister of Justice and Consumer Protection, claimed last year that doctors do not fall under the existing regulation on taking bribes if they accept contributions from pharmaceutical firms for prescribing certain medications.

Lange based the conclusion on a 2012 decision by the Federal Court, which, he said, also prevented those giving the bribe from being covered by the law.

To put an end to this, Justice Minister Heiko Maas has now proposed a bill that would make bribery in the healthcare sector a criminal offense.

If the bill becomes law, violators charged with giving or accepting bribes would be subject to imprisonment for up to three years, or a fine. In especially serious cases, a penalty ranging from three months to five years could be applied.

The planned legislation would cover all healthcare occupations, including physical therapists and pharmacists. Clinics, laboratories and healthcare supply stores would not be permitted to offer incentives to medical professionals who refer patients to them.

“The loophole, which has existed for years, is an unacceptable hindrance to the fight against corruption in the healthcare sector,” said Reiner Hüper, director of the working group for criminal law.

Still, Transparency wants the corruption as a criminal offence to be declared an offence liable to public prosecution. In this way, law enforcement authorities would be required to take their own initiative and pursue a suspected offence.

According to the new bill, criminal prosecution would require a complaint, whereby official action would only be taken in cases of special public interest.

Wolfgang Wodarg, a doctor and a member of Transparency Germany’s board of directors, said a exhaustive law is needed. Corruption at the cost of insurance holders can disrupt social stability, he argued.

“All cases must be uncovered and subsequently penalised by specially trained criminal investigators in cooperation with professional organisations,” Wodarg indicated.

Transparency also wants breaches of duty against communities of solidarity (Solidargemeinschaften) to be just as liable for prosecution as those against patients.

When it comes down to it, he pointed out, individuals in classical healthcare professions are entrusted with the use of over €100 billion in public contributions and tax money.

The European Commission has called on member states to step up their fight against corruption.

Calling the extent of the problem 'breathtaking', the EU executive said that corruption costs Europe around €120 billion each year, the equivalent of the bloc's yearly budget.

The Commission's warning came as EU Home Affairs Commissioner Cecilia Malmström presented the first EU Anti-Corruption Report. It suggests that measures to tackle illegal practices across the EU are 'far from enough'.

Malmstrom also warned that corruption is undermining citizen confidence in democracy and hurting the bloc's economy.

According to the report, almost 80% of Europeans surveyed for the study think that corruption is widespread and more than half believe that the level of corruption in their country has recently increased.