Germany cracks down on unjabbed as US eyes winter battle 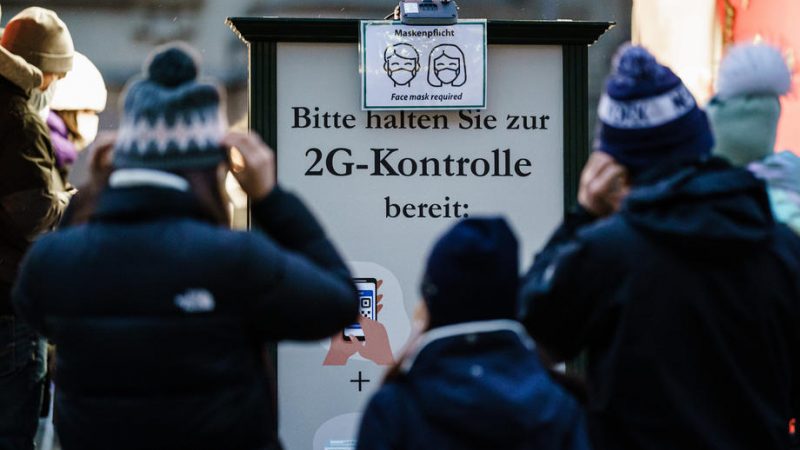 A note at the entrance of the Berlin Christmas market at Gendarmenmarkt square mentions the requirement of the so called "2G regulation" in Berlin, Germany, 29 November 2021. German Chancellor Angela Merkel announced on 2 December that large parts of public life in Germany would be shut off to people who have not been vaccinated or recovered from Covid-19. [EPA-EFE/CLEMENS BILAN]

Germany on Thursday (2 December) unveiled strict curbs on public life for the unvaccinated as alarm fanned worldwide over the Omicron variant and the US readied to ramp up its winter battle against Covid-19.

The discovery of a new Omicron variant, first reported to the World Health Organization by South Africa on 24 November, has spread worldwide rapidly, as the EU health agency warned Omicron could cause over half of Europe’s Covid cases in the “next few months”.

More than two dozen countries and territories have now detected cases, extending to India on Thursday and the United States on Wednesday, among the countries hardest hit by the coronavirus pandemic since it first emerged nearly two years ago.

The WHO has cautioned that it could take weeks to discover if Omicron is more transmissible, and whether it causes more severe disease — as well as how effective current treatments and vaccines are against it.

Its detection and spread, however, represent a fresh challenge to global efforts to battle the pandemic with several nations already re-imposing restrictions many had hoped were a thing of the past.

In Berlin, outgoing German Chancellor Angela Merkel announced that large parts of public life in Germany would be shut off to people who have not been vaccinated or recovered from Covid-19 in an attempt to clamp down on surging infection rates, fuelled by the Delta variant.

“Culture and leisure nationwide will be open only to those who have been vaccinated or recovered,” Merkel said. The German parliament is due to vote on mandatory immunisations.

It is not yet clear when the latest measures will come into effect.

But the plans include a blanket ban on entering bars, restaurants and cinemas for anyone who is unvaccinated or not recovered from Covid, according to a document signed off by leaders.

The agreement also includes new restrictions on large gatherings, which would affect events such as Bundesliga football matches, and the closure of nightclubs in areas with a weekly incidence rate above 350 infections per 100,000 people.

Fireworks will be banned on New Year’s Eve to stop large crowds from gathering, according to North Rhine-Westphalia state premier Hendrik Wuest.

On Thursday, Norway introduced new anti-Covid measures in greater Oslo after a suspected cluster of Omicron cases emerged among dozens of vaccinated people who attended a Christmas dinner last week. So far, one Omicron case in the cluster has been confirmed.

Face masks will be mandatory in public transport, shopping centres, shops and taxis when social distancing is not possible. People will have to work from home if possible and the number allowed to gather at indoor private events will be limited to 100, the government said.

US President Joe Biden is expected to announce that toughened new rules on Covid-19 testing for travelers to the United States will take effect next week.

Top of the list will be an announcement that toughened rules on testing for travellers will take effect within days, a senior administration official said.

Biden will announce that from “early next week, all international travellers will be required to test negative within one day of their departure to the United States,” the official told reporters.

For domestic travellers, Biden will announce he is extending a mask mandate on airplanes, trains and other public transport through mid-March.

India has yet to impose new blanket international travel bans but earlier this week its health ministry ordered all inbound travellers from “countries at-risk” to undergo mandatory post-arrival Covid testing, along with the random testing of other international arrivals.

WHO chief Tedros Adhanom Ghebreyesus has warned of a “toxic mix” of low vaccination and testing rates creating a “recipe for breeding and amplifying variants”.

On Wednesday, European Commission President Ursula von der Leyen said it was time to “potentially think about mandatory vaccination” in the bloc — although only individual states can impose such mandates. 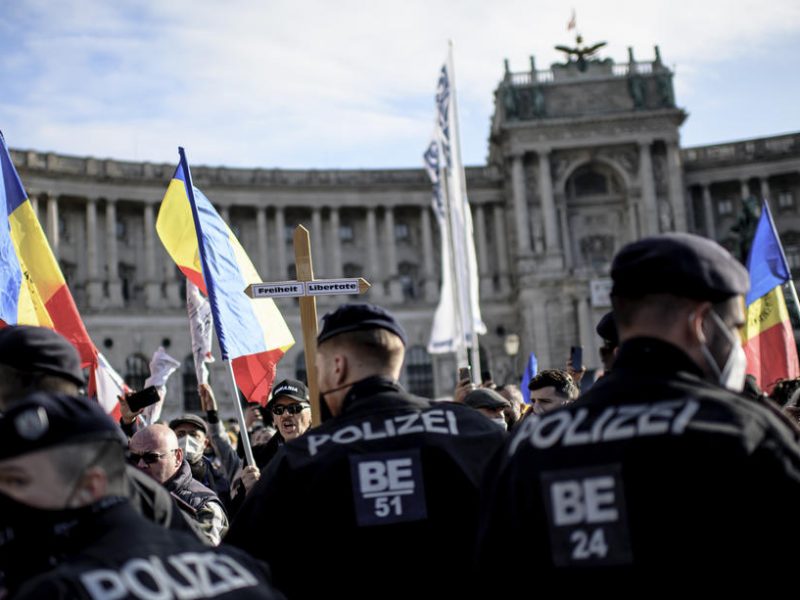 The United Nations said Thursday that the pandemic has pushed 20 million more people into poverty around the globe, estimating that 274 million people would need emergency assistance next year, up 17 percent on 2021, as economies suffer with Covid restrictions.

“We are very concerned but are not worried that the situation cannot be managed,” John Nkengasong, head of the Africa Centres for Disease Control and Prevention (Africa CDC) said.

“There is no need to panic. We are not defenceless.”