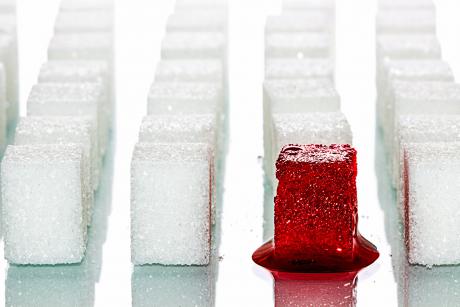 Germany's rate of diabetes is 2 percentage points above the EU average of 8%. [ Dennis Skley/Flickr]

Diabetes is a growing threat in Germany, with experts criticising the country’s negligence in dealing with the disease, and calling for the creation of a national diabetes plan to prevent it from spreading further. EURACTIV Germany reports.

Showing an estimated 8 million diabetes patients, but far too few doctors and insufficient preventative measures, the findings of the German Diabetes Society (DDG) on the disease are alarming.

Meanwhile, the need for action is rising, as experts warn 270,000 new cases turn up in Germany each year.

Diabetes has become one of the most threatening “diseases of affluence” in the EU. Unfortunately Germany ranks high on the list, with a rate of diabetes patients roughly two percentage points above the EU average of 8%.

If diabetes remains undiagnosed or wrongly treated for a longer period of time, it can have serious effects on an individual’s health. Heart attack, stroke, retinal disease or even blindness, kidney disease and impotence can result.

The vast majority of diabetes patients (95%) suffer from type 2 diabetes, which is often caused by preventable factors such as a lack of physical activity, obesity or being overweight. But certain genetic factors can also increase the risk of disease, including the stress level of the mother during pregnancy and the father’s eating habits long before the pregnancy.

“The high number of factors that can influence the disease clearly show that we must personalise prevention and therapy,” said diabetologist Norbert Stefan from the University Hospital of Tübingen, in Berlin.

A fatty liver, blood levels, lifestyle – all of these can be indicators of how high the risk for diabetes is, Stefan explained. For this reason, he is calling for a more intensive exchange between doctors and patients as well as more comprehensive, multistage precautionary examinations.

However, this reveals a sore point in Germany’s healthcare system, where there is currently a significant lack of diabetes specialists.

Ulrich Weigelt from the German Association of General Practitioners warned that the average age among diabetologists is 60 years. And even now there is a lack of specialists, he said, especially in rural areas.

He is convinced that training for specialists should be encouraged more to tackle the shortage. Furthermore, he recommends developing new criteria for care and a more intensive information exchange between general practitioners, specialists and clinics.

Numerous health experts have long been calling for a national diabetes plan to improve care and treatment in Germany. Similar projects exist in 17 European countries.

In 2014, Sweden served as a particularly exemplary model. According to last year’s Euro Diabetes Index, the country showed the best performance in handling diabetes, compared to the other 27 member states as well as Norway and Switzerland.

“Targeted prevention and a national diabetes plan are also needed in Germany,” centre-right politician Deitrich Monstadt emphasised. It is not enough, he said, to depend on an individual’s responsibility in prevention.

“Information campaigns and more pressure from policymakers are essential – especially because, initially, diabetes does not cause any pain but still holds the risk of serious related conditions,” Monstadt explained.

Bundling competences should also be a vital component in a national strategy, he said. Agriculture, labour and social policymakers, city planners, educators and many more must be involved, Monstadt pointed out, to help raise awareness on the dangers of the disease and to limit certain risk factors.

Diabetes is a chronic disease, where there are high blood sugar levels over a prolonged period. High blood sugar produces the symptoms of frequent urination, increased thirst, and increased hunger.