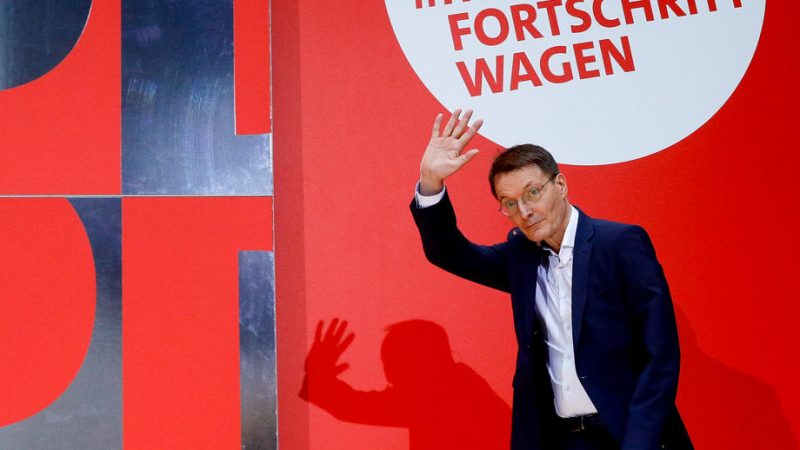 “Most citizens in this country wanted the new health minister to be a specialist, to be good at it - and for his name to be Karl Lauterbach,” designated chancellor Olaf Scholz said. [FILIP SINGER/EPA-EFE]

“Most citizens in this country wanted the new health minister to be a specialist, to be good at it – and for his name to be Karl Lauterbach,” designated chancellor Olaf Scholz said upon announcing his party’s team of ministers on Monday (6 December).

Currently, a member of the Bundestag and adjunct professor for health policy and management at the Harvard School of Public health, the epidemiologist by training has risen to public prominence since the beginning of the COVID-19 pandemic.

Over the last 18 months, Lauterbach has polarised the German public by making constant appearances in talk shows and interviews to caution against upcoming pandemic waves and call for decisive and far-reaching measures.

However, some have levied harsh criticism and accused him of scaremongering or having a technocratic approach. Lauterbach has even reported receiving regular death threats since he first spoke out about the virus.

“Fight” against the virus

Meanwhile, among others, he has gained tremendous popularity. Many have called for his appointment as health minister, to the point where the hashtag #wirwollenKarl – “we want Karl” – was trending on Twitter in Germany.

“We need to fight this pandemic – it will take longer than many think, but we will manage,” Lauterbach told a press conference. The epidemiologist is a vocal proponent of mandatory vaccinations, which he thinks should be enforced stringently.

On Monday (6 December), the new coalition parties presented a draft law that would make vaccinations compulsory for specific professions, such as staff in hospitals and nursing homes, from mid-March onwards. 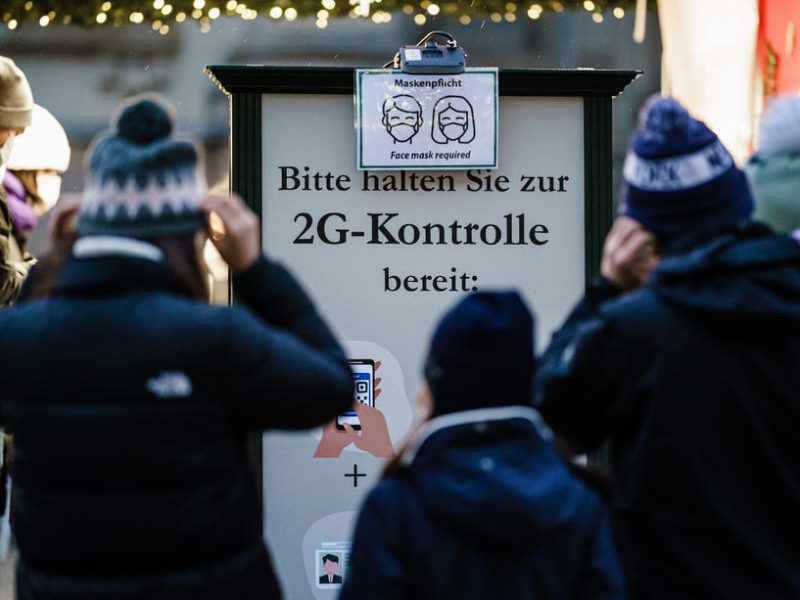 Germany cracks down on unjabbed as US eyes winter battle

Germany on Thursday (2 December) unveiled strict curbs on public life for the unvaccinated as alarm fanned worldwide over the Omicron variant and the US readied to ramp up its winter battle against Covid-19.

Lauterbach has also called to speed up the delivery of booster shots and better enforce restrictions for unvaccinated people, including through higher sanctions for violations.

Beyond pandemic politics, the long-standing health politician wants to strengthen the health system as a whole. “With us, there will not be any benefit cuts in healthcare,” Lauterbach said on Monday. “To the contrary: we will make the system more robust again”.

Scholz also stressed that a “good health system with good working conditions and good services for citizens” would be a “key priority” for his government, as the pandemic had exposed deficiencies in the existing system.

As a well-known and vocal public figure, Lauterbach might stand a chance to sustain this political focus on the health sector even beyond immediate pandemic measures.

An MP since 2005, Lauterbach has served as the SPD’s health policy spokesman and was responsible, among other things, for health and research during his six-year period as his faction’s vice-chair.

During his time in the Bundestag, he has advocated reducing inequality within the health system. Lauterbach proposed universal citizens insurance in place of the country’s current two-tier health system split into public and (more expensive) private insurance.

He has also pushed for employers to take on a larger share of employee health insurance contributions and has been a proponent of legalising cannabis – something that the traffic light coalition has vowed to do in its coalition agreement.

“With Mr Lauterbach, a versed expert on the complex health sector, will head the ministry,” Andreas Gassen, chairman of the National Association of Statutory Health Insurance Physicians, said.

The president of the resident doctors’ association Virchowbund, Dirk Heinrich, called the SPD’s choice “the right response to the challenges posed by the pandemic”, adding that fact-based and decisive policies would be needed.

Representatives from other parties congratulated the newly designated minister. “Citizens have developed an incredible trust in Karl Lauterbach based on his personality, his intellect and commitment,” Norbert Röttgen from the conservative CDU said.

The Greens’ health expert Janosch Dahmen applauded Lauterbach’s “expertise and scientific approach” as well as his “dedication for people in the health sector without much of a lobby”.

Hinting at Lauterbach’s regular media presence since the beginning of the pandemic, the liberal FDP’s co-leader Wolfgang Kubicki had a slightly different take.

“I have already congratulated Karl Lauterbach,” he told German newspaper Bild. “From now on, Germany’s talk show scene will have to do without him a bit more often”. 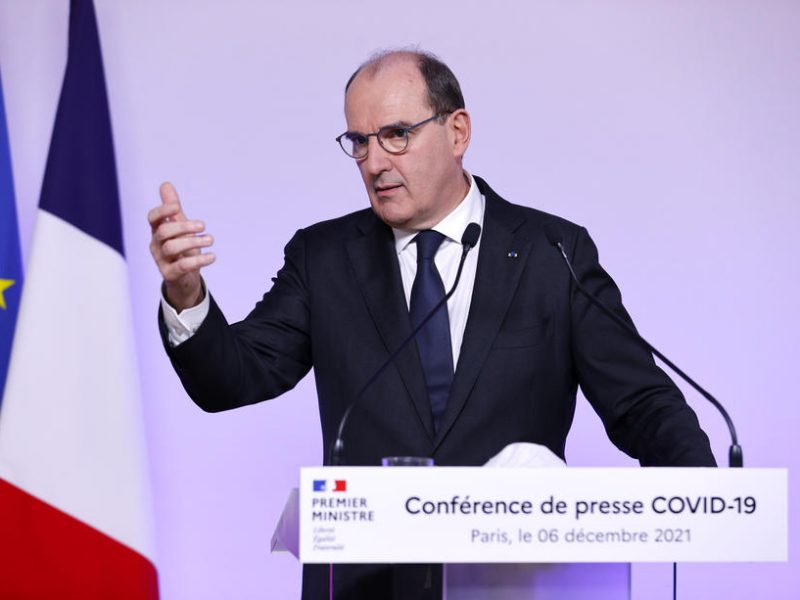 France to adopt new 'not so disproportionate' health measures

France will adopt a series of health restrictions without resorting to “disproportionate measures”, according to an announcement made at a press conference on Monday evening (6 December) by Prime Minister Jean Castex and Health Minister Olivier Véran.