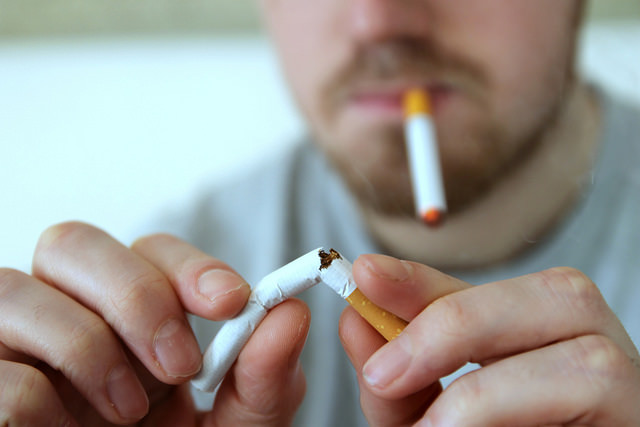 Electronic cigarettes will not be excluded from the ban. [vaping360.com]

In an effort to implement an effective anti-smoking law in enclosed public places, the Greek government is examining whether to start reimbursing the cost of anti-smoking drugs.

Successive governments in Athens have failed to implement a smoking ban that was  introduced approximately nine years ago.

According to the latest Eurobarometer survey in 2009, Greeks are the heaviest smokers in the European Union. The proportion of smokers in Greece is 42%, followed by Bulgaria (39%), Latvia (37%), Romania, Hungary, Lithuania, the Czech Republic and Slovakia (all 36%).

In an interview with Praktoreio Ygeias, a news outlet specialised in health issues, Greek health minister Andreas Xanthos said that it was “offensive” for the country to be the only EU state to have so far failed to implement a ban on smoking in public places.

“There has never been any coordinated action from the state, as it is a measure exceeding the [responsibilities] of the health ministry and one that requires multilevel cooperation,” he said, adding that Athens should have a more rigorous approach to enforcing European recommendations.

Andriukaitis: We have the tools to avoid 'unnecessary loss of lives'

Decision-makers should stop ignoring risk factors like tobacco, which causes deaths that could have been avoided, Health Commissioner Vytenis Andriukaitis told EURACTIV.com.

The Greek official said that the government’s objective was to change the “social culture” regarding smoking and impose a complete ban.

“Nicotine is a psychoactive substance, very addictive, and apparently, the problem cannot be solved only with an awareness campaign, with repulsive pictures on packets or only checks and repression,” he said.

Xanthos added that a new approach was needed from prevention to rehabilitation, meaning smoking clinics in the national health system and the ability to compensate citizens for the purchase of drugs used to quit smoking.

Previously, these drugs were considered a lifestyle product and were cut from compensation funds. “We should reconsider them because they can be useful and effective for people with chronic respiratory diseases,” he said.

According to the minister, electronic cigarettes won’t be excluded from the ban as their allegedly beneficial effects in interrupting normal smoking are “disputed”.

The EU Tobacco Products Directive that entered into force on 20 May takes a strict stance toward electronic cigarettes.

“Electronic cigarettes can develop into a gateway to nicotine addiction and ultimately traditional tobacco consumption, as they mimic and normalise the action of smoking,” the Directive said, adding that it is appropriate to adopt a restrictive approach to the advertising electronic cigarettes as well as refill containers.

According to a World Health Organisation report, Greece’s compliance with the smoke-free environments framework is quite poor.

On a scale of 0-10, where scores 8 and above describe high compliance and below 5 low compliance, Greece’s performance is 3.

In particular, the reports notes that the country’s compliance in cafes, bars, and restaurant is from 0 to 2. In Greece, six out of ten working respondents say they are exposed to smoke at their workplace on a daily basis.