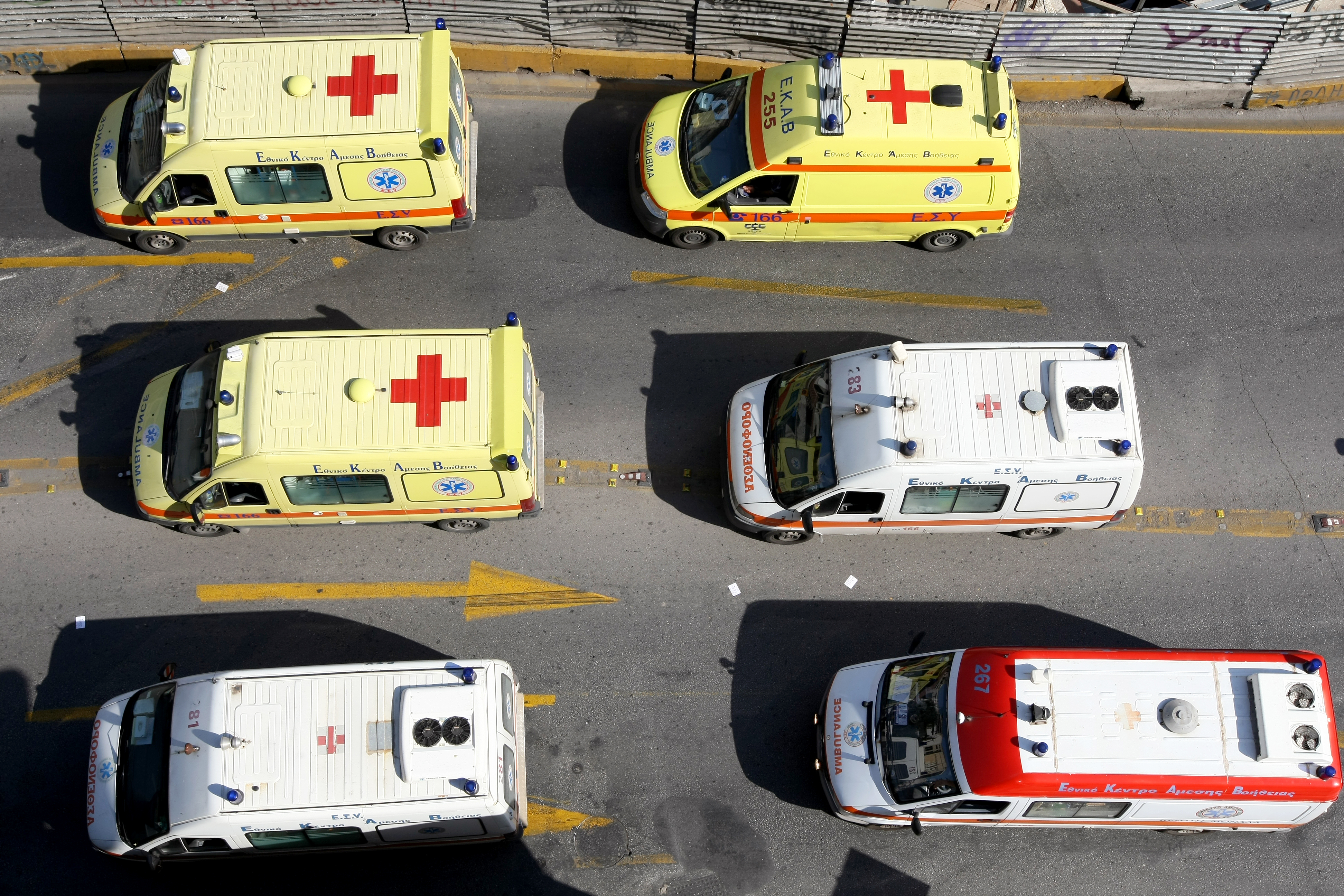 Greece’s economic crisis may be abstract to many outsiders, but for the country’s chronically sick, it is a matter of life and death.

Yiannis Kaloidas, a 61-year-old pensioner with bone cancer, needs costly medicine to keep his otherwise fatal disease at bay. But added restrictions on healthcare, dwindling imports of medicines and pressure on budgets mean he faces a growing number of obstacles for getting the vital drugs.

“For the past six months they’ve been unable to give me the medicine here,” Kaloidas says angrily, as he waits in line in an Athens public hospital.

Instead he has to get a form stamped at the hospital and take that to another dispensary. This is the only way to get the treatment without having to pay upfront and wait for reimbursement.

If — as many now fear — a “Grexit”, or Greece exit from the euro, happens, access to medicine purchased from suppliers abroad would be jeopardised.

That fear weighs heavily on Kaloidas and others queueing with him for X-rays and pre-surgery tests who have been told to foot costly medical bills themselves at a time of financial agony. Many have lost jobs and salaries. Others have seen wages and pensions amputated by between 30-50%. Health insurance is a luxury none can afford, leaving public hospitals and volunteer clinics as their last option.

Hundreds flock each day to the public Elpis hospital in central Athens, which has made a point of helping the uninsured. Founded in 1842, the establishment’s name means ‘hope’ in Greek. Hospital director Theo Giannaros has no idea what his budget from the state will be this year, but the facility hasn’t received a cent from social insurance funds in four years.

“We’re running out of money,” Giannaros admits. He says cash reserves will run out at the end of the month. But he is determined to keep the uncertainty from affecting the quality of
service, offering free beds in Elpis’ intensive care unit that would normally be billed at €3,500 a night.

With expectations of a Greek exit from the eurozone gathering pace, worried suppliers are also starting to turn the screws.

“The companies are starting to blackmail us,” Giannaros said. “We are receiving letters telling us that they cannot supply us because of the situation.”

He added: “I cannot operate without medicine, supplies, food for the people. This is not a joke anymore, this is a real crime. “If they destroy this health system, many will die. I don’t think any Europeans would accept this situation.”

As with most other public institutions, Elpis’ staff has dwindled in recent years as a result of a wider civil service cull imposed under six years of austerity.

“The staff are working beyond the limit. Instead of five to six night shifts a month, we do 10 to 12,” says head surgeon Dimitris Papoutsas. “We receive seven to 10 days’ worth of supplies at a time, partly because of new ordering procedures that are time-consuming. Sometimes we are short of gauze and gloves,” he adds.

According to Giannaros, some hospitals have now taken to borrowing supplies from each other to overcome shortfalls. Things could get increasingly difficult in coming weeks. Capital controls imposed by the government to conserve what little cash is left in Greece’s banks mean importers now need to fill out extensive paperwork each time they need to make an order.

That bureaucracy, and foreign suppliers’ fears that Greece could be forced to leave the eurozone, have raised concerns of an imminent medicine shortage.

“We currently have two months’ worth of stock,” most of which was imported from Germany, Italy, France and Switzerland, says Evangelos Kolokotronis, the manager of Greek drug maker Adelco.

“Today we submitted a request to pay orders worth €160,000. I’m worried that it will take time to clear,” he says. EU leaders on Sunday (12 July) will hold a special summit that has been described as a final chance to avoid Greece’s exit from the eurozone. Giannaros, the hospital director, says he plans to go to Brussels to personally protest the human cost of austerity.

“Human lives are in danger and they have to do something before the point of no return,” he says.