Health brief – Uphill start for COVI on their quest for transparency 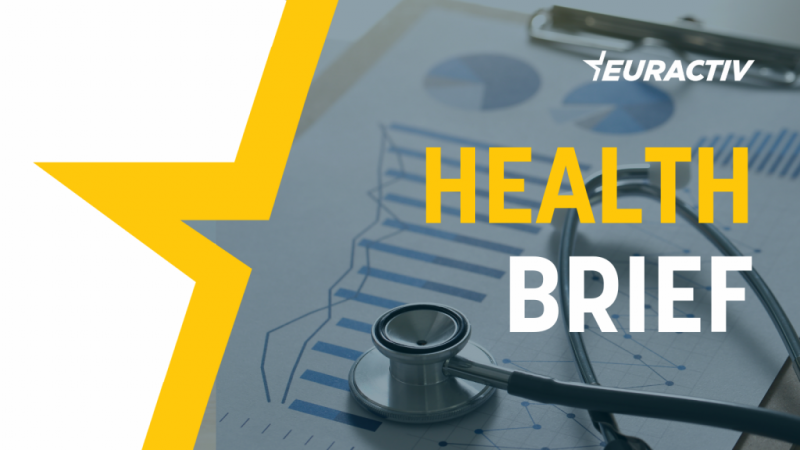 Three hearings with three Commissioners later, it is becoming clear that the MEPs of the European Parliament’s newly-established special committee on the COVID-19 pandemic (COVI) have a task ahead of them in terms of gathering the data they need.

Drawing lessons from the pandemic – COVI’s main objective – can only happen if the committee gathers the required information to assess what worked, what went wrong and what needs to be changed.

However – lawmakers were left unsatisfied following the latest COVI hearing on Tuesday (21 June), hosted by the Commissioner for Values and Transparency Věra Jourová.

The debacle surrounding the transparency of contracts for COVID-19 vaccines – a topic on which many MEPs remain critical of the Commission’s handling – took up much of the time.

Ever since the contracts’ negotiation, MEPs have expressed disappointment over the climate of secrecy surrounding the vaccine contracts, how they came to be and what they contain.

Back in October 2021, five Green MEPs even launched a legal case against the Commission demanding more transparency, particularly regarding prices, as previously reported by EURACTIV.

In an attempt to head criticisms off at the pass, Jourová’s introductory comments emphasised the Commission’s “full commitment” to transparency and accountability. “We already published the redacted versions [of the requested documents] early on,” she said. “At the same time, we have to manage the situation according to the regulation [on access to the files].”

While Jourová tried to steer the conversation towards disinformation during the pandemic, MEPs were quick to redirect the topic towards transparency from the Commission.

The French liberal MEP Véronique Trillet-Lenoir said: “The more information we have, the more transparency there is, and less the risk of disinformation. I’d like to concentrate on issues of transparency. I think this has been a weakness in terms of managing the COVID-19 crisis.”

She added that European citizens were not well-informed with regard to the various vaccine contracts, echoing other lawmakers’ concerns about costs and liability.

Money exchanged for vaccines was a hot topic during the hearing, with MEPs from several groups demanding clarity. French Green MEP Michelle Rivasi argued that it was also important to know if the contracts are to be renegotiated, as some EU countries have recently requested.

However, no answers were given. Later in the hearing, Jourová said that she was not aware of exact figures regarding the prices.

This resulted in heated pushback from lawmakers, with MEP Cristian Terhes from the European Conservatives and Reformists Group (ECR), holding up two pages from one of the redacted vaccine contracts published by the Commission while asking Jourová whether she would “call that transparency.”

Socialist MEP Sara Cerdas also reiterated the need for MEPs to know the prices, adding that they are paid for with public money.

Tuesday’s hearing came on the back of another on Monday, in which the Commissioner for Internal Market Thierry Breton was in the hot seat.

Fortunately for Breton, this session was considerably more mellow, focusing instead on issues such as vaccine production within the bloc.

Breton also praised the rapid scale-up of production capacity in Europe to cope with the number of vaccines needed. Despite the task exposing problems in supply chains, the bloc overcame these challenges through close collaboration with industry for fast development and production, he laid out.

“It was a question of being very flexible and very nimble in looking at how to problem-solve. This is the first time that we’ve actually had to do this in a medical context such as this with vaccines,” Breton said.

He later added that one of the lessons of the pandemic for the Commission has been that Europe must have the proper industrial infrastructure in place, and commended EU companies’ achievements despite “lagging behind”, as they invest about half of what their American counterparts do in research and development.

However, MEP Jutta Paulus from the Greens said that Breton was praising himself too much – and lacked a “critical view” of the situation.

After she inquired about the amount of state aid to the industry during the pandemic, Breton responded: “We have looked at the way the companies acted, and there is a lack of transparency there. We needed a lot of energy and effort on our part to try to see the situation clearly.”

“We have to have better contracts that are devised in a stricter fashion. I will try to avoid a situation in which we say that we’re simply making our best efforts, we have to do better than that […]. So, all of this has been identified as a problem and we are aware of our errors,” he added.

As of 9 June 2022, 402 cases of acute hepatitis of unknown origin in children aged 16 years and below have been reported from across Europe. The vast majority are seen among children who are five years old or younger.

A deal on a TRIPS waiver. Members of the World Trade Organisation (WTO) on Friday (17 June) reached an agreement to waive certain parts of the WTO Agreement on Trade-Related Aspects of Intellectual Property Rights (TRIPS), though the deal has been criticised by both pharmaceutical firms and civil society groups.

The International Federation of Pharmaceutical Manufacturers and Associations (IFPMA) expressed “deep disappointment with the decision on waiving intellectual property rights” after the deal, while the People’s Vaccine Alliance, accused the EU, the United States, UK and Switzerland, of blocking a “meaningful IP waiver”.

EU illicit drug production. The EU drug monitoring centre (EMCCDA) faces an extended mandate to become an agency, as the EU has become a significant producer of illicit drugs for both domestic and global use with ties between European and international crime groups strengthening.

Findings from the latest European Drug Report from the EMCDDA show how Europe is transitioning from being a primarily drug-consuming market to a drug-producing market.

Adapted COVID-19 vaccines. The European Medicines Agency (EMA) has begun a rolling review of a version of Spikevax adapted to provide better protection against specific variants of SARS-CoV-2. Spikevax is produced by Moderna.

The vaccine is bivalent, meaning it targets two strains of SARS-CoV-2, in this case the original strain and the Omicron variant. With a rolling review, the EMA will assess the data as it becomes available until there is enough data for a formal application.

Colorectal cancer. The European Commission held a kick-off meeting for their initiative on the Colorectal Cancer working group. According to the Commission, indications show that colorectal cancer is the third most diagnosed cancer in men and the second one in women in the EU, taking into account considerable variations across EU countries and regions.

The Colorectal Cancer Initiative is a part of Europe’s Beating Cancer Plan announced by the Commission in 2021.

Skin cancer. The new “SunSmart Global UV” app has been launched by the World Health Organisation (WHO), the World Meteorological Organisation (WMO), the United Nations Environment Programme (UNEP) and the International Labour Organisation (ILO). The app provides UV and weather forecasts while highlighting time slots when sun protection is required in an effort to reduce the global burden of skin cancer and UV-related eye damage.

Policy changes in healthy ageing. Most EU countries’ retirement age is around the mid-60s, but as populations age as a side effect of people living healthier lives and having access to increasingly better medical treatment, policy changes are needed to manage our ageing populations properly, reflecting the diversity of the elderly with more focus on disease prevention and education.

Relations between generations. Intergenerational solidarity and fairness need to be the cornerstones and guiding lights for us as a society, particularly for decision-makers, says Commission Vice-President Dubravka Šuica to EURACTIV.

The average age of Europeans is increasing as 155 million people are expected to be over 65 by 2040. For Šuica, this means we need an approach to recognising everyone’s experience and value in society.

Majority of disabled people face attacks in Czechia. Disabled people are frequent victims of violence in the Czech Republic and only a fraction of those attacked reported it to the police, according to a survey conducted by In IUSTITIA. By Aneta Zachová | EURACTIV.cz

21-24 June | One Conference organised by EFSA

23 June | Combatting zoonoses and addressing AMR on the Planet with a One Health Approach.