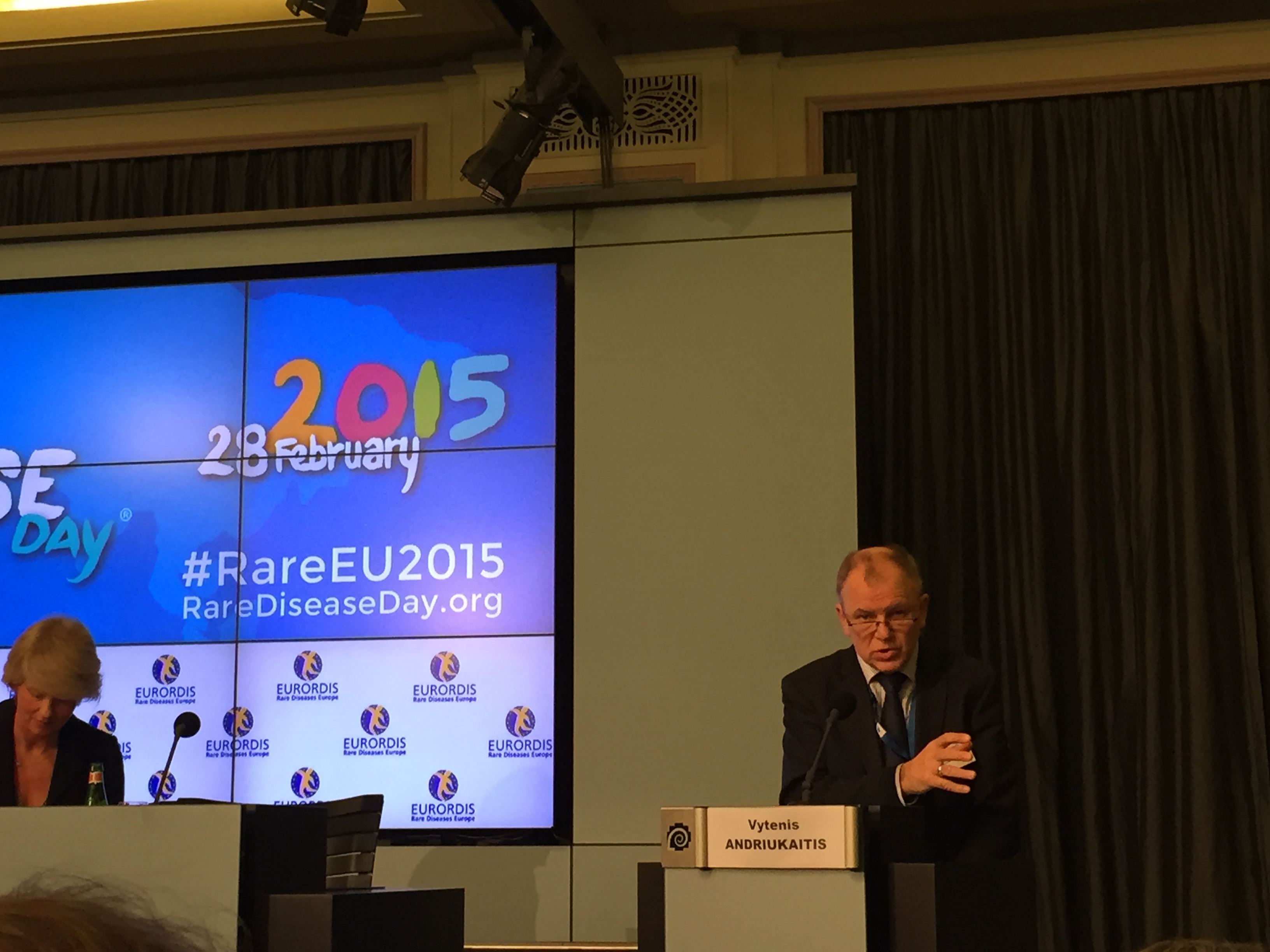 Patients with rare diseases are more vulnerable, as they live with more ambiguity about their affliction than others, according to Health Commissioner Vytenis Andriukaitis. But with the help of patient groups and national action plans in member states, their lives can be improved.

This coming Saturday (28 February) is Rare Disease Day. The date has been chosen to raise awareness on the impact that rare diseases have on patients and their relatives.

Speaking on Tuesday (24 February) at a conference organised by patient organisation Eurordis, Andriukaitis noted that people living with rare diseases “struggle with uncertainty about their illness and suffer in isolation” when they try to get the right diagnostics and care.

The Commissioner mentioned that the medical expert who can diagnose or treat the rare disease in question may live in another region in the EU, or in another member state, and that knowledge about rare diseases could also be insufficient and scattered.

“This is where the European Union can have a real impact,” Andriukaitis said. “We can help in pooling together knowledge and expertise across the EU, in fostering research and co-operation; and also in granting authorisation to the best medicines. I believe that health for all, regardless of social status or the condition people suffer from, is a fundamental right,” the Commissioner added.

Andriukaitis highlighted the fact that the EU has come a long way when it comes to improving the lives of people with rare diseases. In 2009, only four countries in Europe had national action plans on rare diseases. Today, 20 member states have adopted plans. The Commission is encouraging the last eight member states to follow those countries.

“I intend to listen to patients and to continue involving patients in our decision-making process. I am committed to using all the tools at my disposal to help people with rare diseases to access the best possible diagnostics and care. I count on you to tell me what more Europe can do to help,” Andriukaitis said.

The importance of patient groups

Philippe de Backer, a Belgian MEP (ALDE),  stressed that the EU could still do more to make patients more aware that there are already groups helping people with rare diseases.

“When you compare the 28 member states across the EU, you see huge differences. Even in some Western European countries, there are still debates on whether to reimburse a certain drug or whether it’s too expensive for the health system to bare,” he said.

Philip Watt, the CEO of the patient group Cystic Fibrosis in Ireland, explained how his organisation successfully reversed the decision on the reimbursement of a cystic fibrosis medicine. Watt stressed the importance of statements by patients such as a woman testifying that ‘this drug means I can get married and have children’ as being crucial in getting politicians to listen.

Helma Gusseck, who has retinitis pigmentosa, an eye disease that causes severe vision impairment and often blindness, pointed out that many patients with rare diseases are unable to help experts at the European Medicines Agency (EMA) in London find the right treatments, as they are unable to travel.

Gusseck said she has been speaking on behalf of patients with the same rare disease as herself, as she has the ability to travel to London from Germany, where she lives.

However, her involvement also includes a lot of reading up on documents from the Agency, which is difficult for patients with her condition, and stated that this collaboration should be made easier for patients with rare diseases.

The EU considers a disease rare when it affects fewer than one in 2,000 citizens. Over 6,000 different rare diseases have been identified to date, affecting over 60 million people in Europe and in the United States. Due to the low prevalence of each disease, medical expertise is rare, knowledge is scarce, care offering inadequate and research limited. Despite their great overall number, rare disease patients are the orphans of health systems, often denied diagnosis, treatment and the benefits of research.

Rare Disease Day is held on the last day of February each year, a rare day, and seeks to raise awareness of the impact that rare diseases have on the lives of patients and those who care for them.