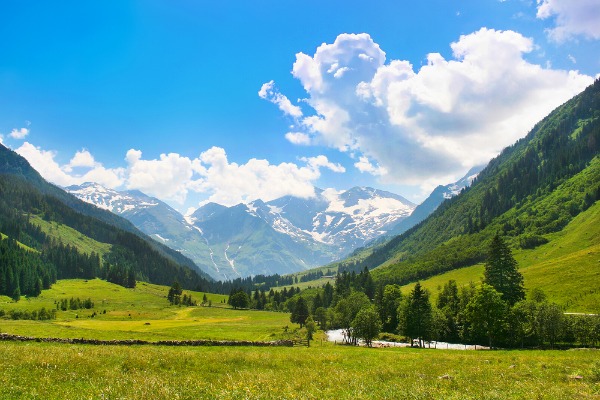 The European Health Forum Gastein (EHFG) takes place in the valley-town Bad Hofgastein which is located near Salzburg, Austria (Shutterstock)

SPECIAL REPORT: Policymakers, health organisations and industry will be discussing what the EU election year means for public health at the 17th annual European Health Forum Gastein (EHFG) in Austria, which kicks off today (1 October).

The EHFG calls itself the the most important health policy event in the EU.

Leading experts from science and academia, patient organisations and NGOs, business and industry as well as numerous prominent decision-makers gather in Bad Hofgastein every year to exchange ideas.

This year will focus on what healthcare systems will look like 25 years from now, patient empowerment, health literacy, the Ebola outbreak and healthcare professionals’ migration in Europe.

Among the most prominent speakers will be the Health Commissioner-designate, Vytenis Andriukaitis, who is widely expected to be confirmed after a convincing performance during his Parliament hearing on Tuesday (30 September). Andriukaitis will be present at the conference on Friday (3 October).

The European Parliament elections and the nomination process of the Commission President and new College of Commissioners have earmarked 2014 as an important year for European politics and for health policy, according to the the organisers of the conference.

Healthcare professionals across Europe are committed to common values such as universality, access to good quality care, equity and solidarity. However, the organisers are wary of the rising Eurosceptic presence in the new Parliament and what that could entail for health.

The president of the health policy conference, Maastricht University health expert Professor Helmut Brand, said that this year’s EHFG will debate what should be on the agenda of the Parliament and the Commission for the next five years.

“To start with, how healthy is Europe right now? In general the state of health is improving in all European countries. But it is important to look at the differences within Europe too,” Brand said.

“This year, 25 years after the fall of the Iron Curtain and ten years since the accession to the EU of eight Central and Eastern European countries, the health gap between ‘old’ and ‘new’ member states has decreased on major parameters such as life expectancy, infant mortality or mortality of ischaemic heart diseases,” the EHFG president continued.

But Brand said that over the past 20 years, since the EU obtained a health mandate, there had been “missed opportunities”.

Examples include creating a real link with social policy, weak policies on food and on alcohol, the continued absence of a health information system, and a reluctance to use internal market rules as a base for legislation.

“At present, the Commission’s health strategy is largely a compilation of issues to be addressed, rather than a policy document that sets priorities, assigns responsibilities and outlines methods of implementation and assessment,” Brand said.

Austrian social democrat MEP Karin Kadenbach, who is also vice president of the conference, noted that although healthcare systems across Europe are among the best in the world, there is still a lack of harmonisation of health provisions.

“Concerning its legislative competence, the EU has, among other issues, an important role to play towards improving public health, setting high standards of quality and safety for medicinal products and devices and combating cross-border health threats,” the MEP said.

“Recently, global and regional consultations to establish the post-2015 development agenda reiterated the need for a holistic and inclusive approach to health, using universal health coverage to maximise healthy life expectancy. As we look beyond 2015, to new global development targets encompassing sustainable health and well-being for all, events such as the European Health Forum Gastein, a platform for engaged, informed discussion across sectors, are an invaluable opportunity to adjust our understanding of health governance within Europe and globally.”