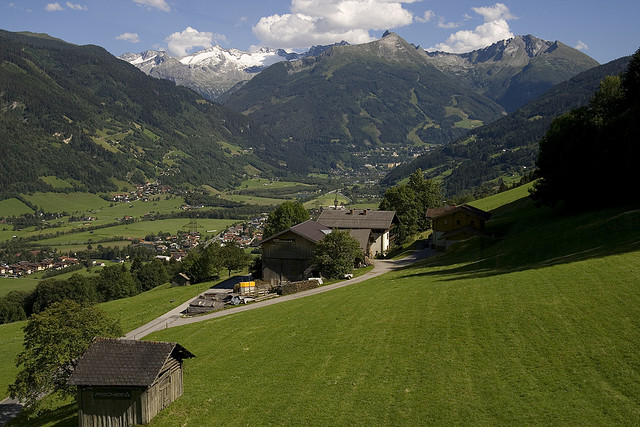 SPECIAL REPORT / From budget austerity to the Ebola crisis, and the ongoing refugee crisis, policymakers at this year’s European Health Forum Gastein (EHFG) in Austria have no lack of challenges to tackle.

European health systems have been under stress in recent years. First the shockwaves of the 2008 financial and economic crisis led healthcare professionals to develop resilience strategies against issues that lie outside of the health sector.

Last year, policymakers, academia, health advocates and the industry discussed the rise of Euroscepticism in member states, and in the European Parliament, and its consequences for public health legislation.

Over the last twelve months, health systems have witnessed new challenges coming from the outside the EU, such as the Ebola epidemic in Western Africa, and the influx of refugees from the Middle East and Africa.

“This year’s motto of “Securing health in Europe. Balancing priorities, sharing responsibilities” – reflects that in a constantly changing political and social environment for health, current health systems need to safeguard past gains while responding to new threats and opportunities,” said Helmut Brand, the president of the conference.

“Nevertheless, these topics give us a chance to discuss Europe’s role in the world too. The European Union has the potential and the need to act as a global player, so Europe does not lose out in globalisation,” Brand continued.

Vytenis Andriukaitis, the EU’s Commissioner for Health and Food Safety, mentioned the Ebola crisis as a priority during his first year in office.

“This is a health crisis that highlighted the importance of cooperation, as it has involved various sectors such as: public health services, research and innovation for the development of new vaccines and therapies, humanitarian aid, transport and international cooperation,” the commissioner said.

Health in all policies

It is vital that both at EU and member state-level, all protocols and procedures are in place to efficiently address any crisis that comes to Europe, Andriukaitis added.

This includes “efficient links between sectors and services potentially affected by a crisis, and the ability to jointly purchase vaccines and other medical countermeasures if the need arises, so that all member states have access to the means of responding to outbreaks and events”.

Brand likewise highlighted the new drugs and therapies that are being developed in the background. Despite this progress in innovation, the EHFG president mentioned that this creates funding challenges for the public health systems to ensure equal access.

“The concept of intellectual property and whether it is still fit for our time has to be discussed in this context. Because of this, questions of solidarity in health are now high on the agenda again. Are there new ways to secure universal health coverage in the future?” Brand asked.

The fact that the healthcare sector is influenced by many issues which lie outside of the sector means that the old motto ‘health in all policies’ is still relevant, according to the EHFG president, not least in relation to the changing demographics in the coming decades.

“Health outcomes in the European region have, in many ways, never been so good. We are living longer than ever before and many threats to that longevity are diminishing steadily. But there are still many people in our region who do not benefit from this progress. Various vulnerable groups have limited or no access to adequate prevention or treatment, and health inequity is a major challenge. Securing health in a sustainable manner is a political choice and can only be successful if it includes everyone.”

“The Ebola epidemic, the refugee tragedies in the Mediterranean and the financial crisis in Greece are most striking illustrations of what we all know but what is never stressed enough: health is our most important capital. The health dimension is all but too often neglected when decisions are taken to cross-border crises. The importance of strong and resilient healthcare systems should not be neglected in this context.”

Sabine Oberhauser, the federal minister of Health in Austria, added:

“I support the approach to discuss a range of highly important societal issues, which at a first glance reach far beyond health under the umbrella of the European Health Forum Gastein 2015. Health systems always mirror the societies they are embedded in. In this respect I am personally convinced that only a solidarity-based health system within a well-functioning societal security system will ensure comprehensive, high quality care accessible for all.”