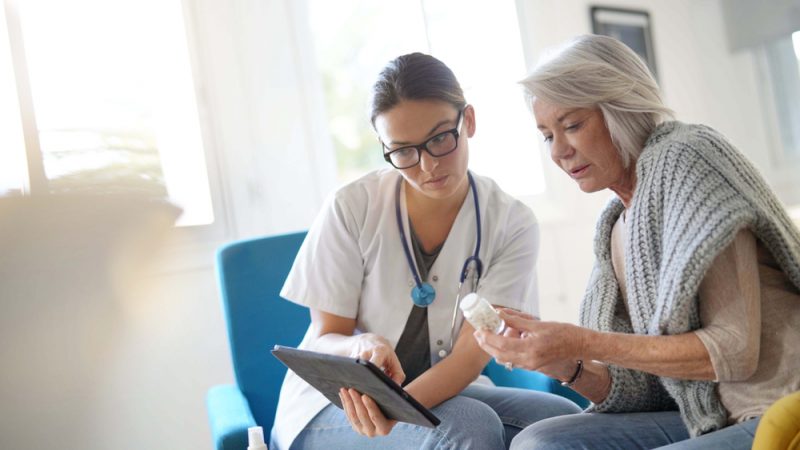 Misuse of antibiotics together with insufficient infection prevention and control in hospitals are the main drivers for increasing antimicrobial resistance. [goodluz / SHUTTERSTOCK]

The AMR threat has long been well known in expert circles, “but that has not always translated into political momentum or societal recognition of the magnitude of the problem,” Cristina Pricop, a policy officer for a healthy recovery at the European public health alliance (EPHA), told EURACTIV.

The pandemic, despite first redirecting resources away from AMR, exposed the need for collaboration and “the weakness of European and global health systems when faced with cross-border health crises,” Pricop said.

As a result, she added, “we now see AMR featuring more prominently on the political agenda”.

The 2021 Declaration of the AMR European Patient Group states that the pandemic had underlined the need to understand the complex connections between bacterial and viral infections, as the heavy use of antibiotics in COVID-19 patient treatment might result in increasing AMR.

Furthermore, it is likely that some might have been taking antibiotics to fight the virus even though antibiotics do not kill viruses.

Laura Cigolot, coordinator of the health first Europe AMR Patient Group at the EU level, told EURACTIV that “people sometimes do not realise that antibiotics only cure when there is a bacterial infection, not the virus”.

A 2018 Eurobarometer survey on AMR showed that the majority of EU citizens know that antibiotics do not treat colds, that unnecessary use of antibiotics makes them ineffective, that taking them has side effects and, finally, that treatment must be in line with the doctor’s recommendations.

However, almost half of the respondents incorrectly replied that antibiotics kill viruses.

For EPHA’s Pricop, the findings of the latest Eurobarometer show virtually no improvement on the previous one on the same theme.

AMR has been on the radar of the EU and G7 for years, but antibiotics misuse, together with insufficient infection prevention and control in hospitals, continues to be the main cause of the development of AMR, ECDC reports.

AMR is particularly dangerous for patients with lowered immune defences as it involves the ability of microorganisms to evolve and resist antibiotics, leading to increasingly untreatable infections.

Pricop highlighted that it is often forgotten that AMR is not only a scientifically and financially complex issue. “[It] is, at its core, about lived human experience and struggle. Patients may go to the hospital prepared for a battle against a certain disease but then discover they were completely unprepared and uninformed about the dangers of AMR,” she said.

Cancer patients, in particular, rely on antimicrobials as a key element in their treatment and are therefore particularly threatened by the rise of AMR.

ECDC reports that each year, more than 670,000 infections due to bacteria with AMR occur in the EU/EEA, taking as many as 33,000 lives and incurring costs of about €1.1 billion to health care systems. But this is set to drastically worsen, with AMR poised to become a bigger killer than cancer by 2050.

To fight the antimicrobial resistance, the AMR patient group urged in their declaration European and national authorities to act in three “macro-areas”: education, prevention, and investment.

“There is already enough heavy evidence that AMR is the silent tsunami, which will also be the next pandemic by 2030. We really need to educate more, not only patients but also in schools, among the general population, and also, of course, within the hospital settings as well,” Cigolot said. 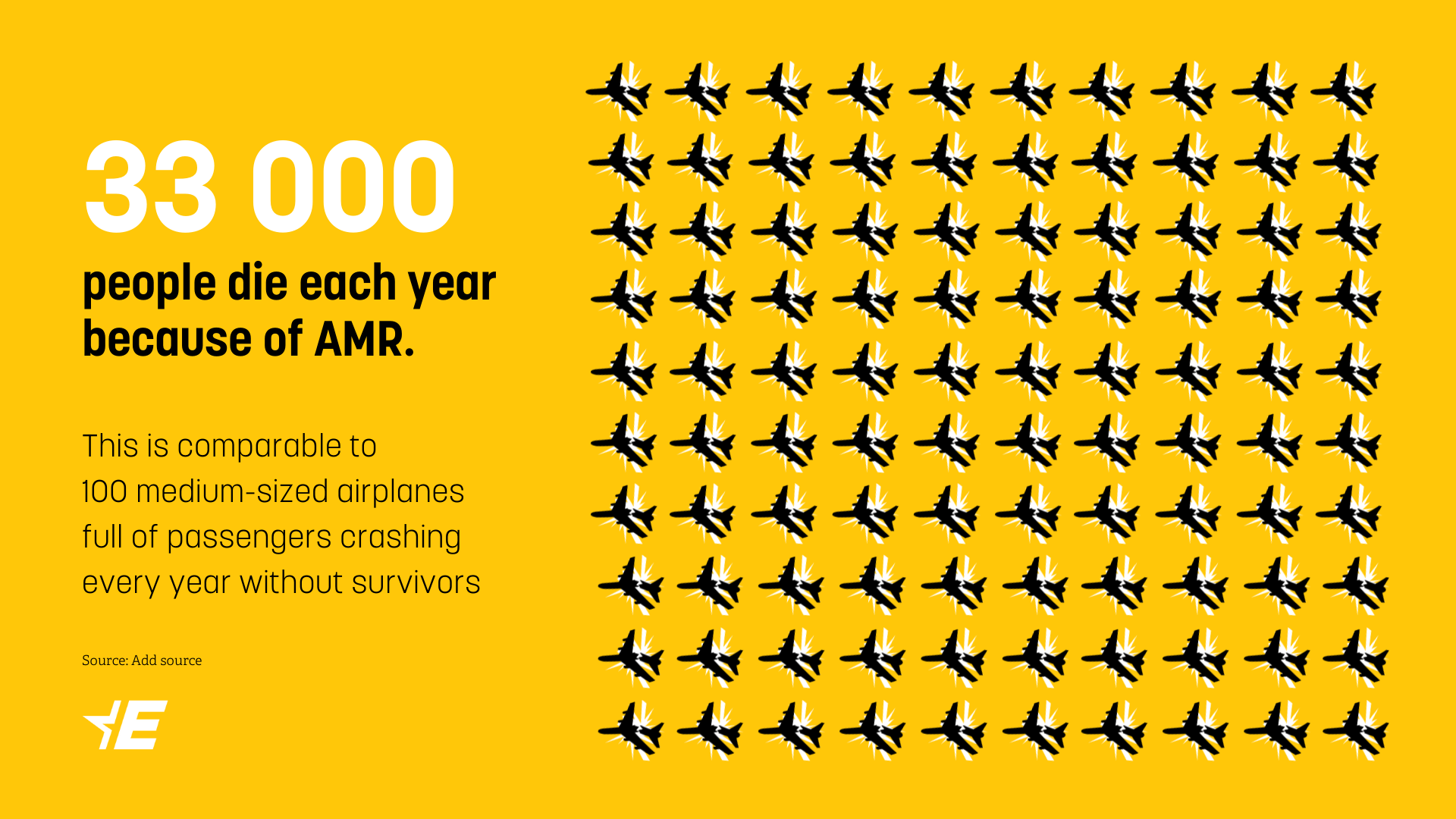 Differences across South and North

The situation with AMR varies across the bloc.

Eurobarometer data shows that almost half of those polled in Italy have taken antibiotics in the last 12 months, compared to around a quarter in Germany, the Netherlands, and Sweden.

“In Europe’s South, in Italy, in Greece, in Spain, we have a huge consumption of end-use antibiotics. And so this ultimately increases the phenomenon of AMR,” said Cigolot.

She gave an example of patients choosing to treat tonsillitis with antibiotics while “a simple paracetamol can treat this viral infection, unless, of course, it’s a bacterial infection”.

ECDC report on Antimicrobial resistance in the EU/EEA in 2019 has revealed higher percentages of AMR in Southern and Eastern Europe. Pricop explained that this “may be a result of the capacity challenges they face, including screening procedures for patients who carry resistant bacteria and ability to isolate them”.

Another issue can be the availability of new antibiotics, as “in many countries across the continent some antibiotics are simply not commercially launched even despite and after being approved by the authorities because it is not considered lucrative for companies,” Pricop said.

The situation is much better in Nordic countries, according to Cigolot. She added that AMR is in the limelight for the health professionals community, who ”prefer to use different types of treatments, but not antibiotics”.

Despite the changes across the EU, Pricop highlighted that AMR is a cross-border threat at a global scale therefore “While local challenges may need tailored solutions, European vision and coordinated action remain essential”. 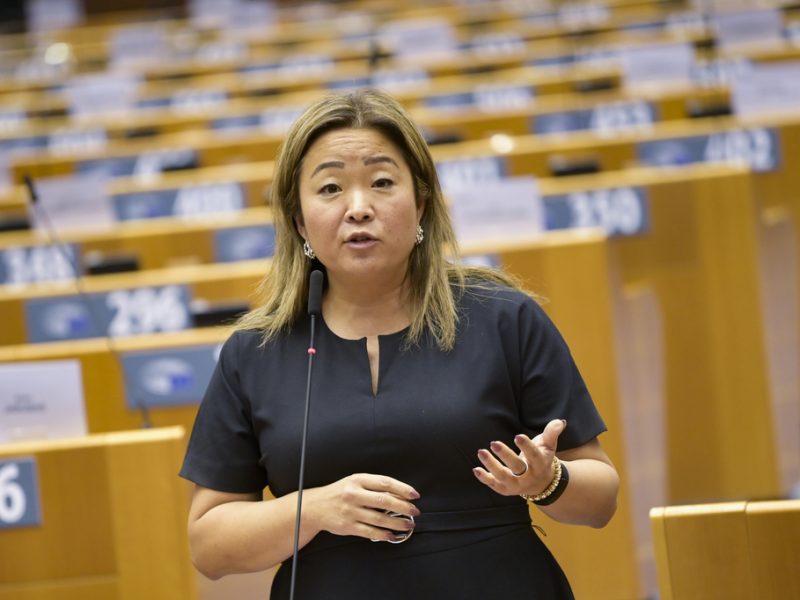