Critics suggest that a rising population will inevitably increase the consumption of medicines and if no action is taken, then pharmaceuticals into the environment will increase with “detrimental” effects for human health. [Shutterstock]

The debate about the environmental impact of pharmaceuticals has recently heated up again in Brussels, with environmentalists and the water industry calling for immediate legislative measures.

“The Communication is at an advanced stage, but has been held up by the glut of legislative initiatives in recent weeks, and for that reason might not be adopted in the near future. We do not have a definite date yet,” the official said.

Asked whether the communication, which has been stuck since 2015, will include a legislative element, the official replied diplomatically that legislative proposals have to undergo a detailed cost-benefit analysis, or impact assessment in EU jargon.

“The Communication can include commitments to actions that don’t require impact assessment, and might include actions to further investigate the possibility of making some legislative proposals at a second stage.”

“This two-stage process was foreseen in the Directive as regards priority substances in the field of water policy (2008/105/EC, as amended by 2013/39/EU – Art 8c) that required the strategic approach,” the EU official emphasised. 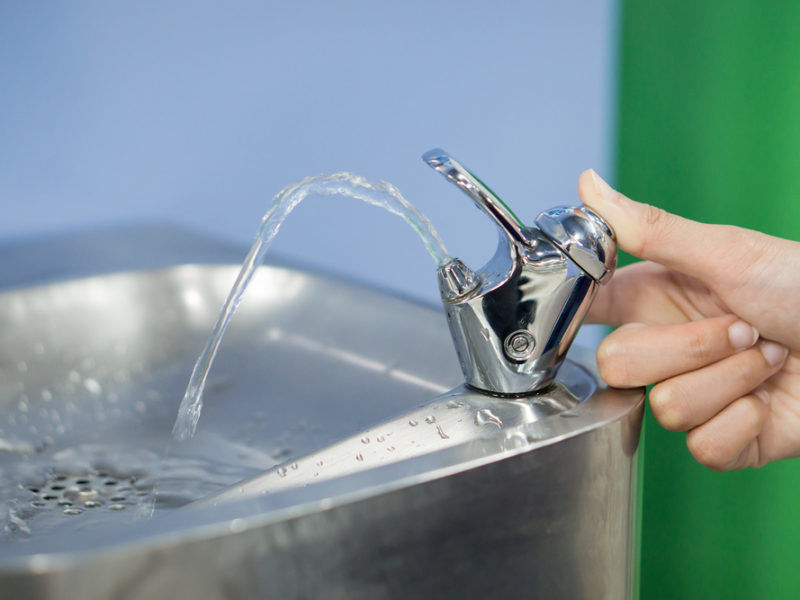 The steady ageing of Europe’s population will result in an increased consumption of medicines, which will consequently lead to higher concentrations of pharmaceutical residues in the aquatic environment and pose potential threats to public health, a new study has warned.

Several environmental NGOs have recently asked European Commission Vice-President Frans Timmermans in a letter to take action and tackle pollution from pharmaceutical plants, which is “harming ecosystems and leading to the development of antimicrobial resistance (AMR)”.

The NGOs are focusing both human medicines and the use of antibiotics in livestock, saying that the EU executive should come up with a “regulatory response” to this critical issue.

Critics suggest that a rising population will inevitably increase the consumption of medicines and if no action is taken, the amount of pharmaceuticals in the environment will increase with “detrimental” effects on human health.

The water industry warns that pharmaceuticals find their way into the aquatic environment through different pathways, which has a direct impact on groundwater and surface water pollution.

Referring to the CIVITY study, the German Energy and Water Association (BDEW) says the total quantity of medicinal drugs for human use would rise by 68.5% by 2045.

Martin Weyand, General executive manager Water/ Wastewater and member of the board at BDEW told EURACTIV that in Germany a lot of pharmaceuticals reach communal wastewaters because of wrongful disposal.

“Many people flush them down the toilet. When talking about veterinary medicines – they reach the waters in a predominantly diffuse manner,” he said.

He explained that the water industry alone has only limited ways of responding to this problem and that there was a need to explore new ways to make pharmaceuticals “biodegradable”.

“Not all residues can be eliminated within wastewater treatment plants. Solely implementing ‘end-of-pipe measures’ in the water industry is not enough,” he noted, underlining that legal and non-legal measures should be the answer to this environmental challenge.

The Guardian reported earlier this month that the EU executive would not make ambitious legislative proposals to oblige environmental risk assessments for drugs.

According to a document seen by EURACTIV, the Commission is focusing on the medicines consumed by humans and says that their “non-essential consumption could significantly reduce the problem at source”.

However, it seems that the executive is adopting a theoretical rather than practical approach to the issue, as it does not proceed to any specific legislative proposal and instead calls for public information campaigns.

In addition, the executive advocates the use of “greener” pharmaceuticals by increasing the funds for research and boosting the dialogue between water-treatment and the pharma industry.

The European Commission is proposing for the first time to regulate pharmaceutical pollutants in surface water, citing their potential health hazards to humans and aquatic life.

In early June, the trilogue about the revision of the Veterinary Medicinal Products regulation concluded successfully, putting in place further measures to reduce the consumption of antibiotics on livestock farms.

According to the European Surveillance of Veterinary Antimicrobial Consumption (ESVAC), livestock consumption of antimicrobials in the EU has declined over the past years and European farmers expect this trend to continue in the future.

Weyand admitted there has been a decrease in the usage of veterinary pharmaceuticals but insisted it is still important to control the number of antibiotics used in the farming sector.

“In France and in the Netherlands, farmers have made efforts to stop the overconsumption of medicines, but it depends on the livestock model that the farmer is following. If one has an intensive livestock, then consequently more medicines and antibiotics are used,” Weyand said.

Referring to the post-2020 Common Agricultural Policy (CAP), he called for a closer link to environmental issues.

“We would like to see a “blueing” of the CAP and a better link with water legislation. In this context, we think that subsidies and income support should always be linked to the environmental performance and the respect of environmental legislation – which would be reflected in a sustainable livestock.”

“At the end of the day we need a strong and coherent legislation for the authorisation of environmentally-oriented pharmaceuticals […] there is no doubt that humans must and will get the medicines they need. When possible it should be up to the consumer to choose. Sustainable alternatives are important,” he explained.

“Therefore the next Commission will have to come up with a strong and hopefully ambitious legislative proposal,” he concluded.

EU Health Commissioner Vytenis Andriukaitis told EURACTIV that with the Veterinary Medicinal Products regulation, we will be able to have in our hands a very strong track and trace system of the use of antibiotics.

“It will be mandatory and very important to receive data in order to be able to control how we use antibiotics in animal healthcare.”

“It can help us propose a proper use of antibiotics, not, of course, to deny antibiotics, as it is a very good tool. But only in proper use,” he said.

The European Parliament, in agreement with EU member states, has added 12 new substances to the EU priority list of pollutants known to pose a risk to surface water. For the first time, three pharmaceuticals will also be included on a "watch list" of emerging pollutants that could one day be added to the priority list.

“This ensures that only safe and effective products of the highest quality are approved for sale in Europe,” Roxane Feller, the secretary-general of AnimalhealthEurope, which represents the animal medicines industry in Europe, told EURACTIV.

The industry says that for animal medicines, this approval process includes an environmental safety assessment. And if the benefit-risk assessment for any product is deemed negative by authorities, the license can be denied on environmental grounds.

“Required under EU veterinary medicines legislation since 1992, the very foundations of the EU approval process for all animal medicines are built on a One Health approach, with procedures evaluating the safety for the user; the animal; the consumer and the environment – right from the outset,” Feller added.

Unused pharmaceuticals, which end up in the environment, such as in groundwater, pose a major threat to public health and the environment, by leading to the development of antimicrobial resistance (AMR) in humans.