High cholesterol on the rise among young people 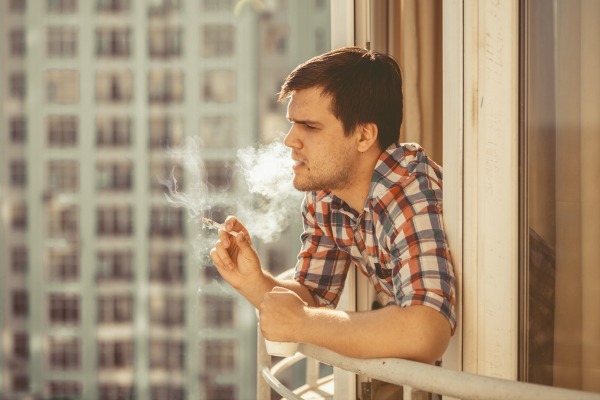 Out of 100,000 heart disease incidents in France, 20,000 affect under 45-year-olds. Yet society does not realise the risk of hypercholesterolemia in younger people. EURACTIV France reports.

Young people are not usually associated with heart diseases, but their dietary habits are putting them more and more at risk of high cholesterol.

Hypercholesterolemia, or the excess of cholesterol in the bloodstream, increases the risk of heart disease and stroke, especially when combined with early age smoking.

According to the French Federation of Cardiology (FFC), heart disease was responsible for 28% of all deaths in France in 2008. It is a silent killer that cannot be detected through simple blood tests. The French Academy for Medicine called for hypercholesterolemia screening in young people back in 2005.

“Almost 50% of people that suffered heart attacks at an early age, which can often be fatal, were not screened. Screening could have ensured urgent and important measures to tackle cardiovascular diseases,” claimed the Academy for Medicine in a recommendation to the French government in 2005.

Professor Ferrières, from the French Federation for Cardiology believes that more can be done to prevent hypercholesterolemia in young people. He claimed that prevention in France is insufficient.

“The problem with French society is that it concentrates on curative instead of preventive measures. Regarding hypercholesterolemia, paediatricians could concentrate on prevention, but they have too many time constraints. They are overwhelmed by seasonal diseases,” Ferrières says.

Therefore, efforts are insufficient even though it is well-known that early and efficient treatment could reduce strokes and heart attacks.

Young smokers with hypercholesterolemia increase the risk of health complications. This has become evident as the number of young smokers across the EU28 continues to increase.

A study by the European Commission carried out in all member states shows that 5% of 13-year-olds smoke on a weekly basis. This percentage increases to 8% in the Czech Republic, Estonia, Lithuania, Romania and Slovakia. These trends lead to strokes and heart attacks from as young as 25-years-old.

“Hypercholesterolemia and tobacco is a potent cocktail. This is especially true for young women who are on the contraceptive pill. It can lead to serious cardiovascular problems,” said Professor Jean-Michel Mecerf, from the Pasteur Institute in Lille.

“The food we consume contains high levels of fat and protein. We should eat less meat, and more fruit and vegetables to lower our cholesterol levels,” said professor Ferrières.

In Health at a Glance: Europe 2012, a study on health and health systems in 35 European countries, the European Commission emphasised the importance of a balanced diet from a young age.

“Childhood is an important period for forming healthy behaviours […] Studies show that locally focused interventions, targeting children to 12 years of age can be effective in changing behaviours,” states the report.

>> Read:  Sport touted as the best medicine against heart disease

In France, heart diseases are responsible for approximately 28% of deaths in 2008, according to the French Federation for Cardiology (FFC).