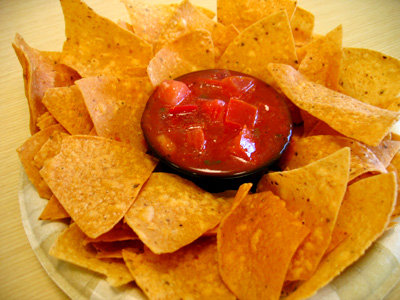 Food considered to be unhealthy, including crisps, soft drinks and chocolate bars, are now subject to a new tax in Hungary. The new law, introduced on 11 July, is aimed at "improving the health of the nation".

Initially called 'the hamburger tax', the measure was dubbed 'crisps tax' or 'fat tax' after the Hungarian government decided that it would not affect fast food restaurants.

The plan is to impose a 10 forint (3.7 eurocent) levy on products that contain "too much" salt, sugar, or fat, while increasing the tax on liquor and soft drinks by 10%, according to the Global Post news website.

The bill will be put to parliament this summer and in all likelihood will easily pass, said Gabor Csiba, the author of the bill, who is president of the Strategic Alliance for Hungarian Hospitals and a member of the ruling Fidesz party.

Fidesz has an absolute majority in parliament and was able to pass a series of controversial bills including a media law, a new constitution which is now being scrutinised by the Council of Europe, and a retroactive 'crisis' law which prompted European firms to file a complaint with the European Commission.

If Hungary does proceed with its 'fat tax', as seems likely, it would be the first country in the world to do so.

The US state of Washington levies a $0.02 tax on every bottle of soda. Romania had considered a more ambitious taxation scheme to raise 700 million euros a year, but shelved the idea in March, deciding that it would have been inappropriate at a time when food prices were rising dramatically.

In Romania, the average family spends nearly 40% of household income on food, almost seven times the share in the United States. Only 8% of Romanians are considered obese.

FoodDrinkEurope, a trade group representing the European food and drinks industry, says the proposed tax is "discriminatory" because it targets specific types of food and tends to hit low-income groups hardest.

It says such taxes are cumbersome to collect, economically damaging and have no proven potential to improve eating habits. Danish obesity rates, it says, have risen despite having a tax on candy since 1922.

According to DPA agency, Hungarians – heavy smokers and drinkers whose traditional diet is rich in pork, fat and salt – have one the lowest life expectancies in the European Union. However, the new law does not cover traditional Hungarian cuisine, like deep-fried goose fat.