In vitro diagnostics regulation to be progressively rolled out amid delays 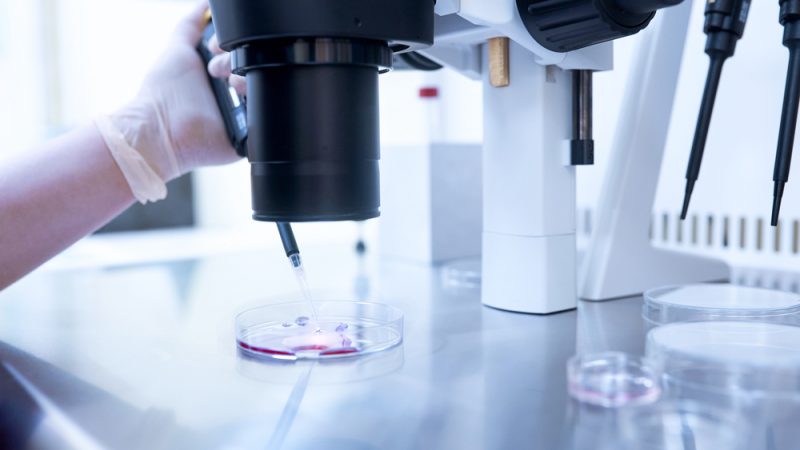 In vitro diagnostic medical devices are tests used on biological samples to determine the status of a person's health. [ANDREI/SHUTTERSTOCK]

The European Commission has proposed a progressive roll-out of the regulation on in vitro diagnostic medical devices (IDVs) in a bid to fight shortcomings. However, MEPs criticised the lack of notified bodies to assess their conformity and the delays of more than a decade in their application.

In vitro diagnostic medical devices are tests used on biological samples to determine the status of a person’s health. They range from self-tests for pregnancy and blood glucose tests for diabetics, to sophisticated diagnoses performed in clinical laboratories. Other examples of IDVs are HIV tests or COVID-19 tests.

The EU rules for placing medical devices on the market, including in vitro diagnostic medical devices, was put forward in the 1990s but technological and scientific progress urged for an update.

Therefore, the European Commission presented a pair of proposals for regulations in September 2012, to update the framework and improve the safety of medical devices.

However, it took 5 years from that date until the adopted texts on in vitro diagnostic medical devices, together with the text on medical devices, were published in the Official Journal on 5 May 2017.

This new In Vitro Diagnostic Medical Device Regulation (IVD Regulation) is planned to apply from 26 May 2022 but the Commission has recently recommended “a progressive roll-out.”

“We are suggesting a gradual approach with more or less one class kicking in every year,”  Anna Eva Ampelas, head of the unit of medical devices and health technology assessment at the Commission’s DG SANTE, told MEPs in the European Parliament’s health committee (ENVI) on 27 October.

Although regulation entered into force four years ago, the Commission is highlighting the need for legislative action to avoid significant disruption in the supply of various essential in vitro diagnostic medical devices on the market.

Ampelas said this proposal comes from calls for action made to the Commission both from the parliament and also from the Council and stakeholders, naming a letter to the Commission sent in May from “a number of MEPs”, and Council conclusions from 15 June 2021.

“We share many of those concerns,” Ampelas said and the shortage of notified bodies – organisations designated by a member state to assess the conformity of products before they are placed on the EU market – and their capacity are the biggest ones.

Health Commissioner Stella Kyriakides said that “shortages at this point in time are unthinkable” but warned that “the pandemic has imposed unprecedented challenges also for our medical devices industry”.

Ampelas added that the pandemic had a very negative impact on the sector. “The focus had to shift from preparing for the implementation of this very important regulation to doing a lot of actions in relation to the COVID-19 issues,” she said.

Under the new regulation, 80% of the IVDs are subjected to notified body control, meaning that about 24,000 IVDs devices would need to pass through a notified body, according to Ampelas.

She warned that “it would be very difficult to make sure that all those 24,000 would be able to go through the very long certification process before the date of application.”

At the time, 3,300 IVDs need to pass a notified body.  “This is really a dramatic change,” said Ampelas, pointing out that only six notified bodies were designated under the new regulation compared to 18 under the directives.

European lawmakers expressed support for the Commission’s proposal but remained critical about the delays.

Margrete Auken, Danish MEP from Greens, highlighted that by the time regulation is implemented, stakeholders will have had five years to make the transition to the new rules. Therefore the pandemic “cannot be used as a continuous excuse to delay much needed higher safety standards and framework for in vitro diagnostics”.

Peter Liese, the health coordinator for the Christian Democrats and a former rapporteur for the regulation, said delays are caused not “only by the COVID-19 issues, it’s also that some preparatory work by the member states and the Commission was also not done in time.”

German liberal MEP Andreas Glück also agreed with the postponement and brought attention to the lack of notified bodies which is at the core of the problem.

How the progressive roll-out would function

The application date on 26 May 2022 will remain and will mainly apply to new IVDs that are placed on the market after that date, as well as to those devices which do not require a notified body involvement.

The transition period will be granted for those devices that are already on the market.

“This phase in approach based on the risk classes is important to avoid any potential shortages, which will also have quite detrimental effects on the health and safety situation,” Commission’s Ampelas said.

For in-house devices, the Commission proposed to defer the application for two years until 2024.