This article is part of our special report Tobacco control: What’s next?.

Romanian President Klaus Iohannis accused the country’s socialist government on Tuesday (26 March) of failing to inform citizens about tobacco-related risks and ignoring prevention as a tool against smoking. EURACTIV.com reports from Bucharest.

Addressing a Global Forum on Human Rights and a Tobacco-Free World in Romania, Klaus said an increasing number of Romanian citizens now understand that they need to have a healthy lifestyle and be up to date regarding the impact of harmful habits such as smoking.

“The individual responsibility, though, needs to be accompanied by the responsibility of the authorities. Unfortunately, the current government has failed to encourage prevention,” Iohannis told the forum, organised by the European Network for Smoking and Tobacco Prevention (ENSP) and the US Action on Smoking & Health (ASH).

“For them, this is not a priority. Despite the promises the politicians made, I don’t see any efficient information campaigns that would explain the tobacco risks to the people,” he added.

The Romanian head of state added that there was an overall problem of ignoring prevention in the country’s healthcare system and stressed that the health of current and future generations should be above any short-term electoral objectives.

“Even though the results of the prevention are not obvious immediately they do generate benefits in the long run […] the children should be aware of what prevention means and encourage them to healthy habits.”

Iohannis, who is known for his anti-tobacco activity, said Romania’s decision to ban smoking in closed public areas was “mature and responsible” and put Romania in the company of other countries that are concerned about the risks of tobacco.

He said Romania had become a role model for the neighbouring Republic of Moldova, which also imposed a smoking ban in enclosed public places in May 2016.

“Our country ratified the WHO Framework Convention on Tobacco Control (FCTC) in 2005 as we know that smoking is an important factor of pulmonary cancer and cardiovascular diseases. Tobacco control policies are extremely important in order to protect the right to health and, therefore, our role becomes fundamental,” Iohannis added. 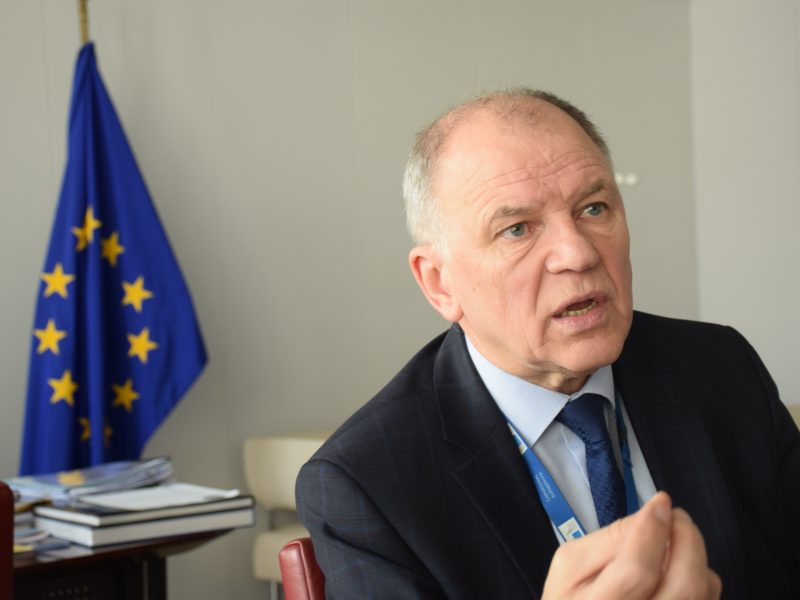 The next European Commission will propose strengthening tobacco regulations, based on a report showing how the Tobacco Product Directive (TPD) works in practice, the EU Commissioner responsible for health, Vytenis Andriukaitis, told EURACTIV.com in an interview.

The conference aims to bring together global leaders in health and human rights in order to coordinate the fight against tobacco and upgrade it to the level of a human right.

EU Health Commissioner Vytenis Andriukaitis said FCTC was a remarkable international tool that tackles tobacco control in a comprehensive manner and is grounded in human rights.

“If we can implement the FCTC at regional and country level, we will take a giant step towards preventing and controlling non-communicable diseases like lung cancer and cardiovascular disease,” the EU official said.

Andriukaitis said there was already strict regulation in place but some EU countries, such as the UK and France, have gone further by introducing plain packaging.

The Lithuanian politician added that new products such as heated tobacco and electronic cigarettes are a particular challenge.

“The market share of these products is rapidly growing and I am worried that some of these are especially attractive to young people.”

“We cannot allow these new products to circumvent our existing tobacco control measures, such as smoke-free environments or comprehensive bans on advertising, promotion and sponsorship,” Andriukaitis said.

Speaking on the sidelines of the event, Laurent Huber, ASH’s director, told EURACTIV that the main challenge is the tobacco industry itself.

“It’s motivated by economic objectives and not public health and at the country level, it often targets finances ministers and other sectors,” he said.

“We need to convince the governments that it’s up to them to take the control, not the industry, and impose a timeline to assess the impact on human rights of tobacco products,” Huber added. 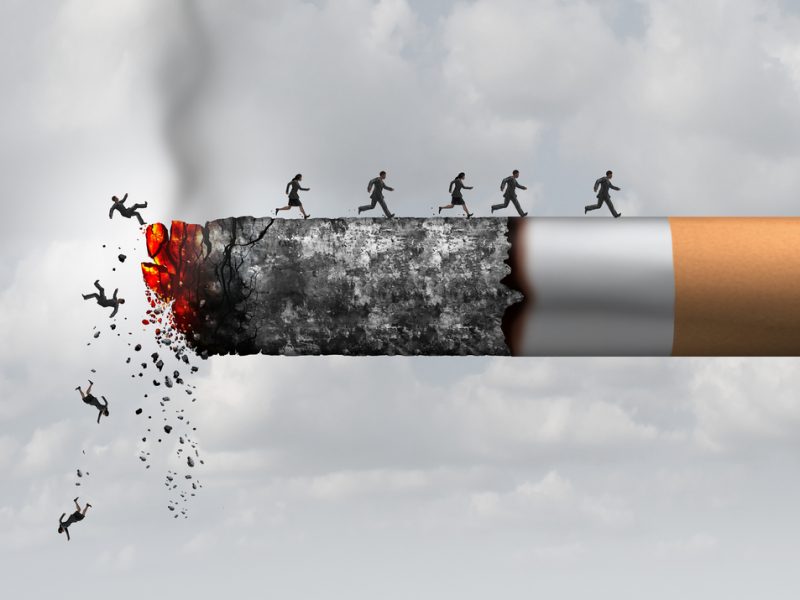