The EU Commission has repeatedly said that the Council recommendation should not remain a “piece of paper” and member states should be serious in taking specific action on the issue. [Shutterstock]

“EU leaders have a critical role to play by building on the 2017-2019 momentum on vaccination and supporting the implementation of the goals laid out in the Council Recommendation in the EU member states,” the President of Vaccines Europe, Pascale Mauran, said on Wednesday (6 March).

EU member states adopted in late 2018 a European Commission recommendation on strengthened cooperation of all stakeholders against vaccine-preventable diseases.

The EU executive’s action came at a time when anti-vaccination campaigns are on the rise across Europe as well as “forgotten” diseases such as measles re-appeared. 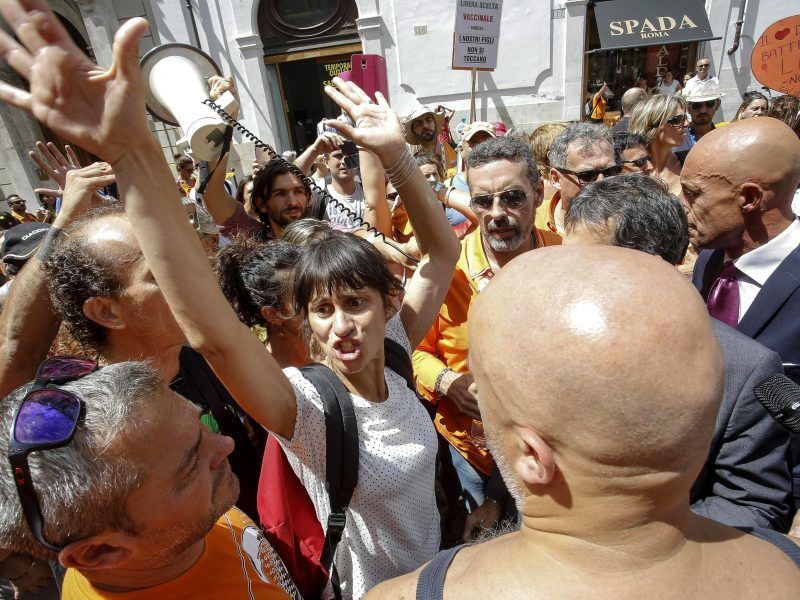 According to the European Centre for Disease Prevention and Control (ECDC) data, notable increases were reported in Poland, Slovakia and Lithuania in December 2018.

The Commission will come up with an implementation roadmap on vaccination by the end of March, sources said, but an EU Commission spokesperson did not confirm the date.

“We are preparing a roadmap and some of the activities are already taking place,” the EU spokesperson told EURACTIV, adding that there is more to come with the approval of the Working Programme 2019.

On 4 March, the kick-off meeting of the EU Commission’s Coalition on Vaccination also took place in Brussels, bringing together European associations of healthcare workers and relevant students’ associations in the field.

“By being the first interlocutors in delivering correct information on vaccination to their patients, the role of healthcare workers in making the lives of all of us safer is immense,” the Lithuanian said.

The EU Commission has repeatedly said that the Council recommendation should not remain a “piece of paper” and member states should be serious in taking specific action on the issue.

Asked what can be done to ensure that member states implement the plan, the EU spokesperson replied: “It is worth recalling the last point of the Council Recommendation, where a report on the implementation is foreseen.”

The last part of the recommendation refers to a progress report that has to be conducted on a regular basis and will measure the member states’ performance “based on indicators agreed with member states and on information from other relevant sources”.

The harmonisation of vaccination programmes across the EU is an issue that will also be put forward by the Romanian Presidency.

The Romanian EU Presidency will organise a workshop on 2 May with all heads of national vaccination programmes across the EU. According to Romanian Health Minister Sorina Pintea, the registry of vaccination will be a key issue of the conference.

Paul Blokhuis, Dutch state secretary for health, has recently proposed actions to counter the decreasing vaccination rates in the Netherlands.

The country put a particular emphasis on the need for an overall approach (parents, doctors, nurses, experts, etc.) when it comes to vaccination, tackling fake news, especially online, and strengthening the role of professionals.

“The vast majority of parents choose to have their children vaccinated. But there is also a growing group of parents who do not do that […] I want to do everything to provide them with good, reliable information. Vaccination is important not only for an individual but also for the whole society,” Blokhuis said.