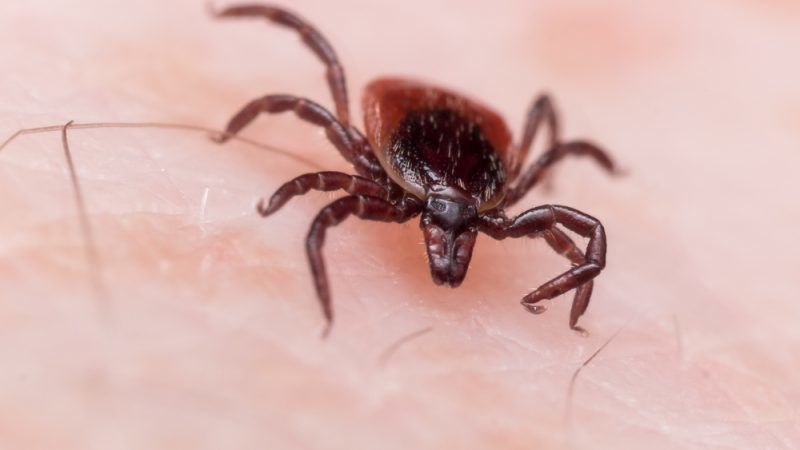 Lyme disease, also known as Lyme borreliosis, is an infectious disease caused by bacteria of the Borrelia type which is spread by ticks.

“Climate change has been implicated in the observed shift of ticks to elevated altitudes and latitudes, notably including the Ixodes ricinus tick species that is a vector for Lyme borreliosis and tick-borne encephalitis,” an expert from the European Centre for Disease Prevention and Control (ECDC), told EURACTIV. ECDC is an independent EU agency.

Lyme disease, also known as Lyme borreliosis, is an infectious disease caused by bacteria of the Borrelia type, which is transferred by tick bites.

The effects on health can be far-reaching: Lyme disease causes a rash, often in a bulls-eye pattern, and flu-like symptoms. Joint pain and weakness in the limbs can also occur. If untreated, it can lead to fatigue and meningitis. Months to years later, repeated episodes of joint pain and swelling may occur.

The ECDC expert, who spoke on condition of anonymity, explained that diagnosing Lyme borreliosis is difficult due to the complexity of the symptoms and their presentation – which make a timely diagnosis, treatment and subsequent reporting difficult.

There is currently no licensed vaccine available to prevent Lyme borreliosis.

“With an estimated 65,000 cases a year, Lyme borreliosis causes the largest disease burden of any vector-borne disease in the European Union,” the expert said, specifying that since there has not been a standardised case definition or diagnosis until very recently for Lyme disease in Europe, this figure represents only the best estimate.

The new EU case definition was published in the Official Journal of the European Union on 6 July and the ECDC expert expects that gathering of surveillance data and the understanding of the actual burden of Lyme borreliosis in Europe should now improve.

An expert from UN World Health Organisation (WHO) told EURACTIV that the broad patterns of species and biome shifts towards the poles and higher altitudes in response to a warming climate are well established.

“The spread, survival and activity of infectious agents and their vectors and intermediate hosts are also affected by changes in temperature, rainfall and humidity,” he specified, adding that many plant and animal species have shifted their geographical ranges, altered their abundance and shifted their seasonal activities (such as bird migration or pollen production) in response to observed climate change over recent decades.

“Substantial warming in higher-latitude regions will also open up new terrain for some infectious diseases that are presently limited by low-temperature boundaries,” he continued.

“Climatic changes, such as hotter and longer summers, warmer winters, and/or increased annual rainfalls could enable organisms like ticks to shift their habitats and with those potentially introducing diseases to areas previously unfamiliar with them,” he said.

The ECDC expert explained ticks are susceptible to climatic determinants, specifically humidity and temperature. Ixodes ricinus is present throughout a large part of continental Europe and there has been a documented expansion, with reports of movement into northern Sweden and to higher elevations in Austria and the Czech Republic.

Range expansions have also been described in Norway and Germany, he also said, adding that high incidence of the tick-borne disease has been reported to be linked with moderate winters and humid, warm summers in Sweden, Slovakia and Hungary, although incidence may also be affected by the influence of climate on recreational activities.

Here are the recommendations of the ECDC’s expert to prevent the Lyme disease:

There is currently no licensed vaccine available to prevent Lyme borreliosis, so the main methods of preventing infection are thus avoiding tick bites and early removal of attached ticks.

The risk of tick-borne infections is reduced by avoiding tick bites and removing ticks from the body. Ticks live on the ground and climb 20 to 70 cm onto grasses and bushes where they find hosts with the help of temperature-sensitive cells. The bite is painless, and often you will not sense a tick moving on your skin.

The best ways to avoid tick bites are to:

- use insect repellent on exposed skin;
- wear protective clothing with long sleeves and long trousers tucked into socks or boots; and
- treat socks and trouser legs with permethrin-containing insecticide.

Ticks on the body should be removed immediately. After outdoor activities, check for ticks and remove ticks by pulling them straight out with tweezers or a specially designed tick removal tool, or use your fingers if you do not have the appropriate tools at hand.

Areas to check for ticks that should have particular attention include skin-folds – groins, armpits, under breasts, waistband area, backs of knees – as ticks seek out more humid areas for attachment.

The head (including scalp) and neck area of young children should also be checked carefully, as tick bites are relatively more common at these sites in this age group.