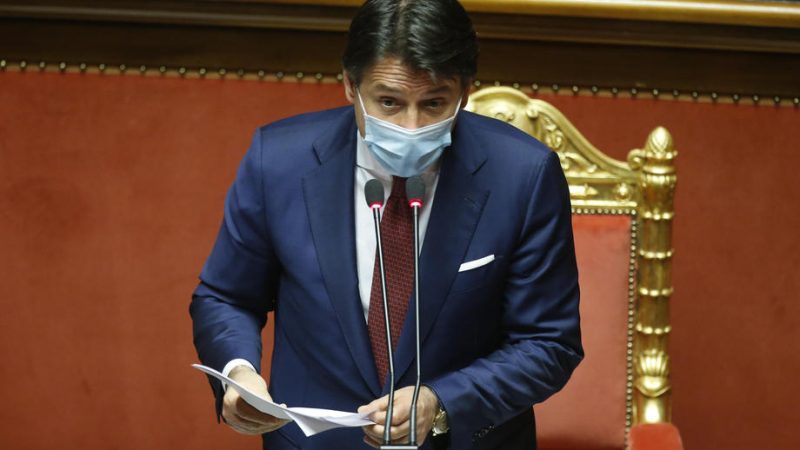 Italy will have to rethink its whole vaccination programme if supply problems persist, a senior health official warned on Saturday, after Rome was forced to cut its daily rollout of COVID-19 shots by more than two thirds.

Pfizer Inc last week said it was temporarily slowing supplies to Europe to make manufacturing changes that would boost output.

On Friday, a senior official told Reuters AstraZeneca Plc had also informed the European Union it would cut deliveries of its COVID-19 vaccine to the bloc by 60% because of production problems.

“This is unacceptable,” Conte said in a Facebook post. “Our vaccination plan … has been drawn up on the basis of contractual pledges freely undertaken by pharmaceutical companies with the European Commission.”

Italy, which is using vaccines by Pfizer and Moderna Inc as AstraZeneca awaits clearance for use of its vaccines across the EU, says Pfizer deliveries were 29% lower than planned this week and would be down 20% next week.

The head of Italy’s higher health council, Franco Locatelli, told a press conference they were expected to return to agreed levels from 1 February.

Rome has threatened to sue Pfizer.

Conte said expected delays in the vaccine by AstraZeneca were even more worrying, adding Italy would receive 3.4 million doses instead of 8 million in the first quarter if the 60% reduction were confirmed.

He added the heads of AstraZeneca Italy had confirmed the reduction in production capacity at a meeting on Saturday with Italian Health Minister Roberto Speranza and COVID-19 Special Commissioner Domenico Arcuri.

“Such delays in deliveries represent serious contractual violations, which cause enormous damage to Italy and other countries,” Conte said.

“We’ll use all available legal tools as we’re already doing with Pfizer-BioNTech,” he added.

The European Medicines Agency will rule on the AstraZeneca vaccine on 29 January and Locatelli said Rome would have to reassess immunisation plans after that.

So far 1.31 million doses of vaccine have been injected in Italy, corresponding to around 70% of deliveries, placing Italy second in the EU after Germany. Nearly 40,300 people have completed the vaccination cycle after receiving the second dose.

One response to “Italy says delays in vaccine supplies unacceptable”