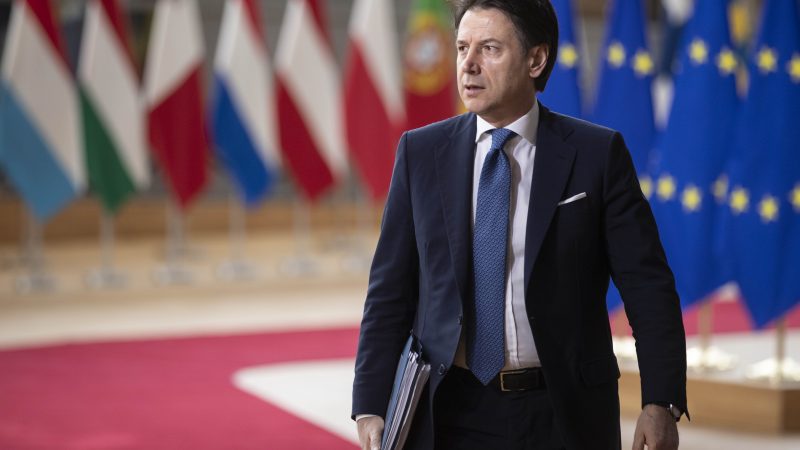 The number of people confirmed having contracted the coronavirus in northern Italy rose to 16 on Friday (21 February) but Prime Minister Giuseppe Conte said the country is prepared to manage the outbreak and people don’t need to be worried.

Speaking to reporters at the end of a special EU summit on budget, Conte took the opportunity to reassure the public about the outbreak of coronavirus in Northern Italy.

“We were prepared for this, we had a plan in place and we’re implementing it. People don’t need to be worried,” he said.

He also added that at this stage, Italy has not considered suspending the Schengen borderless system.

“I absolutely hope not, but we are checking all the cases of people who have come in contact with the infected ones and the number could increase by a few more cases,” Conte said, adding that the important thing is to take all measures to prevent the spread.

Conte will join the operational committee of the civil protection tonight, immediately after he lands in Rome.

“We follow [the developments] with the utmost attention. There is the maximum collaboration with the national and local health authorities and I’ve been in constant contact with Italy despite my commitment in the European Council,” he said.

Conte also announced that an order by the Veneto region governor is about to come, while orders from the Health Ministry and the Lombardy region have already been published.

“The situation is under control and we will always adopt stricter, more rigorous and precautionary measures,” he added.

None of the new patients are believed to have visited China, but patient zero, a 38-year-old man from the town of Lodi, fell ill after meeting a friend who had recently been there.

At the moment, roughly 250 people have been put in isolation, 150 of whom have been in contact with the first spreader.