Vice President Jyrki Katainen on his debut as Commissioner in charge of health and food safety, replacing Vytenis Andriukaitis. [EC/BOULOUGOURIS]

Katainen sought to allay concerns about the EU’s Brexit preparedness in the field of health and food safety, a responsibility he temporarily inherited from Health Commissioner Vytenis Andriukaitis, who is currently on unpaid leave to run in Lithuania’s presidential elections.

“A no-deal scenario will be very disruptive for both sides,” Katainen said, adding that health and food safety areas are not excluded from this general concern.

However, he also repeated several times that the EU is well prepared, a common leitmotiv in the no-deal series of press conferences that the Commission is holding this week.

Moscovici on no-deal Brexit: 'We are as ready as we can be'

Recently, the UK Health Secretary Matt Hancock said in a parliamentary hearing that medicines will be prioritised over food in case of no-deal Brexit.

No risk for medicine supply

Asked by EURACTIV if the Commission agrees on such a ranking, Katainen tried to deny any trace of competition between the two sectors.

“We cannot prioritise medicines over food safety, as both are important,” he said, adding that the EU has good means to address both challenges.

“When it comes to medicine, we have been working very hard over the last two years together with the European Medicines Agency and national authorities to ensure that everyone is prepared, especially the industry,” he added.

A particular area of concern could be the granting of the same administrative transfers for testing medicine batch production, normally conducted in the EU.

The EU will provide the UK of a certain degree of flexibility, as in the case of transitory batch releases produced in the UK that for very good reason cannot be transferred in the EU for testing.

The EU official also added that there is no reason why the EU would have problems with the availability of medicines and that, even if member states should have from time to time problems of this kind, those could not be considered as a result of Brexit.

Asked about the risks for medicine supply coming from the EU to the UK in a no-deal Brexit, Katainen said that it is up to UK authorities to inform their citizens on this issue and he is sure they are already doing this.

“We wish all the best to the UK, but we are concentrating on protecting EU citizens,” he said.

“When the UK leaves the EU, it will be confronted with an obstacle we got rid of a long time ago: borders,” warned Katainen.

The “borders” principle means restoring controls and inspections for food items entering the EU, in order to comply with the EU safety standards, considered the highest in the world.

However, when it comes to food inspections at borders, the Commission seems less ‘prepared’, as no officials were able to explain where this controls will take place, acknowledging that “unilateral decisions are too much difficult to implement.”

The UK needs to be listed by the Commission as a third country authorised to export, otherwise no UK food products could be marketed in the EU.

Regarding food safety, the UK will be thrown out of any system of risk alerts such as the Rapid Alert System for Food and Feed (RASFF) and the Administrative Assistance and Cooperation (AAC) food fraud system.

“The UK will no longer have access to any alert system and it will be disconnected from all the databases in case of no-deal,” an EU official said, explaining that the EU cannot rely on whatever authorisation or certification they may have given.

Another EU source clarified that being thrown out of the scheme does not mean that the UK cannot have access as a third country. “If there is a problem on food safety there are other ways of communication tailored for third countries,” an EU official said. 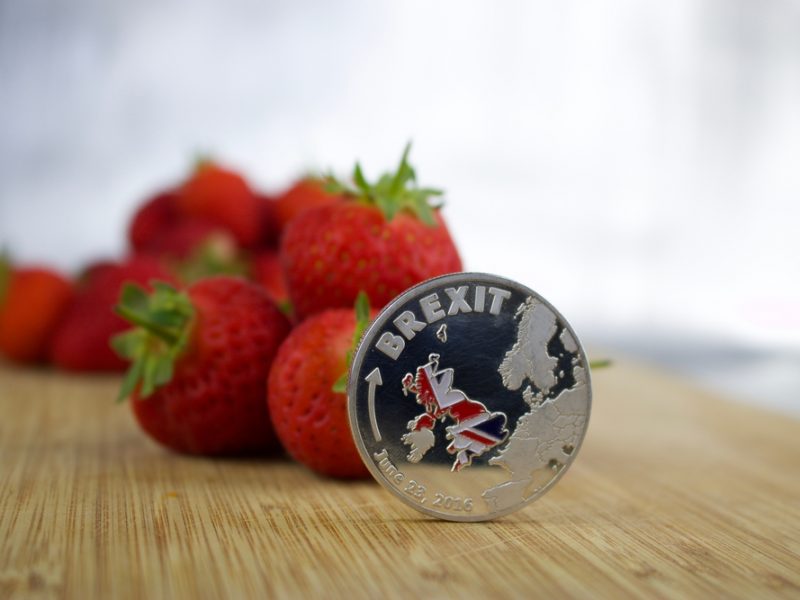 2 responses to “Katainen: Same level of priority for food and medicine in no-deal Brexit”