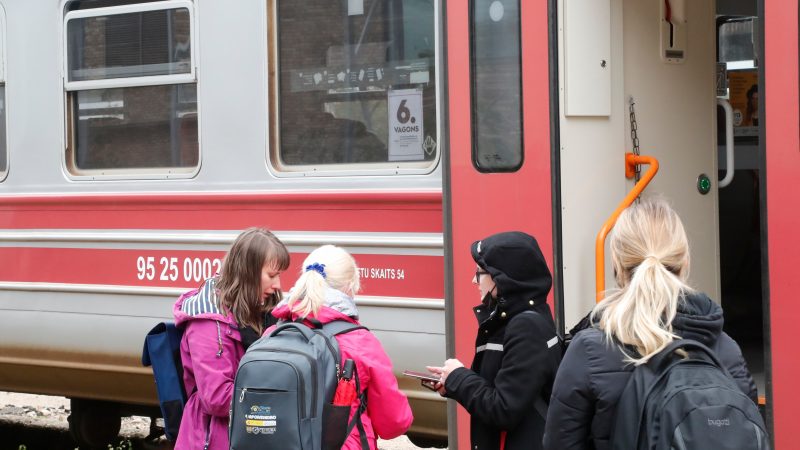 An employee of Latvian railway company checks coronavirus certificates of passangers at the 'Covid-safe' train car in Riga, Latvia, 21 September 2021. Latvian railway company offers special train cars for passengers with valid COVID-19 certificates. Others have to travel in separate carriages and they must mandatory observe protective measures. [EPA-EFE/TOMS KALNINS]

Latvia has declared a three-month state of emergency starting from Monday (8 November) following a surge in Covid-19 infections to record levels, as its vaccination rate remains one of the lowest in the EU.

The number of daily infections is now well over 1,000 in the Baltic country of 1.9 million people, overtaking the peak infection rate seen during the pandemic earlier this year.

Under the new rules, masks are now obligatory in all buildings accessible by the general public and anyone employed in government must have a vaccine by 15 November at the latest.

Unvaccinated people will only be allowed to shop for food and other essential items in designated stores and only shops considered essential will be allowed to open at weekends.

All Latvians are being encouraged to work from home where possible.

“I urge you not to gather, not to visit and to reduce your contacts,” Latvian Prime Minister Krisjans Karins said on Twitter.

“We have to turn away other patients with non-life-threatening diagnoses. Emergency medical teams cannot even respond to all calls,” Karlis Racenis, head of the Latvian Junior Doctors’ Association, said at a press conference.

Only 48% of Latvians are fully vaccinated — the fourth-worst vaccination rate in the European Union after Bulgaria, Romania and Croatia. 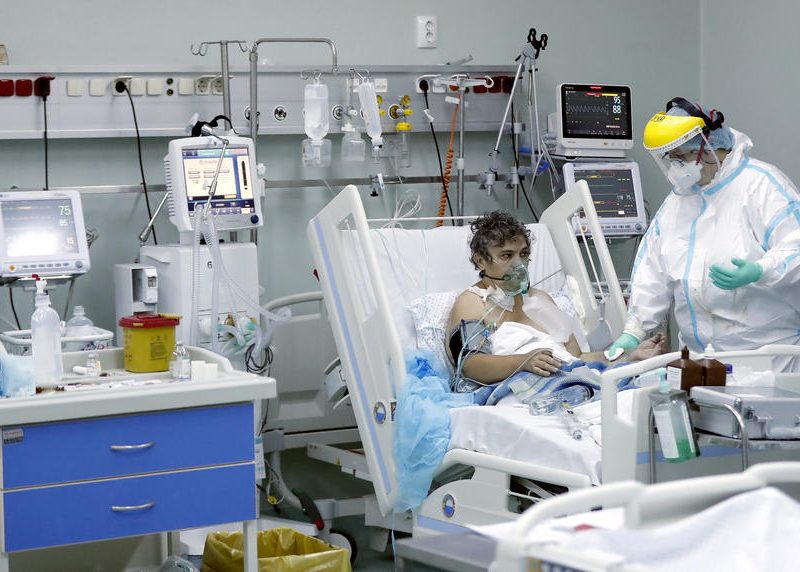 A government scientific advisory group on Monday said it would no longer work for the government after it said its advice during the summer to avoid the current fourth wave of infections was ignored.

“There must be demand from the government for academic expertise but our current experience shows that there is no such demand from the cabinet at all,” the scientists said in a statement.