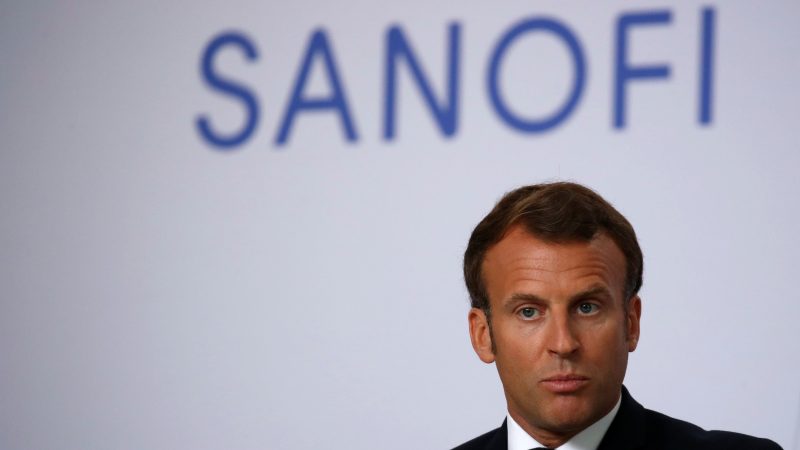 French pharmaceuticals giant Sanofi on Monday (17 May) reported positive results in trials of its belated COVID-19 jab, raising hopes that France can finally make up lost ground after falling behind in the race to develop a vaccine.

Sanofi and its British partner GSK said their vaccine candidate “achieved strong rates of neutralizing antibody responses, in line with those measured in people who have recovered from COVID-19” in Phase 2 clinical trials.

The results mark a reversal of fortune for Sanofi after disappointing results from initial trials last year left France without its own vaccine, denting national pride.

The latest trials were conducted among 722 adult volunteers.

It showed that after a second dose, the vaccine produced a “strong immune response” among adults of all age groups, with rates of seroconversion – or production of antibodies – ranging between 95 and 100 percent, Sanofi and GSK said.

The volunteers were between 18 and 95 years old.

“Our Phase 2 data confirm the potential of this vaccine to play a role in addressing this ongoing global public health crisis,” said Thomas Triomphe, executive vice president and global head of Sanofi Pasteur.

Sanofi and GSK also noted a strong immune response after a single shot in participants who had previously contracted the coronavirus, suggesting the vaccine could find success as a booster.

Sanofi and GSK said the final, Phase 3 trial will be conducted among 35,000 adults “in a broad range of countries”.

It is expected to begin in late May or early June and will test the vaccine’s efficacy against the strain first found in Wuhan, China in late 2019 and the variant detected in South Africa.

The companies expect to secure approval from regulators in the last three months of 2021 – a year after the vaccines developed by Pfizer-BioNTech and Moderna.

With around a dozen vaccines in use worldwide, and scores more undergoing clinical trials, the jab, if successful, will be joining a crowded field.

Triomphe assured however that the COVID-19 market was big enough to sustain new players.

“As we know multiple vaccines will be needed, especially as variants continue to emerge and the need for effective and booster vaccines, which can be stored at normal temperatures, increases,” he said.

The firms are combining a Sanofi-developed antigen, which stimulates the production of germ-killing antibodies, with GSK’s adjuvant technology, a substance that bolsters the immune response triggered by a vaccine.

“Most countries were waiting for the Phase 2 results to be able to initiate orders,” Bogillot said.

Sanofi has emphasised that its vaccine, like that of AstraZeneca and Janssen, can be stored at normal refrigerated temperatures, giving it a logistical edge over the Pfizer-BioNTech and Moderna shots which require ultra-cold storage.

The French company also hopes to compete on price.

It aims to offer its vaccine for €10 a shot or less.

By contrast, the average price per shot paid by the EU for the Pfizer-BioNtech jab is expected to reach €19.50 per jab for its 2022/2023 orders.

Sanofi is also developing a second vaccine with US firm Translate Bio, using the same messenger RNA technology as Pfizer-BioNTech and Moderna.

One response to “Left-behind Sanofi closes in on COVID vaccine”