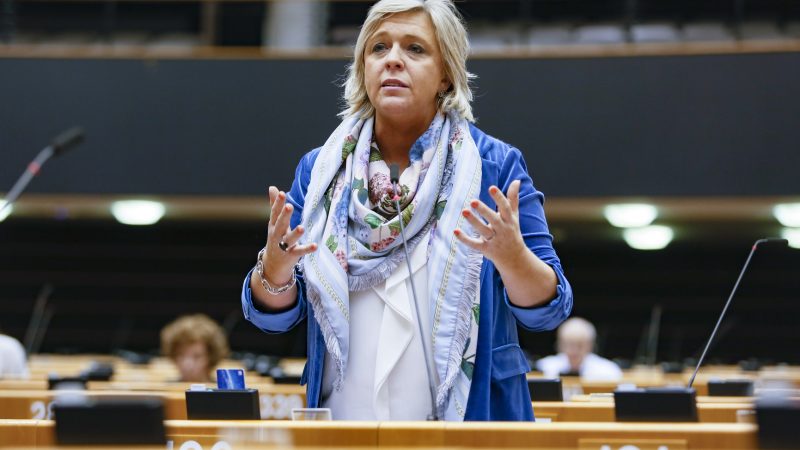 The European Commission should consider reshaping the current legislative framework on organ donation and transplantation, according to Hilde Vautmans, a leading MEP politician in the field.

Speaking at the annual European Kidney Forum, organised by the European Kidney Health Alliance (EKHA) on 11 March, which this year brought together patients, policymakers, national competent authorities, medical societies and researchers for a webinar.

The Belgian lawmaker asked the EU executive to consider launching a new EU action plan on organ donation, following a previous one in operation between 2009 and 2015.

Organ shortage is a big challenge for Europe, as it is estimated that, on average, 18 patients die every day waiting for a transplant. “This is unacceptable,” commented the Renew Europe lawmaket, who is also chair of MEP Group for Kidney Health.

“If we want to save more lives through organ transplantation we must take actions to increase organ availability,” she added.

The directive, which dates back to 2010, covers all the steps in the transplantation process from donation to procurement and testing, as well as from handling to distribution.

“Ever since then, the world has changed and technology too. Is our current framework fit enough for the future?,” the MEP said, pointing out that the time has come for an assessment to see if there’s a room for improving the Organ Directive.

“With Ursula von der Leyen, a doctor, at the helm of the Commission, we have an unprecedented window of opportunity for change and really deliver for patients,” she said.

Vautmans’ advocation for a new EU action plan in the area follows previous measures between 2009 and 2015, which resulted in a steady increase in the transplantation rate by more than 15% in the ten years after its launch, extending the cooperation between member states, despite EU limited competence in health.

The Commission positively assessed the achievements of the Action Plan (2009-2015) in an impact study released in 2017 which found that, during that time, the total number of organ donors at the EU level increased from 12,300 to 14,900. At the same time there was an increase of 4,641 transplants.

Furthermore, member states have expressed on several occasions the view that the Action Plan has helped to improve national policy and the activities of organ donations.

However, the Commission has not yet drawn up new actions. The topic was expected to be raised in the High-Level Conference on Organ Donation and Transplantation organised in Zagreb by the Croatian EU presidency on 16-17 March.

The conference was postponed until a later date, along with other meetings to limit the spread of COVID-19 pandemic.

That study showed that action plan was a tremendous success. The total number of organ donors at the EU level increase from 12,300 to 14,900 at the same time there was an increase of 4,641 transplants.

Prof. Raymond Vanholder, President of the Brussels-based NGO, the European Kidney Health Alliance (EKHA), stressed the importance of developing a new Action Plan that “can stand on the shoulders of the previous one,” but with a focus on organ transplantation.

He added that after transplantation, people live on average twice as long as dialysis patients, improving the quality life of patients and decreasing healthcare costs too.

“The longer the transplanted organs keep going, the better is the quality of life of the patient,” he said, adding that patients are often concerned about keeping their transplant organ as long as possible.

According to Mirela Bušić, appointed in 2003 as National Transplant Coordinator at Croatia’s Ministry of Health, training and education play a crucial role in optimising the organ donation rate.

“Training should be provided at all levels, but what we have suggested is focusing at the first stage on providing training to professionals working in the specific field of organ donation and transplantation,” she said in the webinar.

She added that the aim should be developing guidances and harmonising the professional code of practice in the field of organ donation, to facilitate the implementation and integration of the organ donation practice.

“In Spain, the government has taken responsibility for this matter so every year, we devote governmental funds to the training of these professionals,” she said.