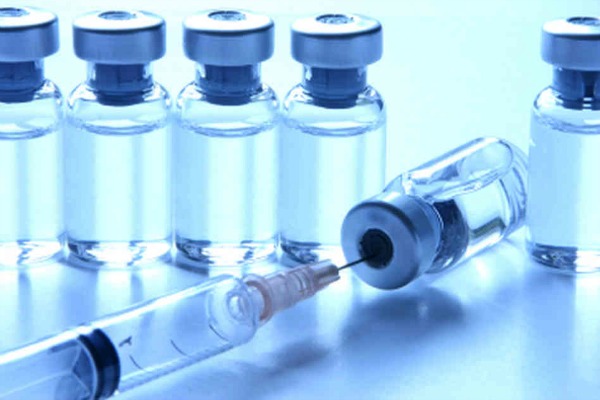 Viral hepatitis is a silent disease which rarely gets the attention it deserves, according to MEPs, who launched an implementation guide for EU member states' policies on Wednesday (6 November).

The implementation guide includes recommendations on prevention and awareness, surveillance and screening, and access to treatment.

Viral hepatitis B (HBV) is a highly infectious, vaccine-preventable disease affecting 240 million people worldwide. HBV, both acute and chronic, can be transmitted for example through unsafe injection practices, blood, and mother-to-infant transmission.

Viral hepatitis C (HCV) is a curable, infectious disease that is primarily transmitted through the blood. Late diagnosis as well as a lack of referral, access and adherence to treatment can lead to liver cirrhosis and liver cancer, making HCV the leading cause of liver transplants in Europe.

Petru Luhan, a Romanian MEP from the centre-right European People's Party (EPP), said that viral hepatitis is becoming an increasingly important issue as the number of people infected is rising, especially in new member states such as his home country.

"We need an appropriate legislative framework to support issues in this area. That's why we as a legislative power try to do as much as we have competences to do. We try to be in touch with the national parliaments which have the right of initiatives to make improvements," Luhan said.

In Europe, the prevalence of HBV varies from 0,1% in the Netherlands and Ireland to under 7% in Turkey and is higher in southern and central European countries such as Turkey, Romania, Bulgaria and Greece.

Professor David Goldberg, a clinical epidemiologist at Health Protection Scotland, said the majority of those infected with viral hepatitis in the EU are unaware of their condition. The lack of symptoms at the early stages of the disease and the low levels of awareness make it difficult to diagnose patients and in turn treat the affected populations.

Stephen Hughes, a British MEP sitting with the Socialists & Democrats (S&D) group, said several policy initiatives had designated hepatitis as a priority, but little action was being taken to follow through.

"Viral hepatitis is a silent condition that only becomes symptomatic when a person has already developed chronic disease such as liver cancer and cirrhosis," the MEP said.

"This makes it all the more important to have specific policies addressing viral hepatitis in EU member states, in order for Europe to be better equipped to tackle this condition. The implementation guide is a first step in the right direction," Hughes said.

German MEP Thomas Ulmer (EPP) agreed, saying that [counteraction against] viral hepatitis had been undermined at the European level.

"The figures indicate a need of having appropriate policies tackling these conditions in every member state," Ulmer said, adding that the recommendations will provide a comprehensive document for policymakers on how to tackle viral hepatitis in EU member states.

Steffen-Claudio Lemme, member of the German Bundestag, said in a statement: "My experience with the issue of hepatitis C has made one thing clear to me: Even though the German healthcare system has a deservedly good reputation and the treatment of the chronically ill is of high quality, there is still room for improvement."

Jean-Pierre Door, French parliament member and vice president of the Social Affairs Committee in the National Assembly, said: "Viral hepatitis is a concern for Europe as a whole, despite local epidemiological specifics. The work made by the European Union, the member states, their local communities and everyone concerned by these diseases must feed the reflection and help improve the diagnosis, the treatment, but also the prevention of viral hepatitis. All the initiatives taken at the European scale, such as this work session at the European Parliament, are very encouraging. But also as I said, it is essential to pursue our efforts and to engage in this fight further over the coming years. We must keep an ambitious vision of our fight against viral hepatitis to complete this major challenge."

In Europe alone, 13 million people are chronically infected with HBV and 15 million with HCV, the prevalence of these two viruses (28 million) is 12 times greater than infections (2.3 million).

One response to “MEPs campaign against ‘silent’ hepatitis”