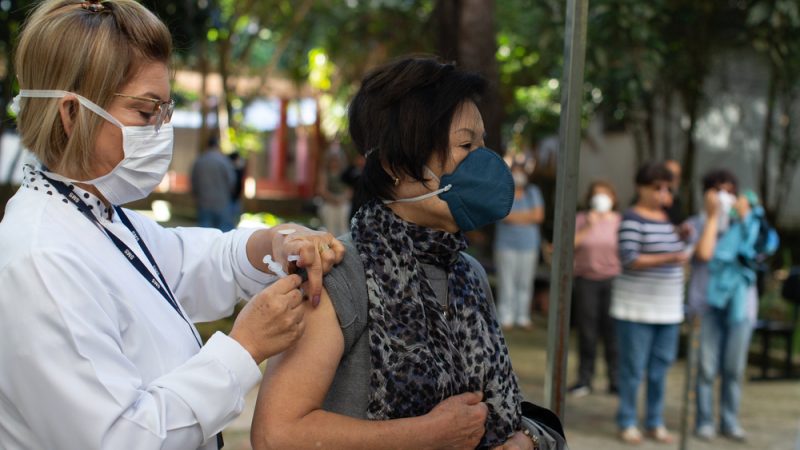 Europe is facing a fifth wave of COVID-19. For the moment, the rise of cases its mainly due to the Delta variant but new variant Omicron raises concerns.  [Shutterstock]

On Wednesday (15 December) MEPs discussed the EU’s response to the pandemic of COVID-19 and the new variants. Most of the MEPs highlighted the rise of disinformation and the need to vaccinate populations outside of Europe.

Around 66% of the European population is fully vaccinated, but there are significant disparities across the continent. “The level of vaccination, my country is a 90% of the population, whereas, in other countries, it’s doesn’t even reach 40%”, Spanish MEP Iratxe García Pérez pointed out at the plenary.

Slovakia, Romania and Bulgaria are the countries with the lowest vaccination rate among the population. In Bulgaria, only 26% of the citizens are vaccinated.

Europe is facing a fifth wave of COVID-19. For now, the rise of cases is mainly due to the Delta variant, but the new Omicron variant is raising concerns.

Commission President Ursula von Der Leyen addressed MEPs saying she was “worried” about the new variant Omicron which could be even more “contagious” and “double the number of infections” in the coming days.

“Vaccines and booster shots are our best allies in this fight,” Slovenian minister of foreign affairs Anze Logar said.

During the plenary debate with von der Leyen and Logar, MEPs expressed (again) the need for a strong vaccination campaign within the EU and globally to try to face the new wave.

However, to boost the vaccination campaign efficiently within the EU, MEPs highlighted two obstacles: fight against disinformation and reinforce COVAX, the global vaccination donation mechanism.

Misinformation is one of the barriers to vaccination, especially in European Eastern countries. “In some Member States, the Commission has started targeted information campaigns on the efficiency of vaccines”, said von der Leyen.

But for German MEP Manfred Weber, the EU and the Member States must go further in the fight against disinformation, including the issue of social media. If the social media providers are not taking measures to fight fake news on the vaccines, “then we have to do it via legislation,” he warned.

French MEP Stéphane Séjourné accused directly the far-right Identity and democracy group – which gathered parties like Italy’s Lega and French National Rally – to sacrifice “people’s health on the altar of your electoral concerns.”

“Some of your members and delegations continue to refuse to call for people to be vaccinated for electoral reasons,” he said.

Marco Zanni, leader of the ID group and member of Italy’s Lega party, did not comment on this, simply saying that the vaccination campaign has not been sufficient and that additional solutions needed to be found.

“We have to improve our capacity to target these new variants because it is quite clear that there is a lot of work to be done”, he added.

Some MEPs also called for delivering more vaccines to other countries through the COVAX mechanism.

“We want to know about COVAX, we absolutely have to vaccinate the whole world. Europe is a driving force on that“, Séjourné said.

Launched in April 2020, COVAX is based on global collaboration and aims to provide vaccines to the poorest countries. The UE is committed to giving 700 million vaccine doses by the end of 2022. So far, 118 million doses have been delivered.

To boost the vaccination campaign, the S&D party urged the Commission to lift the patents for COVID-19 vaccines and related products.

“It is totally unacceptable for the European Commission to block this particular initiative“, Garcia Pérez said, adding that MEPs had the support of 100 of the 164 members of the World Health Organization and of the Parliament.

Only 6% of the African population is fully vaccinated. “We have to put human rights at the epicentre of our response to the pandemic“, Garcia Pérez said.

At the Parliament, The Left also calls for the lifting of patents, accusing Big Pharma of “being protected“ by the European Commission. “They are preventing countries from collectively dealing with the pandemic, with the poorest countries in the front line“, French MEP Manon Aubry said. 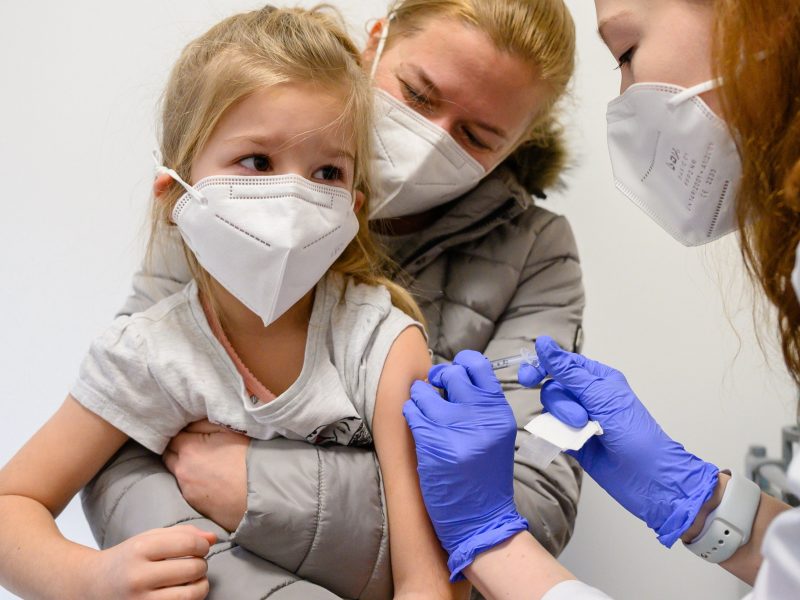 Six-year-old Johanna squeezed her eyes shut as she received her first coronavirus vaccine on Wednesday (15 December) at the Bethesda children’s hospital in the Hungarian capital Budapest.