The campaign’s main objective is to introduce additional employment protections for terminally ill employees in Europe. Its main message is that every person battling terminal illness deserves the choice of how to spend their final months.

A ‘Dying To Work MEP Focus Group’ was set up in February and 24 MEPs have currently signed up as members. All political groups are represented, apart from the far-right EFDD and ENF groups, and from 12 member states.

The cross-party group aims to bring MEPs together with partners such as the European Trade Union Confederation (ETUC), to discuss how best to advance the Dying to Work campaign at EU level.

According to Eurostat, almost 1.3 million people died from cancer in the EU 28 in 2014, representing more than one quarter (26.4 %) of the total number of deaths. 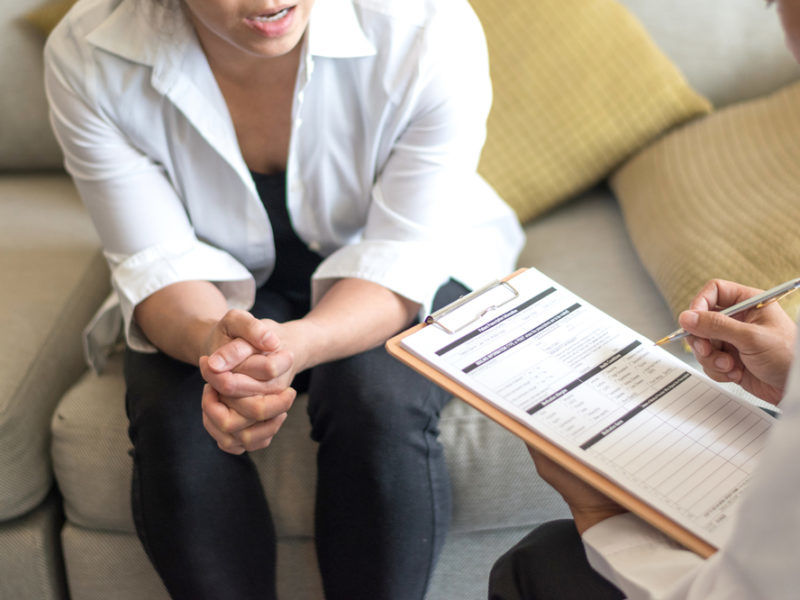 Metastatic breast cancer (MBC) kills half a million women in the EU every year, yet progress on the quality of life and survival time of MBC patients remains elusive. MEPs addressed the need to improve patient outcomes with a policy roadmap launched on Tuesday (17 October).

Socialist MEP Rory Palmer (S&D UK), the man behind the campaign, told EURACTIV.com it was “plain wrong” that people given a terminal diagnosis are at risk of losing their job.

“At such a traumatic time we need to make sure that people are given all the support they need, including the choice to continue working if they so wish. If we judge a society on how we treat people in their time of greatest need, it’s clear that at the moment, terminally ill workers are being failed,” he said.

The Labour MEP for the East Midlands continued saying that it may at first seem shocking that someone who has received the devastating diagnosis of a terminal illness would want to carry on working.

“However, for many people, a terminal diagnosis does not stop the fact that there are bills to pay, or mouths to feed. For many people, work can also provide an important distraction and sense of normality and helps them to retain their dignity and identity during this difficult period. This campaign is about ensuring that people who find themselves in that situation are able to make the choice that is right for them and their family,” Palmer said.

The MEP noted that from conversations with other MEPs he had realised that there was a similar problem in other countries too.

“We will be working to change the current and future EU legislation to strengthen protections for this group of people. We will also in the coming months be setting up an EU-wide voluntary employer charter, which will give real and immediate protections to employees across the EU. We’re determined to do everything we can to stand up for people in this situation across Europe.”

ETUC Confederal-Secretary Esther Lynch explained that workers with a terminal illness should be helped by their employers rather than victimised by them.

“Too often employers treat workers with a terminal illness as a problem to be managed out of the workplace rather than a human being needing to be helped. That’s why we need to ensure workers with terminal illnesses are protected from dismissal. Particularly as in some member states benefits are only paid if the worker is on the payroll,” she told EURACTIV.

EU lawmakers aim to raise awareness of the issue through different political groups and social media campaigns, including the upcoming European election.

They also want to set up an EU voluntary charter similar to what already exists in the UK and get as many employers as possible to sign up.

In the long run, the MEPs are pushing for new EU legislation, similar to the Pregnant Workers Directive, which safeguards the rights of employees by identifying ‘terminal illness’ as a protected characteristic.

In addition, they want protection for the employee’s death in service benefits which are lost if the employee is fired.

This benefit, linked to workers’ employment contracts, can be used to cover funeral costs and can ease the financial burden of the family that the individual leaves behind.

A policy roadmap on metastatic breast cancer (MBC), developed by an international and multi-disciplinary group of experts including healthcare professionals, patient advocates, policymakers and industry representatives, has already urged the Commission to take action on work-life balance.

On top of the incurability of the disease, there are numerous physical, emotional, financial and administrative struggles that MBC patients need to overcome in their daily lives. One of these is the fight for employment protection.

“The European Commission should use the European Pillar of Social Rights as a policy framework to initiate adequate measures to ensure member states provide patients and informal carers with employment regulations that sufficiently protect their work-life balance,” the paper states.

Western Europe has the highest incidence of breast cancer in the world, with Germany, France, Italy and the UK among the worst affected. It kills more than 90,000 people in the EU each year.

But while patients with breast cancer, if caught at an early stage, have a 99% chance of survival, the reality for patients with MBC is very different.

Almost one in three people diagnosed with breast cancer will develop metastasis, and one in ten will already be at an advanced stage of cancer when first diagnosed.