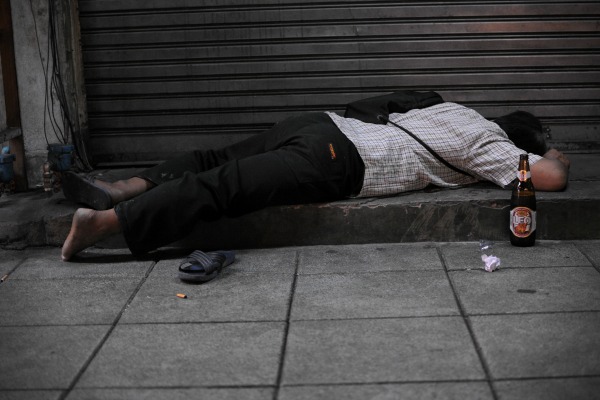 Health inequalities and discrimination continue to grow across Europe, despite attempts to tackle the issue, according to EU health officials, who spoke in Brussels on Wednesday (19 March).

Health inequalities are rising and undermining Europe’s values of solidarity and fairness, according to the European Commission. Too many Europeans are discriminated against by healthcare providers due to their gender, sexual orientation, disability and ethnicity, the EU executive said at the conference Health in Europe, making it fairer in Brussels on Tuesday (18 March).

Health inequality does not only refer to healthcare access, the Commission stressed. It also includes stigmatisation and discrimination against people with mental illness, as well as unequal access to treatment for chronic diseases.

Paola Testori Coggi, director-general of the Commission’s health directorate (DG Sanco), stressed that health discrimination was a reality for an increasing number of Europeans.

“This is a crucial moment because, for the last five years, we have been struggling with a financial crisis, which has threatened our economies and the way in which health is managed among governments in the member states. There have clearly been difficult decisions to make because many member states had to reduce their expenses in health,” Testori Coggi said.

“But one thing which has sustained is the European value that health is for everybody. We need to also protect the most vulnerable people in the treatment for health,” she continued.

Viviane Reding, the EU’s justice commissioner, promised that the Commission would monitor public health inequalities closely and promote implementation of the EU charter of fundamental rights. The right to healthcare transcends many policy areas and plays an important part in gender equality, data protection, anti-discrimination and Roma protection, she said.

Adonis Georgiadis, Greece’s health minister, who has recently come under fire for introducing a new hospital fee to finance the health budget, said that it was the politicians’ duty to promote a European culture of equality.

“We have done a lot in the past. Europe has achieved a great number of successes, so we are one of the best places in the world for people to live. We want to do even more, and we want to ensure that we can promote dynamism in the health sector in all categories,” Georgiadis said.

“We want to improve life expectancy, gender equality. We need to make a political commitment to make sure that we can achieve this,” the health minister added.

Latvia’s minister for health, Ingr?da Circene, stated that her country’s public healthcare system had been hurt by a recent downturn. She said that the lack of necessary financing for healthcare was one of the principal causes of inequality. Therefore, even the best health strategies could not improve the situation without proper investment, the minister said.

Tonio Borg, the EU’s health commissioner, highlighted the fact that discrimination among different social groups is an indicator of poverty. Though the EU has tried to fight discrimination over the years, big gaps remain between social groups, and continue to grow, which is worrying, Borg said.

0 responses to “Ministers, commissioners in joined call for healthcare justice”