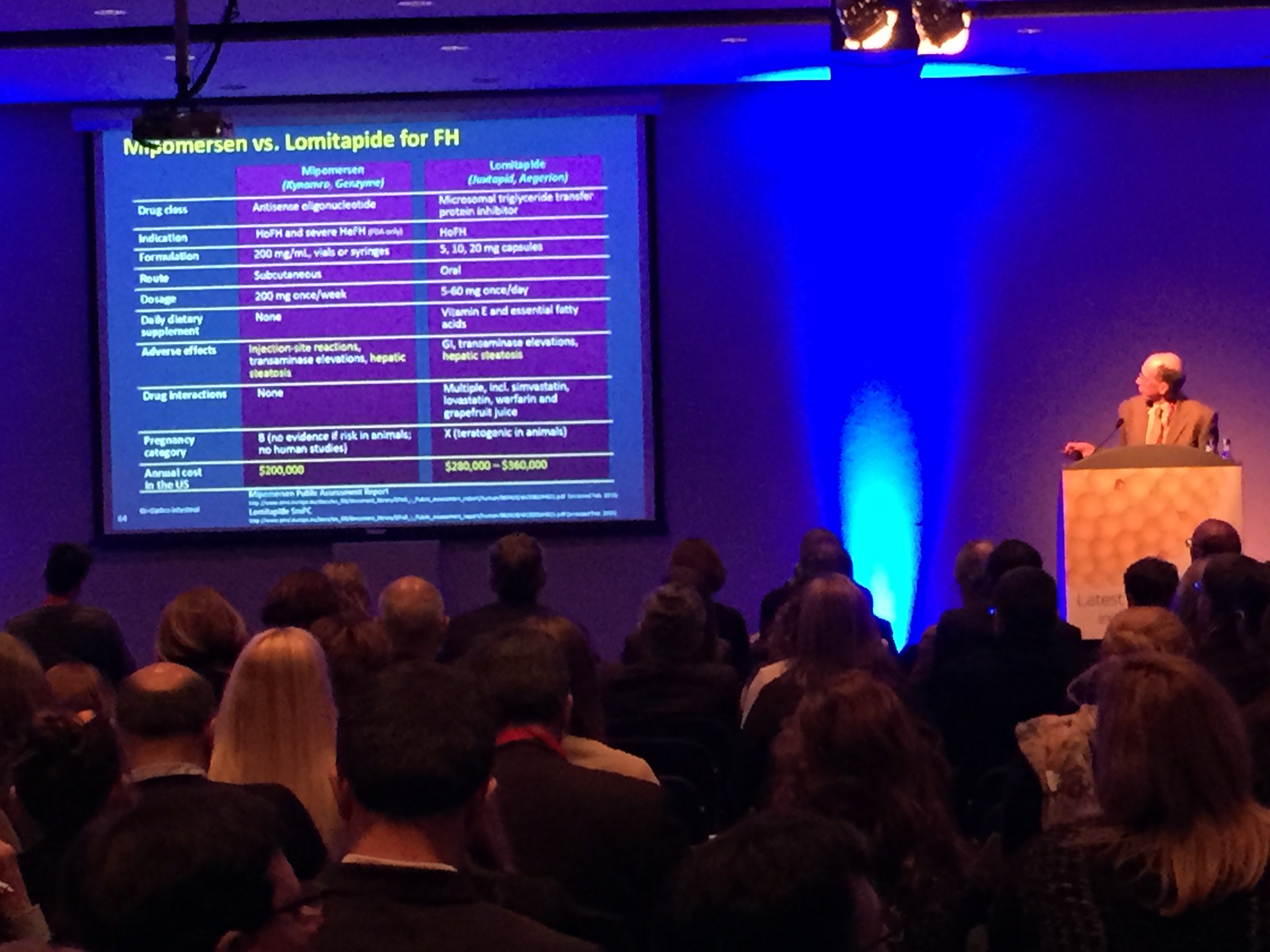 Around 2,000 healthcare professionals attended the EAS conference in Glasgow in 2015 [(Henriette Jacobsen)]

Familial hypercholesterolemia, or FH, is a genetic disorder characterised by high cholesterol levels which can cause cardiovascular diseases, such as heart attacks and strokes.

Though researchers and medical experts are becoming increasingly aware of how widespread FH is, the condition is still largely unknown by the general public, and workers in the healthcare sector.

“It’s certainly a disease which people have largely ignored over the past 20 years,” Dr. Robert Cramb told EURACTIV in an interview.

While it was previously thought that 1 in 500 of the population would have FH, researchers now believe that it is close to 1 in 250 that makes FH one of the most common heritable diseases across the globe, Cramb said.

At the EAS conference in Glasgow, the organisers launched a new international initiative, the Familial Hypercholesterolaemia Studies Collaboration (FHSC), led by Professor Kausik Ray, of Imperial College, in London.

The mission of the FHSC is to empower the medical community to seek change in how FH is detected and managed. FHSC intends to establish a consortium of major FH registries across Europe, Asia-Pacific, Africa and South America.

This initiative will be directed at politicians to improve FH care.

“The EAS Consensus Panel statement has shown that FH, one of the most common inherited conditions, is underdiagnosed and undertreated in almost all countries. FH knows no boundaries. Consequently, to address the huge disparities in FH care, the FHSC aims to empower the FH community to improve the detection and treatment of FH, and therefore improve the quality of life of FH patients,” Ray said in a statement.

“To achieve this, it is essential to obtain high quality data about FH in all communities, so as to influence public policy,” the professor continued.

The FHSC wants to involve all stakeholders, including patient’s organisations, in order to ensure that the latest FH information is utilised to close gaps in knowledge, and to improve clinical practice for the patients.

Meanwhile, patient groups are also getting themselves organised.

Jules Payne, the CEO of the health charity HeartUK, told EURACTIV that she had formalised a European-wide FH patient organisation.

“We have set out the frame in which the network will operate, (and it) was accepted by everybody: 24 people, from 16 different countries. More organisations have already said they want to be part of the network, so there will be more than 16 countries,” Payne said.

“This is really important right now, because FH is certainly starting to take off in European countries. In some more than others. Certainly in the UK, it has started to get noticed. There are some services starting up,” the HeartUK CEO stated.

The point of the network will be to set up new organisations in European countries, but also to share best practices with existing ones.

“We can now all come together to try to influence policymakers. The patient voice is absolutely key. Patient power can really influence the European government, but also local government around FH,” Payne said.

The European Atherosclerosis Society (EAS) hosted its 83rd conference in Glasgow this week.

The event aims to facilitate scientific discussion about new developments in basic research, diagnosis and therapy of atherosclerosis, a cardiovascular condition involving the hardening and narrowing of the arteries.