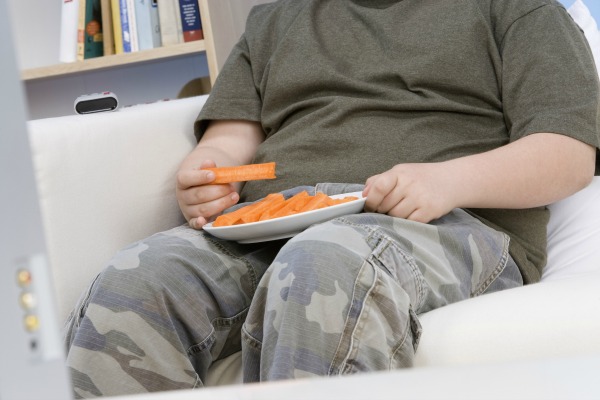 Child obesity is a growing problem in the EU. [Shutterstock]

Around half of all parents are blind when it comes to their own children’s obesity, and many are actually worried that the children are underweight, new Swedish research claims.

As more children in the EU become obese, health experts have called on parents to take on responsibility for their children’s diets.

But new research suggests that parents struggle to judge whether their own child is obese or not.

According to World Obesity, excess bodyweight among children has risen across Europe in recent decades. Data from 7,000 preschool children show that 19.7% in Greece are overweight or obese, compared to 16% in Spain, 11.6% in Belgium and 9.9% in Germany. The data suggested that children in lower income families were more likely to be overweight or obese.

At the same time, a new study report published by Gothenburg University shows that half of North and Central European parents are unaware of their children’s obesity and around 40% believe their child is underweight.

“Many parents are simply not aware that their children weigh too much. It’s a health issue and if we don’t address it in time, it will be harder to do something about it later,” Susann Regber, the author of the report, told Videnskab.dk.

Regber has surveyed 16,220 European children at the age of two to nine and looked at their BMI and compared it to their parents’ assumption of their BMI. While 50% of parents in Northern Europe are unaware that their children are obese, that number is 75% in Southern Europe.

Regber said that the public healthcare systems also carry some responsibility for children’s obesity. She mentioned that many nurses find children’s obesity a sensitive issue, which can create conflicts, and therefore they don’t know how to communicate the problem to the parents.

“They are afraid that this is humiliating for the parents. Therefore, they don’t tell the parents loud and clear,” Regber said.

People are considered obese when their body mass index (BMI), a measurement obtained by dividing a person's weight in kilograms by the square of the person's height in metres, exceeds 30 kg/m2.