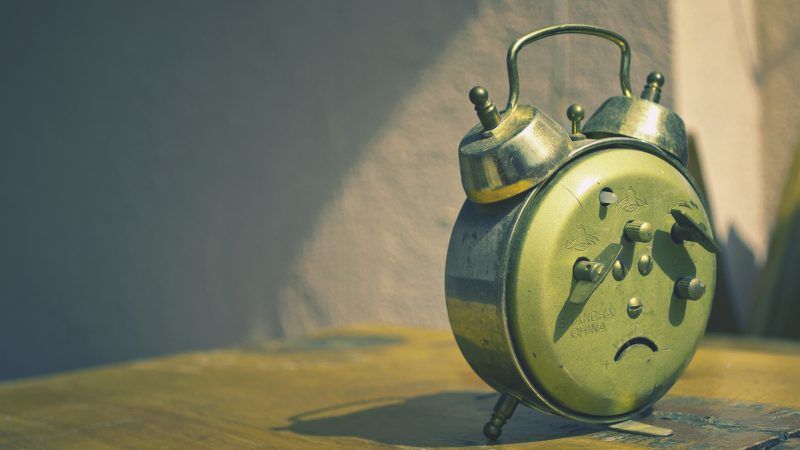 MEPs have voted for the abolishment of Daylight Savings Time, saying the current arrangements have a negative impact on human health, agriculture and even road safety. EURACTIV.fr reports

MEPs want to stop turning back time. In a resolution adopted on 8 February, European representatives voted to stop the practice of changing clocks in the EU, an exercise carried out twice a year.

The text, adopted with 384 votes for, 153 against and 12 abstentions, will allow the EU to conduct an assessment of the directive on summer-time arrangements and to reform it if needed.

“This debate comes back over and over, every year. Now the European Parliament has decided, and has asked the Commission to start the process to abolish time change”, says the chair of the transport committee at the Parliament, Karima Delli, adding that “ the reason for the time change is becoming less and less plausible”, especially on the subject of energy savings.

Introduced in 1976, Daylight Savings Time was brought about to align working hours with sunlight. An alignment that allowed, especially during the oil crisis, to limit “the waste of light” and therefore, save energy.

This argument was subsequently questioned as the energy savings did not necessarily counterbalance the negative impacts it had it on health, agriculture and even road safety.

According to the Czech MEP Pavel Svoboda, the impact on human’s biological rhythms also warrants a reconsideration of the system.

“20% of the population suffers health issues from the effect of time change,” he said during the plenary session in Strasbourg, a number which is based on a study from the European Parliamentary Research Service.

Among other negative consequences caused by the time change, the MEP also mentioned the increase in alcohol and tobacco consumption, and depression. “All of these indirect consequences could have a financial impact of around 1% of European GDP,” he added.

Comparatively, energy savings generated by the time change are laughable. “We had introduced this system to make energy savings; however, nowadays we believe that this economy adds up to around 0.1 to 0.5% of the GDP, and all the repercussions fall on the population,” said MEP Gesine Meissner (ALDE).

Following the vote, it is now the Commission’s turn to address the question.

”However, if we do decide to abolish the system, it should be done in a unified and harmonised way across all member states,” said Transport Commissioner Violeta Bulc.

Some, such as French MEP Renaud Muselier (EPP), described the debate as “childish”.

“The European Parliament should be involved in subjects in which it has competence and stop its childishness. The image of the institution is at stake “.