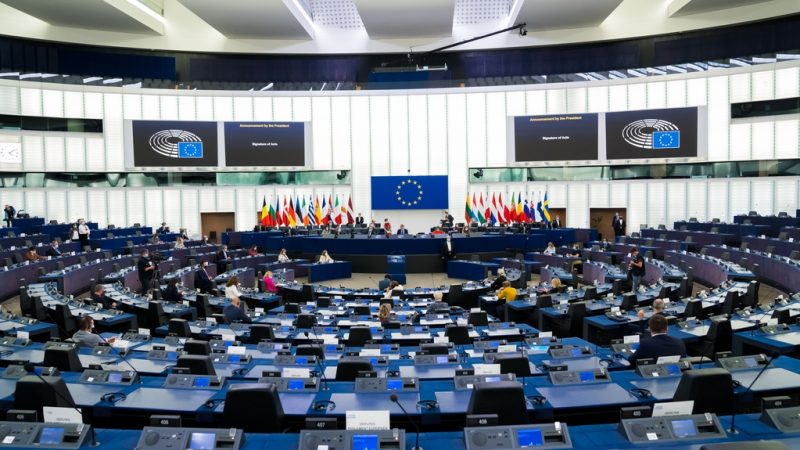 On Thursday (16 September) the Parliament’s plenary voted against the motion for a resolution on a Commission delegated act designed to tackle the burgeoning issue of AMR. [EP/Daina LE LARDIC]

The European Parliament has given its green light to a controversial new antimicrobials regulation, dismissing a motion calling for tighter restrictions on antibiotics use in animals and allowing the Commission to move forward on its plans to tackle anti-microbial resistance.

Lawmakers gave their blessing to the Commission’s delegated act on Thursday (16 September), which is designed to tackle the burgeoning issue of anti-microbial resistance (AMR).

The act, which was presented back in May, proposes criteria for the designation of antimicrobials to be reserved for the treatment of certain infections in humans, as advised by the European Medicines Agency and supported by EU governments.

A key priority for the Commission, AMR is the ability of microorganisms to resist antimicrobial treatments, especially antibiotics.

This so-called ‘silent pandemic’ is already responsible for an estimated 33,000 deaths per year in the EU, costing the bloc €1.5 billion per year in healthcare costs and productivity losses.

The vote paves the way for the Commission to start working on an implementing act and draw up a list identifying all the antibiotics that will be designated as reserve antibiotics.

EU Health Commissioner Stella Kyriakides tweeted that “crucial antimicrobials can now be selected and reserved for human medicine only. This is a key step in the fight against antimicrobial resistance.”

However, the act has sparked fierce debate and was not without its critics.

Most notably, the Parliament’s Green group, spearheaded by Green MEP Martin Häusling, moved against the delegated act, tabling a counter motion on behalf of the Parliament’s environment committee  in July 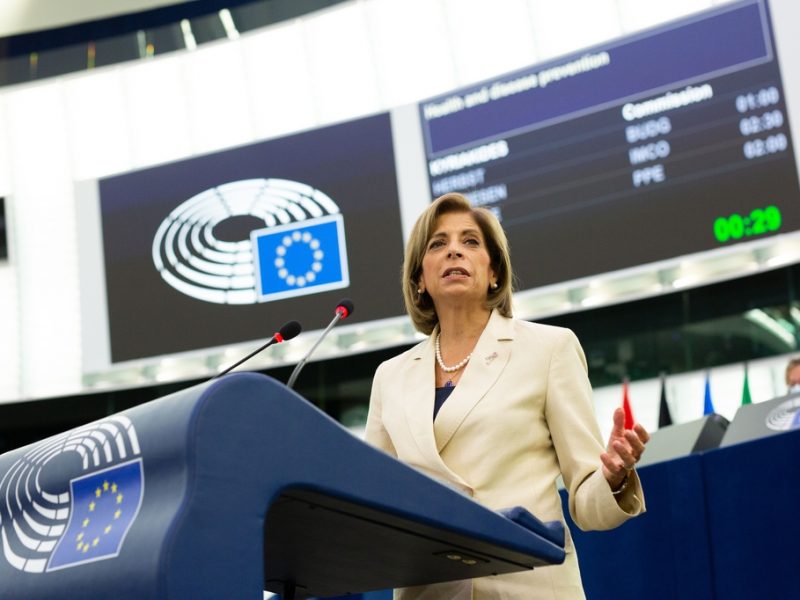 A new delegated act proposed by the European Commission to tackle anti-microbial resistance (AMR) has drawn harsh criticisms from the Green group in the European Parliament, who are calling for the use of antibiotics in animals to be restricted.

The act sets out three main criteria for antibiotics to be placed on the reserve list, including that the antimicrobials must be of high importance to human health, that there is a high risk of transmission of resistance, and that they are not essential for animal health.

However, Häusling maintained that this last criteria was not stringent enough, filing a motion calling for the Commission’s proposal to be revised in such a way to prevent antibiotics from being used for the group treatment of animals.

In an attempt to dissuade lawmakers from backing Häusling’s motion, Kyriakides addressed the Parliament’s agriculture committee on 9 September to ask for their support on restricting certain antimicrobials for use in humans only.

“I believe that rejection of the delegated acts will be a major setback in our efforts to urgently address AMR in the EU. In the event of a rejection, our next steps are not clear,” she warned.

Reacting to the outcome of the vote, Häusling said that MEPs had voted in favour of a “dangerous compromise at the expense of human health and in favour of an unteachable agricultural lobby”.

He attributed the result to the “large-scale lobbying campaign” of farming stakeholders, which he accused of making “false claims based on speculation about the future shape of the reserve list”.

However, the European platform for the responsible use of medicines in animals said that the rejection of the Green motion demonstrated that MEPs have “understood the importance of animal health and its knock-on effects on public health, food safety, food security and the environment”.

Likewise, Animal health Europe, representing manufacturers of animal health products and services in Europe, tweeted that “the animal health industry is committed to supporting efforts to improve animal health, increase preventive solutions and reduce the need to use antibiotics in animals”.