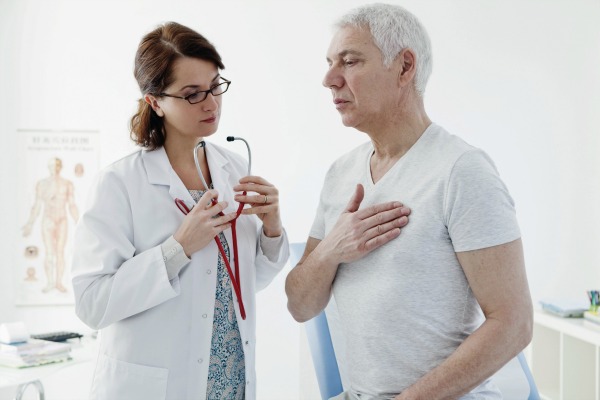 In many EU countries, the treatment of cardiovascular disease is improving, experts say. [Shutterstock]

A new report published by the European Society of Cardiology (ESC) shows that rates for heart disease and stroke continue to decline in Europe. However, more people in Europe are hospitalised.

The conclusions of the new report were highlighted at the ESC 2014 congress which is currently taking place in Barcelona, Spain. Despite the improvement in some areas of treatment, cardiovascular disease remains the single greatest cause of death among Europeans and in many countries, it causes twice as many deaths as cancer.

Therefore, the organisers of the congress say they have put together the ‘strongest scientific programme yet’, under the theme Innovation and the Heart.

“We have made a great progress in the treatment of acute events, a good example is in particular the use of primary angioplasty in acute myocardial infarction (emergency treatment for a heart attack)… The mortality rate for cardiovascular disease has decreased, but on the other hand we are witnessing a transition from ‘acute’ patients to ‘chronic’ patients,” cardiologist Domingo Pascual, member of the ESC, told EURACTIV Spain.

Pascual added that the number of patients with chronic disease and complex patients with cardiovascular disease is rapidly growing, and this means a significant financial toll for public health systems can be expected in the future.

“This is the reason why EU health authorities now put the emphasis on prevention as well as on clinical management, where professionals must take an active role,” Pascual stated.

ESC President, professor Panos Vardas said that cardiology is evolving rapidly and encourages clinicians to keep up-to date in their own specialities. He explained that while medical innovations have extended the life expectancy of cardiovascular patients by eight to ten years, the field has become a “victim of its own success”.

According to Vardas, as a result of patent loss, the compound annual growth rate in pharmaceutical companies currently stands at minus 10%. “Such decline can prove disastrous for research and jeopardise the future of our medical associations, which largely depend on industry support,” he warned.

Focus on prevention and research

New research looking at the costs of cardiovascular disease in six EU member states (France, Germany, Spain, Italy, Sweden and the United Kingdom) published on Thursday (28 August) concludes that the financial burden will rise to €122.6 billion by 2020, up from €102.1 billion in 2014.

To curb this trend, health authorities in the EU and elsewhere put the focus on prevention; with healthy eating habits (the ‘Mediterranean diet’), sport and a healthy lifestyle (smoking and drinking are related to an increasing cardiovascular mortality risk).

Dr José Ramón González Juanatey, president of the Spanish Society of Cardiology, said that cardiovascular disease can be prevented, but focus must be during early childhood.

But more research is also needed, said Keith Fox, chair of the Congress Programme Committee, adding that this year marks a record-breaking number of original research and presentations by the 80,000 ESC members and professionals from non-European countries, and the quality of the work “gets better and better”.

For example on Sunday (31 August), the pharmaceutical companies Sanofi and Regeneron presented evidence of a new drug which can reduce the level of bad cholesterol, a major risk factor for cardiovascular disease.

Dr Jennifer Robinson, who has followed the clinical trials with the drug, said that while high levels of bad cholesterol can be treated with drugs, healthy lifestyle is the foundation of cardiovascular risk reduction.

“We want everybody to have a healthy diet, do exercise, and don’t smoke. The problem is that, for example, in the US 90% of people don’t have a healthy lifestyle, and it’s very difficult to convince them that they should eat more fruit and vegetables and less fat,” Robinson told EURACTIV Spain in an interview, adding that 30% of Americans are obese.

In Robinson’s view, cardiovascular disease is a “social problem”.

“We don’t live in a healthy society. Hopefully, over time we can change things with food and exercise, so that people can become healthy. If we can put people in the right environment, this would be great,” Robinson added.