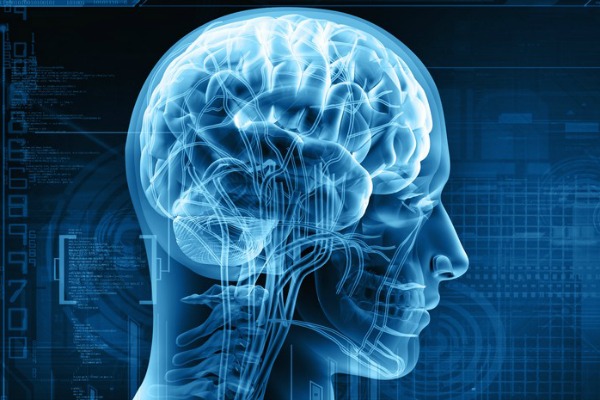 SPECIAL REPORT / Understanding the human brain could provide the foundation to explore new ways to treat and eventually prevent diseases such as multiple sclerosis, Parkinson's or Alzheimer's disease, according to the European Brain Council (EBC).

The brain is at the centre of exciting but challenging new times in neuroscience research.

“We have already identified a lot of gaps in knowledge about treatments of brain diseases,” said Gordon Francis, head of the NeuroInflammation Clinical Science Unit within the NeuroScience Franchise at the Swiss pharmaceutical company Novartis.

Francis was addressing a conference on Friday (14 February) focusing on brain-related issues in Barcelona, Spain, which advocated for a "brain-political road map" under the motto 'Understanding the brain: Where are we in 2014?'

Among the challenges that scientists are looking into are the loss of brain tissues which for example occur at very early stages of multiple sclerosis and dealing with the changes of brain volume, said Frederik Barkhof, professor of Neuroradiology at the VU University Medical Centre in Amsterdam.

The case of multiple sclerosis

According to data by the European Multiple Sclerosis Platform (EMSP), at least 600,000 people in Europe are affected by multiple sclerosis, an autoimmune disease of the central nervous system.

The potentially disabling disease, which strikes the white matter of the brain and spinal cord and affects the rest of the nervous system, has far-reaching consequences for society as more than one million people are affected indirectly through their role as carers and family members, the EMSP said.

However, despite its importance, knowledge on how the brain works is still very limited. According to researchers, understanding the complex brain could provide the foundation to explore new ways to treat, cure and eventually prevent brain diseases such as multiple sclerosis, Parkinson's or Alzheimer's disease.

“We don't want this to be a race or competition against cancer, cardiovascular diseases or diabetes," Mary Baker, president of the European Brain Council, told EURACTIV.

“But it is the brain that manages cancer, cardiovascular diseases and diabetes. The brain is a very special organ, we must take care of it," Baker added.

“We try to mobilise the key actors, among them the European Commission's DG Research, on the need for innovation (with news drugs), but also on the social impact of multiple sclerosis," Baker stressed.

According to the EBC, the direct cost of healthcare related to brain diseases has increased from €386 billion in 2004 to €798 billion in 2010, measured across 30 European countries.

This means “more money is spent into brain diseases than cancer or cardiovascular diseases”, according to Baker.

In the UK alone, the direct healthcare costs of brain diseases are estimated at 37% of the overall health budget which Baker called "an enormous amount of money, simply not sustainable”.

A part from the economic burden on society, a multiple sclerosis diagnosis can be devastating for the individual young adult who may be starting careers and making plans for the future. Early adulthood is also a time when young people may be pursuing higher education, making new relationships or considering starting a family.

“They are the brains of the future,” Baker said.

The EBC advocates for more and better funding for brain research, for example a combination of public and private sector resources. The EBC is currently working with the Commission's DG Research and the Innovative Medicines Initiative (IMI) on one of Europe's largest public-private initiatives aiming at speeding up the development of better and safer medicines. The second project, IMI2, has a budget of €3.45 billion.

"The attention paid to brain diseases is still relatively low when you compare it to cancer or diabetes. In order to raise awareness on multiple sclerosis, you need to make clear what the implications of the conditions are, what the impact they have for a condition like multiple sclerosis which hits people it their 20s. It has a huge impact," Alan Thompson, chair of the International Progressive MS Alliance, told EURACTIV.

"The problem with the pharmaceutical industry is that people think they are just raising the profile in order to sell more drugs, but a combined approach should be better," he said.

According to the Atlas of MS survey conducted in 124 countries by the Multiple Sclerosis International Federation (MSIF), access to drugs (Disease-Modifying Therapies, DMTs, or Symptomatic treatments) is very limited in low or medium-income parts of the world. Only 40% in developing countries have access as opposed to 90% in high-income countries.

The European Commission's DG Research has together with the Innovative Medicines Initiative (IMI) launched one of Europe's largest public-private initiative aiming at speeding up the development of better and safer medicines. The second project, IMI2, has a budget of €3.45 billion.