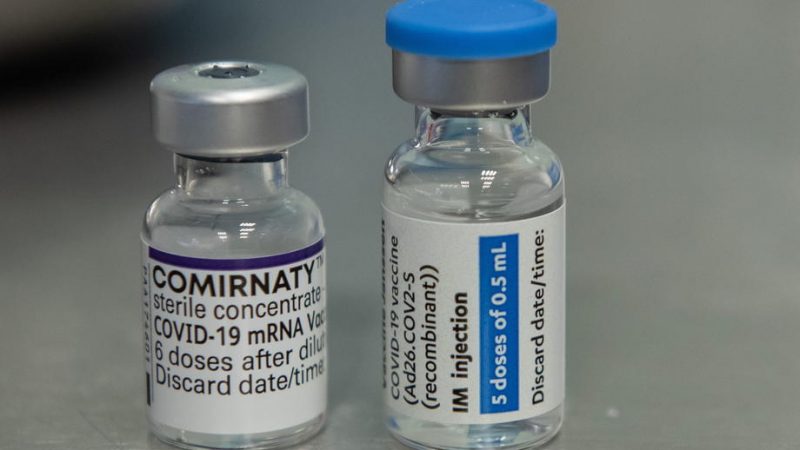 Romania has received more than 28.6 million doses of COVID-19 vaccines since the end of 2020, but less than 60% were used for its own people. [EPA-EFE / WOJTEK JARGILO]

Wealthy states were stuck at an impasse after failing at a meeting on Tuesday (December 21) to agree on new rules that would allow them to report the donation of surplus COVID-19 vaccines as aid.

The members of the OECD’s Development Assistance Committee (DAC) have been negotiating over how to treat and price donated vaccines for aid purposes. The latest proposed tariff on the DAC table is a price per vaccine dose of $6.72, more than double an earlier proposal of $3 per dose.

However, at Tuesday’s meeting, donor states failed to reach a consensus on the details, which were due to be approved, although it is unclear precisely which countries raised objections.

The issue has became highly sensitive after repeated accusations from African states that Europe, the US and UK were guilty of ‘vaccine nationalism’ by hoarding supplies of COVID vaccines.

OECD donor countries, including 19 EU member states, appeared to be heading for another public relations own goal after agreeing to count vaccine doses they have donated to poorer countries as Official Development Assistance (ODA), starting in 2020.

EURACTIV had previously reported that Italy and Belgium were among the group of countries happy with the price, while Sweden, the UK, the Netherlands, and Finland had all expressed reservations ahead of the talks.

Meanwhile, donations to the international vaccine coordinator, COVAX, to which the EU is the second-largest donor, are also to be counted as aid.

Development aid from the EU already increased by more than 25% last year on the strength of funding for programmes to combat COVID-19, and civil society groups estimate that classifying vaccine donations as aid would increase, in notional terms, the reported ODA of the EU by around €5bn in the next two years.

“This impasse amongst members is an opportunity to take this idea off the table. These vaccines were never purchased for development purposes and both Eurodad and our partners have been saying for months that they should not be counted as such, said Nerea Craviotto, senior policy and advocacy officer at the European Network on Debt and Development (Eurodad).

Craviotto added that DAC countries had not put in place rules covering “not only the quality of vaccines, but also the predictability of those donations in terms of when, how many and which vaccines might be arriving.”

“We have not seen any mechanism to ensure that DAC members do not report more than the original cost of the vaccine doses they are donating as ODA (that would be the case for example with the surplus donation of Astrazeneca doses which cost less than the $6.72 price tag),” she added.

Despite promises of 1.8 billion donated vaccines, fewer than 20% have been delivered. Meanwhile, more than two-thirds of donations are of vaccines with less than three months’ shelf-life remaining, which increases the pressure on domestic vaccination campaigns and makes it more likely than many jabs will not be used before their expiry date.