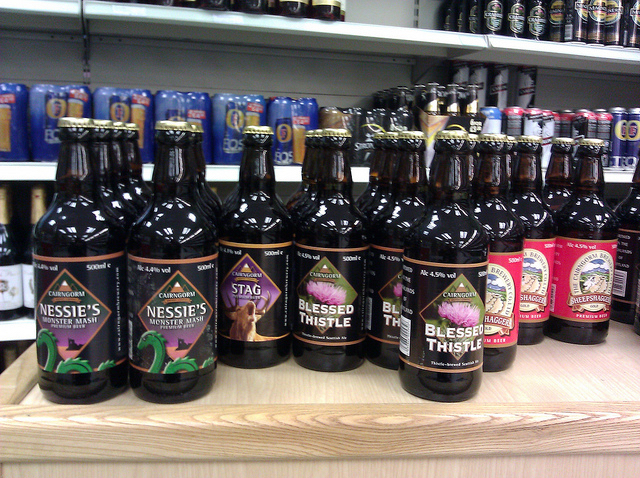 Scotland’s plan to introduce a minimum price for alcohol risks breaching European Union law. Edinburgh should explore other ways to protect public health such as increasing tax, a senior adviser to the European Court of Justice said on Thursday (3 September).

Advocate General Yves Bot said in his opinion for court judges that a member state can impose a minimum price, which restricts trade and distorts competition, only if this system was superior to an alternative measure.

Bot said that it was for a Scottish court to examine whether it was better to adopt the alternative, increased taxation, but added it was difficult to justify a minimum price, which appeared less consistent and effective.

Judges of the European Court of Justice, the EU’s top court, follow the advocate general’s opinion in the majority of cases, but their opinions are not binding. The court’s ruling would normally come within three to six months.

The Scottish Parliament proposed in 2012 introducing a minimum retail selling prices for all alcoholic beverages, based on the strength and volume.

The Scotch Whisky Association and two European federations for spirits and for wines challenged the legislation, saying it restricted the trade of drinks between Scotland and EU member states and could distort competition between alcohol producers.

EU law, they said, states that the price of wine should be determined by normal market forces and that excise duties could equally meet the aim of the legislation.

That aim is to reduce harm to society and to individual health from excessive or abusive consumption of alcohol. Scottish ministers, who have proposed a minimum price per unit of 50 pence (€0.69), have argued the minimum pricing system would target the relatively cheap alcoholic beverages typically purchased by compulsive or under age drinkers.

According to the Scottish government, the impact of excessive consumption is estimated to cost £3.6 billion per year, equivalent to £900 for every adult in Scotland, who buy on average almost a fifth more alcohol than their English and Welsh counterparts.

“While we must await the final outcome of this legal process, the Scottish Government remains certain that minimum unit pricing is the right measure for Scotland to reduce the harm that cheap, high-strength alcohol causes our communities. In recent weeks statistics have shown that alcohol related deaths are rising again and that consumption may be rising again after a period of decline. We believe minimum unit pricing would save hundreds of lives in coming years and we will continue to vigorously make the case for this policy.”

Paul Skehan, director general of SpiritsEurope, one of the parties to the original case lodged in Scotland, commented:

“We welcome the Advocate General’s opinion. The opinion encourages us in our long-held view that MUP is neither proportionate nor necessary, and is, consequently, illegal under EU law. We welcome the statement of this important principle at European Union level since it affects every member state. We await the Court of Justice’s final ruling early in 2016. Is it time to now move on? Instead of wasting more time debating the illegality of MUP, we believe it would be far better to discuss useful, legal ways of tackling the alcohol-related issues that persist, not only in Scotland, but around the EU. Tackling alcohol-related harm requires collective efforts for targeted actions - in partnership, at local level. There are a range of other initiatives of proven effectiveness, not based on theoretical computer models. We will continue to work closely with public and private stakeholders in EU countries to reduce alcohol-related harm."

The case of the Minimum Unit Pricing (MUP) in Scotland was referred to the European Court of Justice (ECJ) to ask for its opinion. MUP will not come into force until the legal process is complete. In considering its position, the ECJ asked for written submissions from EU member states, trade bodies and the Scottish government, as well as from the European Commission.

UK and EU trade laws allow in principle for the setting of a minimum price for the retail sale of alcohol for public health purposes by a government or public authority. The Scottish legislation was passed without opposition in May 2012. The MUP was set at 50p per unit. The legislation should have been implemented in April 2013.

On pricing, the regulatory landscape in Europe is currently mixed.

In the EU, member states must apply tax rated for different categories of alcoholic drinks. However, there is nothing in EU rules prohibiting countries from setting minimum prices for alcohol, as long as these prices are compatible with EU rules, such as no discrimination between imported goods and domestic goods, and no restriction on the free movement of goods.