Single EU definition of blindness could help save billions of euros: study 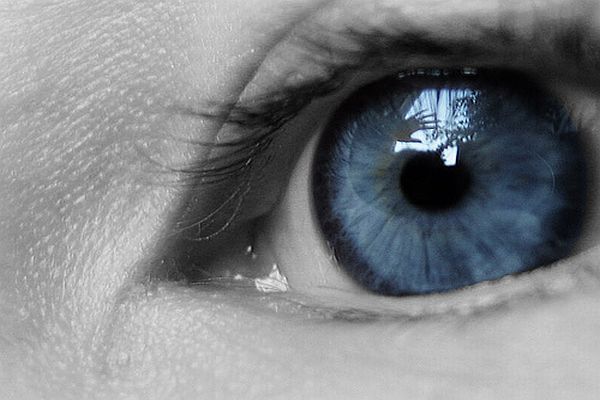 This article is part of our special report Europe’s Blind Spot.

SPECIAL REPORT / Europe needs a unified definition of blindness to help tackle the condition that costs billions of euros in treatment and loss of economic activity, much of which could be saved, according to a study for the European Forum Against Blindness (EFAB), conducted across six countries.

The definition of blindness remains a key problem, with no clear policy across EU member states, found a study conducted by consultants at Deloitte Access Economics.

In France, blindness is defined depending on whether the sufferer considers him or herself blind, Germany has its own scientific definition whereas Italy and the United Kingdom use official World Health Organization definitions.

The report, 'The cost and burden of eye diseases and preventable blindness', was presented last week (1 October) at a debate in the European parliament designed to garner responses to the challenge of blindness in Europe. The study included data from France, Germany, Italy, Slovakia, Spain and the UK.

Across the six countries examined, it found that 123 million workdays are lost every year as a result of eye diseases, which account for healthcare costs of €15 billion on eye diseases and €1.4 billion on blindness itself.

Indirect costs arising from productivity losses and informal care amount to €20 billion for eye diseases and €7.1 billion for blindness, the survey said.

The prevalence of blindness in Europe varied widely between member states, according to the findings, with twice as many people in Italy and Slovakia having lost sight compared to their counterparts in France and UK. It found that between 26,480 and 218,513 individuals are blind in the countries examined, but hundreds of thousands more suffer visual impairment.

“Blindness is the end point, but the number of people with visual impairment is much greater than the 700,000 [blind] in the six EU countries. We think one in every thirty is blind or partially sighted,” Professor Sehnaz Karadeniz, the president of the International Diabetes Federation’s European region, told Parliament.

Intervention could halve prevalence of blindness

The study found that health interventions – such as appropriate early detection, prevention and treatment options such as screening for cataracts, diabetic retinopathy and glaucoma followed by treatment for these conditions – could halve the numbers suffering blindness and save the six states in the range of €1.6 billion to €3 billion each year. But delegates agreed that a clear pan-European definition of blindness would be necessary to implement such money saving  policies.

Marian Harkin MEP (Ireland, Greens) told delegates at the debate that Commission support would likely be available for attempts to create a pan-European definition of blindness.

“When you talk about a European standard for visual impairment that should be accessible for European funding because one of the things we try to do is add value, so if you try to coordinate national level information that is the kind of thing that the Commission would look to fund,” she said.

Speakers also addressed the urgency of putting visual impairment higher up the European policy agenda as a result of its connection to the rapidly ageing demographic.

“The real situation is not promising for the future, putting more people at risk for the future with ageing, the diabetes epidemic, and we know that 70% of those who develop obesity also have retinal problems,” according to Joris Kleintjens, a senior research manager with Deloitte, who was one of the report’s authors.

Ian Banks, the president of the European Men’s Health Forum, warned of the impact that rising retirement ages across Europe – especially for women, whose retirement ages are increasingly being tallied with those of men – would have on visual health and productivity.

“This means that there will be many more people working with visual impairment, so we need to plan ahead, not just for treatment but to prevent it, if we want to have a healthy workforce,” he said.

The debate was held as a forerunner event to mark World Sight Day 2013, which takes place this week (10 October), to raise awareness about preventable blindness across Europe, and to support efforts to make blindness a public health priority.

There are 285 million people worldwide who suffer serious vision impairment.  Of those cases, 90% occur in the developing world.