Arsenal footballer Héctor Bellerin plants trees, which will be transferred to the Amazon in November. [Photo: Twitter]

Spanish international footballer and Arsenal defender Héctor Bellerín has started to make good on his pledge to plant 3,000 trees every time the London club wins a match, as part of a campaign to tackle deforestation in the Amazon.

In June, Bellerin teamed up with global charity One Tree Planted, which aims to improve ecosystem health in the Amazon and provide sustainable employment for local communities.

Bellerin’s effort has so far raised nearly €15,000 and is well on the way to achieving the target of planting 30,000 trees. The scheme does not rely solely on Arsenal’s ability to win matches, as every dollar donated will translate into one tree planted.

The Spanish star’s pledge had looked in danger though after his club lost back-to-back matches after the restart of the season – suspended due to the coronavirus – but luckily for the eco-player, his teammates have since got their act together and won four in a row.

After the wins, the 25-year-old tweeted: “First set of seeding taking place. Ready to go into the rainforests in November!” After a 1-1 draw against Leicester on Wednesday (8 July), Bellerin insisted “we didn’t deserve that result” and said he would plant the trees anyway. 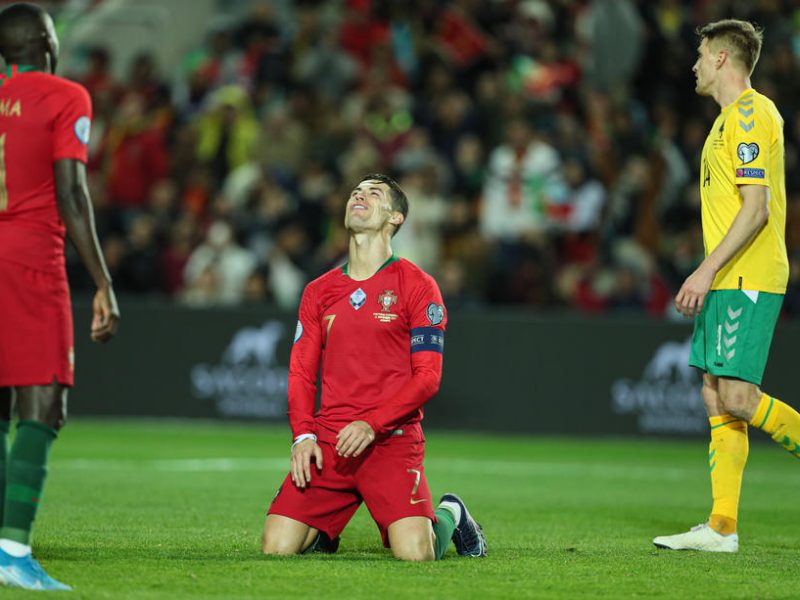 With Arsenal still pushing for an unlikely berth in next season’s European competitions – four matches means that there are at least 12,000 potential trees to be planted if the club can win out.

Bellerin has always been interested in environmental issues and has in the past spoken up for climate action efforts and only buys clothes from secondhand shops, in stark contrast to the big-spending playboy image cultivated by many footballers.

“As a child growing up in Barcelona, I spent a lot of my time with my Grandad in his garden planting trees and playing in forests so it’s an issue very close to my heart,” Bellerin said at the launch of the scheme back in June.

“When I saw the great work that One Tree Planted do, not just the planting of the trees but within the communities as well, I knew it was something that I wanted to get involved in.”

He added that “I hope that by doing this and using my platform, others will see how important it is to look after our world and donate to a cause which really affects us all.”

Amazon deforestation is most problematic in Brazil, where studies estimate that 4,500 acres are cleared every hour. Climate analysts warn that if left unchecked it could prompt the rainforest to cease being a CO2 sink and become a CO2 emitter instead.

Brazil’s government bowed to pressure from global investors this week and agreed to a 120-day-long ban the setting of fires in the basin. Cattle farmers typically set forested areas ablaze to clear it to create grazing pastures.

According to the country’s space agency, last year saw a 30% increase in fires, which have surged since right-wing President Jair Bolsonaro took power in 2018.

The coronavirus pandemic has plunged football clubs into crisis, and to stay afloat, they had to get creative. KSV Eschenrod, a district league club, started a project that benefits both the club and the climate with great success. EURACTIV Germany reports.