This article is part of our special report Diabetes: The next global challenge.

For the European Commission, the digitalisation of healthcare systems will make them sustainable in the long term and help offer better services.

But issues such as the collection of patients’ data, its ownership, and processing have taken center stage in the EU debate.

The right eHealth tools will help healthcare systems adjust to the alarming rise of diabetes and patients to effectively monitor the development of their disease, European Commissioner for Health and Food Safety Vytenis Andriukaitis said in an interview with EURACTIV.com.

The European Health Parliament (EHP), a platform of top 55 young professionals focusing on EU healthcare issues, believes that the collection of big data will have an overall positive impact on the quality of care to patients, while making life easier for healthcare practitioners and government authorities.

In the Big Data Healthcare report, the EHP stressed that by sharing personal health information with any physician in the EU, patients will be able to receive appropriate treatment across Europe and avoid unnecessary medical fees and administrative burdens.

“They would possess a centralised, up-to-date and easily accessible health ‘database’, while retaining ownership and ensuring appropriate use of their data,” the report reads.

Regarding healthcare practitioners’ benefits, the report suggests that they will have a comprehensive view of the patient’s medical background, enabling them to offer the most appropriate treatment.

As far as the member states are concerned, the EHP claims that it would be able to develop a single electronic health platform that would result in a better balance of costs and benefits in healthcare budgets through the improvement of treatment and avoidance of duplicate medical tests.

According to Denis Horgan, Executive Director of the European Alliance for Personalised Medicine (EAPM), these information streams are growing all the time, but there are issues with gathering, storing and disseminating the intelligence, as well as obvious ethical issues regarding the privacy of individuals.

“The vastly improved data sharing, under robust rules to protect the donors, is necessary to keep science on the move and the EAPM is very wary of legislators shutting the door to cross-border and regional partners wishing to exchange information,” he told euractiv.com.

Referring to diabetes researchers, he explained that they have always collected, stored, and shared data under extremely well-monitored and ethical conditions.

“I remind legislators that this is very different from companies such as Google and Facebook using personal data to target advertising and insurance firms doing the same to formulate personal claims policies,” he emphasised.

Horgan said diabetes patients are generally keen to share their own data under certain conditions as they believe this leads to empowerment, in the sense that it can assist in finding cures and treatments for their own conditions as well as for other patients that will follow.

“On top of this, information technology stakeholders have been quick to get in on the act, not only through so-called smart clothing but through data collection and interpretation via smartphones, watches, and super computers which can support diabetes patients ” Horgan added, saying Apple and Intel are prime examples of this trend.

For the EAPM, data sharing opens up “new avenues” and opportunities that will allow the medical community to better treat the millions of potential diabetes patients across the EU’s 28 member states.

“EAPM and its stakeholders from the diabetes community are in the vanguard of this journey down the new health super-highway but the wheels will fall off if data sharing is not allowed to be a prime driver,” the health expert said, admitting that the General Data Protection Regulation Europe found ways to ensure that the rules were not catch-all and that medical data could still be gathered, stored and shared.

“But the simple fact is that not enough of this vital information is getting to where it needs to be and the European Commission, Parliament and indeed Council needs to address this issue by actively encouraging co-operation among member states, while still protecting the diverse citizens that it represents,” Horgan said.

Contacted by euractiv.com, the European Public Health Alliance, a network of non-profit health organisations, noted that whether or not big data was a concern depends on the scope and origin of the data.

Sascha Marshang, policy manager at the EPHA, remarked that if the data in question was health data that individuals have given their informed consent to share, this should be less problematic than making use of data extracted from all possible sources, including social media or other non-health related online profiles which could reveal information about an individual’s physical or mental health status.

“While the notion of tailored treatments based on precise personal health data is attractive, health systems need to be careful not to overstep the fine line between what patients perceive to be strictly personal data vs. other data they consider to be shareable – in the context of Big Data, discussions about data protection, ePrivacy and security will no doubt flare up again,” Marshang emphasised.

Big data is only useful if health systems are able to filter and analyse it in order to generate better health outcomes, he added, saying this is a task that already over-stretched health professionals cannot be expected to undertake on their own.

“eHealth innovation, although potentially cost-effective, thus comes with a price tag attached: infrastructure needs to be in place and resources need to be mobilised to effectively integrate it into health systems,” Marshang said.

Efforts to digitalise healthcare for chronic disease patients – including those suffering from diabetes – are helpful, according to the European Public Health Alliance (EPHA). But the move towards digitalisation should not exacerbate existing health inequalities, it warns.

For Professor Miriam Cnop, who is chair of the European Association for the Study of Diabetes-EU Committee, data collection and in particular the creation of a European diabetes registry would significantly stimulate diabetes research and bring science closer to a cure for this very complex disease.

“Unfortunately Sweden is currently the only country with a high qualitative national diabetes register,” Cnop stressed, underlining that a European registry is still far away due to a lack of harmonisation of data formats which leads to “many incompatibilities and hence lost opportunities for research”.

According to the health expert, the EU should play a leading role in stimulating member states to better coordinate their data collection and work towards a uniform method. 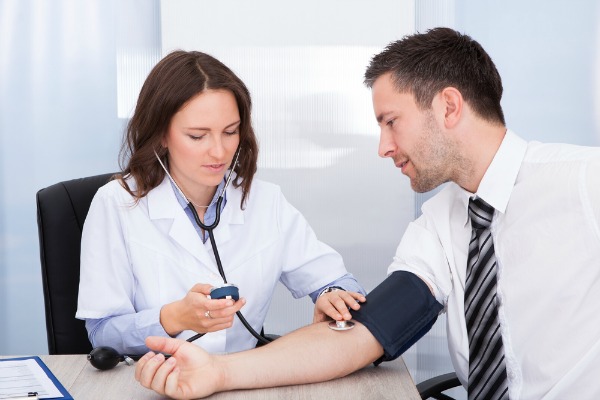 Swedes have the best diabetes care in the EU

SPECIAL REPORT: Sweden has the best healthcare system to tackle diabetes, but this is mainly due to the Scandinavian country having a better national registry, according to the 2014 Euro Diabetes Index, launched in Vienna on Wednesday (17 September).

Diabetes is a chronic disease characterised by high levels of glucose in the blood. It occurs either because the pancreas stops producing the insulin hormone (type 1 diabetes), or through a combination of the pancreas having reduced ability to produce insulin alongside the body being resistant to its action (type 2 diabetes).

People with diabetes are at greater risk of developing cardiovascular diseases such as heart attack and stroke if the disease is left undiagnosed or poorly controlled.

The World Health Organisation (WHO) projects that diabetes will be the 7th leading cause of death in 2030.

Genetics, age and family history of diabetes can increase the likelihood of becoming diabetic and cannot be changed.

But according to WHO, there are some behaviors that increase the risk factors for type 2 diabetes, such as unhealthy diet (1 in 3 is overweight) and physical inactivity (1 in 10 obese).

The 2011 Political Declaration on the Prevention and Control of Non-communicable Diseases NCDs recognized that the incidence and impacts of diabetes and other NCDs could be largely prevented or reduced with an approach that incorporates “evidence-based, affordable, cost-effective, population-wide and multisectoral interventions”.