A new research collaboration between Oxford University and Copenhagen University found that contrary to public belief, the Danes bought 4% less saturated fat, more vegetables and more salty products, while the fat tax was in force between October 2011 and January 2013.

The study was published by the European Journal of Clinical Nutrition.

“We see that a lot of foods are replaced when politicians regulate our consumption,” Sinne Smed, of the, Copenhagen University told the online magazine Videnskab.

“Some findings were really positive. For example, we can see that more fruits and vegetables were consumed. However, one negative thing is that there was also a bigger consumption of salt.”

A tax of 16 crowns (€2.14) per kilo was applied to meat, dairy products and cooking oil which consist of more than 2.3% saturated fat to combat unhealthy lifestyles. Around 13% of Danes are obese.

The fat tax was the first of its kind in the world. However, in recent decades, member states have experimented with different kinds of taxes in order to prevent diabetes and other lifestyle diseases among citizens.

Some of the countries which have introduced sugar taxes on, for example, chocolate, fizzy drinks and confectionery include France, Hungary, Finland and the UK.

At EU level, represented by FoodDrinkEurope, the food sector has frequently stated that it believes that food and drink taxes discriminate against specific food producers and obstruct the EU’s single market.

Overall, the changes in the procurement of products with saturated fat, salt, fibres, fruit and vegetables due to the introduction of the fat tax had an impact on the amount of people who died of cardiovascular disease, diabetes and cancer, according to the researchers.

“The results show a small but quite significant decrease in the number of deaths due to non-communicable diseases,” said Smed.

Data indicates that the fat tax could save 123 people per year, with 76 of them being under 75 years old. The result could have been even better, the researchers say, if the consumption of salt had not risen during the same months.

“When you increase the price on some products, then people start finding alternatives. There is a lot of taste in fat, sugar and salt, so when you use less saturated fat, you might increase the amount of salt you add to your food. Therefore, if we were to introduce a new fat tax, we would have to find a way of controlling the salt consumption,” Smed explained.

However, the new research forgot to mention that the fat tax was a heavy administrative burden on businesses. It also lead to a huge surge in cross-border shopping in neighbouring Germany, where Danes bought fatty food products that had become expensive at home.

Denmark’s recently introduced tax on food and drinks is driving shoppers to neighbouring Germany at an unprecedented level, according to a survey by the Danish Grocers’ Trade Organisation (DSK).

Eventually, the tax was scrapped by the EU’s Competition Commissioner, Margrethe Vestager, who was at the time Denmark’s Minister for Economic Affairs and the Interior.

Claus Bøgelund Nielsen, the vice president of the Danish Grocers’ Trade Organisation (DSK), also told EURACTIV that the fat tax had a “psychological effect” on Denmark, creating a notion among consumers that if they went abroad, it would probably also be a good idea to bring home other daily food products not hit by the fat tax, such as sugary drinks and candy.

Still, health campaigners and researchers have called for the fat tax to be reintroduced based on new principles that would benefit businesses, but still improve public health. They encourage the government to this time ‘do it right from the start’ and listen to experts.

“It has to be introduced again, and this time the right way with the necessary groundwork. First, we would have to listen to the experts who can define the overall principles for the levy. Then, we would have to sit down with the different business sectors to discuss how we can administrate and implement it the best way,” Bent Egberg Mikkelsen, a nutrition professor from Aalborg University, said.

Should Denmark decide to have another fat tax, it’s likely that it would have to wait until after the European Commission has determined whether the first one could be considered illegal state aid.

In 2015, the EU executive opened an inquiry, saying that it sought to determine whether or not food producers, who were not forced to add an extra fat tax on their products, received illegal assistance. 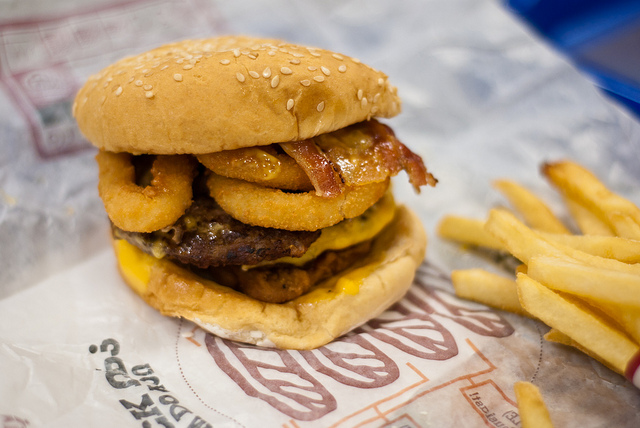 On 1 October 2011, Denmark got a 'fat tax' in order to battle unhealthy lifestyles.

The fat tax - 16 crowns (€2.14) per kilo - was applied to meat, dairy products and cooking oil which consist of more than 2.3% saturated fat. But Denmark decided to abolish its fat tax after barely a year, citing too many negative side effects hitting businesses. A proposed sugar tax that was meant to be introduced in 2013 was likewise scrapped.