One in seven people with HIV in Europe is unaware of their infection, the EU and World Health Organization reported Tuesday (29 November) as 2015 marked another record year for new HIV cases in the region.

“HIV/AIDS continues to be a serious problem in Europe… The European Centre for Disease Prevention and Control’s (ECDC) estimate that one in seven people living with HIV are unaware of their status is particularly worrying,” EU Health Commissioner Vytenis Andriukaitis said in the report released ahead of World AIDS Day on Thursday (1 December).

“People who do not know they are infected cannot benefit from life-saving treatment, and can continue to transmit the virus to others,” he noted.

The ECDC figure is based on data from the 28 EU nations plus Iceland, Liechtenstein and Norway.

Almost half of cases in those countries — 47% — are diagnosed at a late stage of infection, the ECDC said, estimating that on average it takes almost four years before an HIV infection is diagnosed and reported.

Sex between men remains the main reported HIV transmission mode in those 31 countries, accounting for 42% of diagnoses. Men who have sex with men is the only group that has seen a steady increase in infections over the years, the report said.

According to the UN, AIDS-related deaths and further infections are on the decline worldwide. However, NGOs worry that foreign aid will be cut because of the global economic crisis. EURACTIV France reports.

Heterosexual sex accounts for 32% of diagnoses, followed by drug use at four percent.

The 2014 figures were also a record number, driven by cases in Russia and immigrants who acquired the virus after arrival.

The WHO regional office for Europe has a different definition of Europe and compiles data from 53 countries. 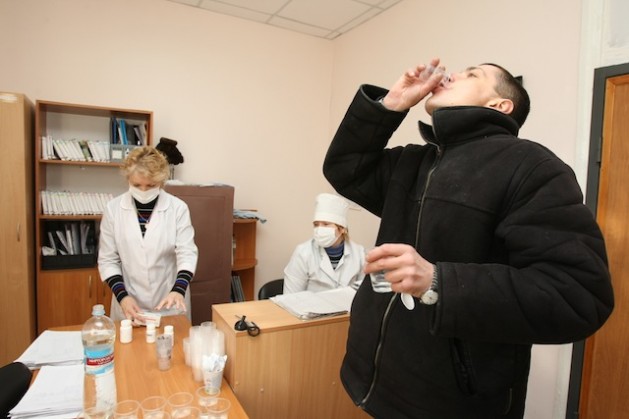 AIDS death rates in Eastern Europe and the former Soviet Union have soared in the last decade while the EU continues to put the brunt of its funding for treatment and prevention in developing nations, according to experts who say this is creating a potential health timebomb on the EU’s eastern frontier.

Almost 80% of the 2015 cases it tallied were reported in eastern Europe, 18% in western Europe and 3% in central Europe.

Russia, where HIV remains a largely taboo subject, accounted for 64% of all newly diagnosed infections in the WHO’s European region, and 81 percent of cases in eastern Europe.

There, heterosexual sex is the main route of transmission of the virus which is spread through contact with contaminated body fluids. 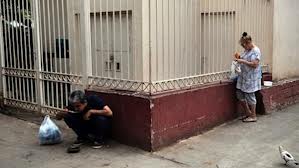 A controversial measure that allows the police to detain people and force them to be tested for HIV has been reinstated by the new Greek health minister, Adonis Georgiadis.

“Despite significant efforts, HIV remains among the main public health concerns in the WHO European region, in particular in its eastern part,” the WHO regional director for Europe, Zsuzsanna Jakab, said.

She urged member countries to implement a new action plan they endorsed in September, including improving access to HIV testing and prevention methods, to reverse the HIV epidemic.