The best football players in the world produce at least 505 tonnes of CO2 emissions per year by travelling alone, way above the average, a study has revealed.

Football players spend a lot of time travelling around the world. While FIFA and UEFA have committed to reducing emissions, transport remains an important challenge for football’s efforts to get ‘greener’.

The study was conducted by Andrew Welfle, a researcher at the Tyndall Centre for Climate Change Research, and published by Football Predictions.

He looked at the top 20 players – the nominees for prestigious Ballon d’Or – and calculated their contribution to climate change in tonnes of CO2 produced.

Welfle concluded that Marquinhos (PSG), Roberto Firmino (Liverpool), Son Heung-Min (Tottenham), Sadio Mane (Liverpool) and Neymar (PSG) are the most ‘polluting’ footballers as they are those who travelled the most during the season.

Marquinhos alone was responsible for 53.5 tonnes of Co2. According to the study, 835 trees would need to grow for 10 years to offset the Brazilian player’s emissions.

Firmino’s trips produce the same amount of pollution as six households per year (49.5 t CO2) while Neymar contributed as much as eight vehicles being driven for a year (38 t CO2).

For comparison, the carbon footprint of the World Best Player and winner of the Balon d’Or, Leo Messi, was 20.9 t CO2. 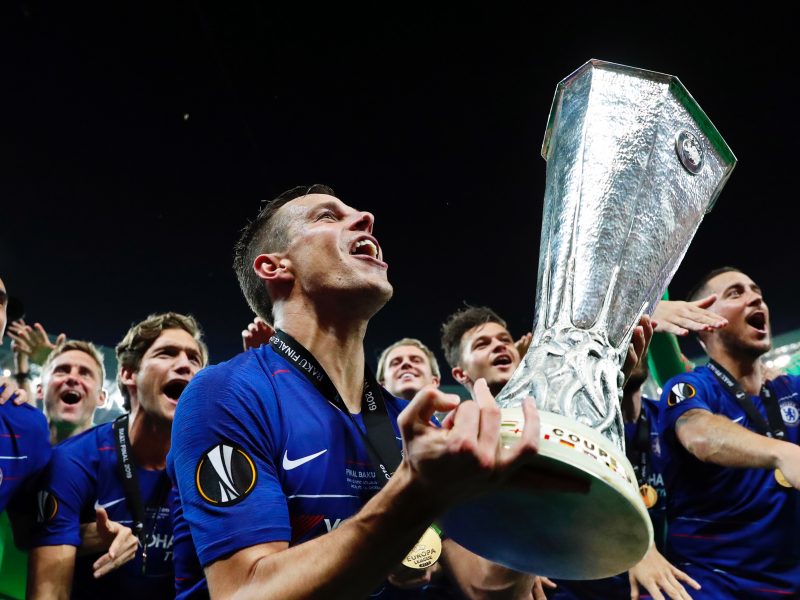 The study only looks at the carbon footprint of the travels made in the context of their participation in tournaments and not as a result of their lifestyle.

Their overall contribution to climate change would probably be much higher than this calculation though, as football players at work pollute much more than the average citizen.

“From the perspective of flying, there is not much football/ footballers can do to reduce their impact, given the current intense schedule of fixtures all over the world they have to attend,” researcher Andrew Welfle told EURACTIV via email.

“The aviation sector is currently investing lots of time and money into decarbonisation projects such as the use of biofuels, electricity and improving efficiencies – but aviation being truly low carbon is still many years away,” he added.

However, footballers still can help to reduce their carbon footprint by avoiding flying whenever possible, putting an end to the use of private jets or VIP travel – given that the environmental impact of these flights is bigger- and contributing to carbon offsetting schemes that fund climate change projects, the researcher explained.

“Although there are many critics of these,” Welfle said about offsetting schemes, “it is better than not doing so.”

UEFA has been trying to compensate for the emissions produced as a result of the tournaments the organisation is responsible for through offsetting schemes indeed.

The Euro 2020 will be hosted in twelve stadiums in as many countries across Europe, a departure from previous tournaments which has raised environmental concerns, so the organisation has announced an offsetting system for the event.

“UEFA will compensate for the carbon emissions of the travels of all supporters,” Patrick Gasser, head of UEFA’s football & social responsibility unit, explained during the EU Green Week in Brussels.

Even the ‘greenest’ club in the world, the Forest Green Rovers (Nailsworth, UK), has been struggling with reducing the carbon footprint of the team’s trips.

The manager of the team, Dale Vince, is the founder of Ecotricity and has been investing in designing a hybrid bus for the team but technologically is still too challenging.

For the fans, the club encourages the use of public transport or car-sharing for displacement to other stadiums and has installed electric car chargers in the facilities of the club.