The Brief – MEPs have parliamentary, not coronavirus immunity 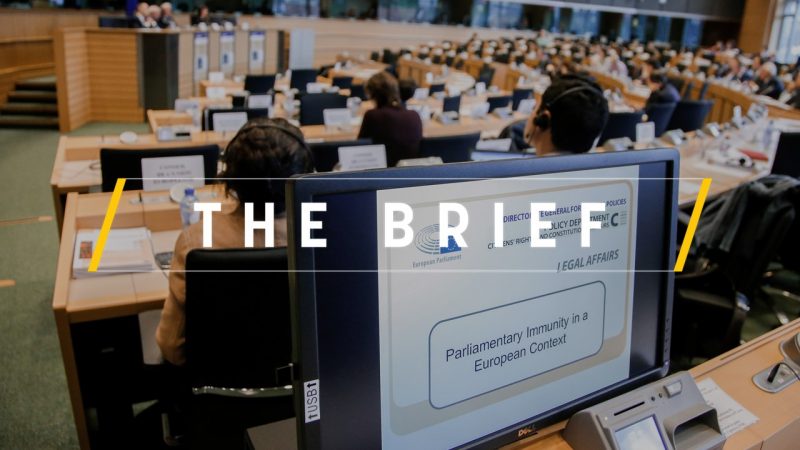 European Parliament staff who have travelled to coronavirus-affected areas in the past two weeks have been asked to stay at home but MEPs are under no such obligation.

With one rule for the few and one for the many, parliamentary staff have sounded the alarm over this double-standard which is causing considerable consternation.

As coronavirus concerns have escalated, the EU Parliament has taken the decision to implement precautionary measures, putting a “best practices” protocol in place to prevent the spread of the disease.

While staff are in self-isolation and teleworking, even if they feel well and had no suspected contact with a person infected with coronavirus, these rules do not apply to MEPs.

That is because they are self-regulated – by an independent body of MEPs known as Quaestors. Although they decided to adopt the same measures, these have only been accepted on a voluntary basis.

And even this watered-down version of the measures has been criticised by an Italian lawmaker who, in a letter to the Quaestors seen by EURACTIV, said that the right of MEPs to fulfil the duties of their democratic mandate cannot be limited even in the current situation.

But why should the jobs of MEPs take precedence over public health?

This is even more concerning because next week is a committee week and follows the so-called “Green Week”, meaning that many MEPs have been back home and in contact with their constituents even more than usual.

The Commission recently launched plans to prevent the spread of the disease, including a new aid package to boost global preparedness, prevention and containment of the virus, but it seems that MEPs are taking a more lax approach to preventative strategies.

This lack of institutional coordination is also evident in the guidance issued from the HR departments at the Parliament and the Commission, with the former placing restrictions on those who have travelled in four affected Italian regions, while the latter specifies the 11 most-affected towns.

These double standards are just the tip of the iceberg when it comes to the way the Parliament has handled coronavirus.

For instance, at the beginning of the week, the Parliament took the last-minute decision to postpone the start date of the Schuman traineeships for those coming from the four regions for six months, giving only one week’s warning to trainees.

This situation was only resolved thanks to the president of the Parliament, David Sassoli, who overturned the decision.

The fact of the matter is, viruses do not discriminate on the basis of job descriptions, and this begs the question: how can we hope to contain the spread of the virus when MEPs refuse to play ball?

The European Parliament is considering whether to hold its meetings and plenary sessions by teleconference instead of in person due to growing concerns about the fast-spreading coronavirus that originated in China.

Volkswagen is set to pay €830 million in compensation to Germans who have bought a car fitted with emissions test-duping technology. But it pales into comparison with what US drivers were awarded.

Bulgaria has sent gendarmerie forces to its border with Turkey because the threat of a migrant wave is real, Bulgarian Prime Minister Boyko Borissov said on Friday.

The Spanish left-wing coalition government scored its first major political success, after the Parliament in Madrid approved the expenditure ceiling.

EU trade and industry ministers weighed into a discussion on a carbon border tax, as the bloc’s internal market chief said the tariff will be ready to deploy “as soon as possible”.

Activists are calling for an immediate ban on the practice of using donkeys as “taxis” for tourists in Greece, saying that an awareness campaign will not be sufficient to put a stop to the cruel tradition.

Informal meeting of EU foreign and defence ministers next week in Zagreb, Croatia.