The Brief, powered by ESA – ‘Whatever it takes’ to give EU the health competence 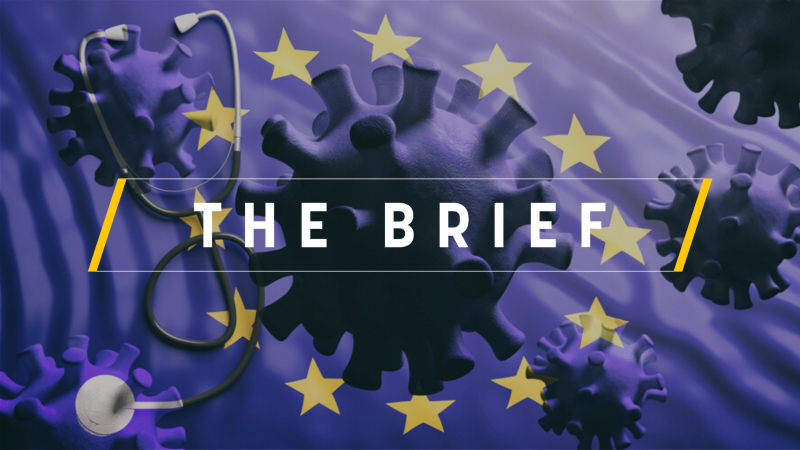 Eurogroup’s chief pledged on Monday (16 March) to do “whatever it takes” to fight coronavirus and protect the EU economy from another recession. It’s still early, let’s get there first, but after the crisis is over, citizens should rightly ask for “whatever it takes” to give the EU the competence of health, which currently lies in the hands of national governments.

EURACTIV has learned that the European Commission has been warning the member states since early February to brace for a coronavirus pandemic. EU capitals knew since the very beginning where the whole situation was heading.

Member states were also aware of the fact that alone, they would never be able to slow down the spread of the virus.

Instead, they opted to close their borders and put restrictions on personal protective equipment exports. In the meantime, many member states did not share with the Commission – when they were explicitly asked – information about the stockpile of masks, as if it were a national security matter.

The result? We now have a pandemic on our hands and they still haven’t fully coordinated their actions.

When Italy implored its EU partners to send masks, no EU member responded. This will definitely haunt Italians for a long time.

Moreover, EU member states did not manage to sufficiently raise awareness of the coronavirus threat. By choosing to adopt the no-panic rhetoric, they ended up having citizens who literally disregard the danger.

In the midst of the coronavirus crisis, Belgians went to Luxembourg and the Netherlands to party and then came back to Belgium. Greeks went to beaches to get some sun (as if they missed it during the year). The Dutch queued in front of coffee shops to get fresh cannabis before the lockdown set in, while Brits staged rock concerts for 25,000 people.

Some EU officials privately admit that it was mainly eastern European citizens who have heeded the warnings.

When this crisis is over, the pro-European and the Eurosceptic citizens alike should see the reality and demand that health be taken off the hands of member states.

At the same time, the endless discussions among policymakers, the pharma industry and health NGOs should finally produce an outcome. In addition, EU citizens should claim their right to have a fully functional single market in all its aspects, not only for banks and telecoms.

In the space of one afternoon, coronavirus managed to kill the short-sighted austerity dogma. In the aftermath of the crisis, it should also kill national irresponsibility when it comes to health.

Europe’s football governing body UEFA decided to delay the Euro 2020 tournament one year, as the coronavirus outbreak forced the organisation’s hand after threatening to play havoc with the sporting calendar.

Coronavirus could potentially cause approximately 510,000 deaths in the UK and 2.2 million in the US if left unchecked, according to new findings published by Imperial College London’s COVID-19 response team.

The European Court of Auditors (ECA) has launched a probe into the resilience of the bloc’s attempts to stifle fake news that can ’cause public harm,’ the institution announced.

On the day that France’s President Macron announced sweeping plans to go into a 15-day period of enforced lockdown, concerns also arose as to the potential increase in cases of gender-based domestic violence, following a previous surge in China under similar conditions.

One response to “The Brief, powered by ESA – ‘Whatever it takes’ to give EU the health competence”