The Brief – The real threat from COVID-19 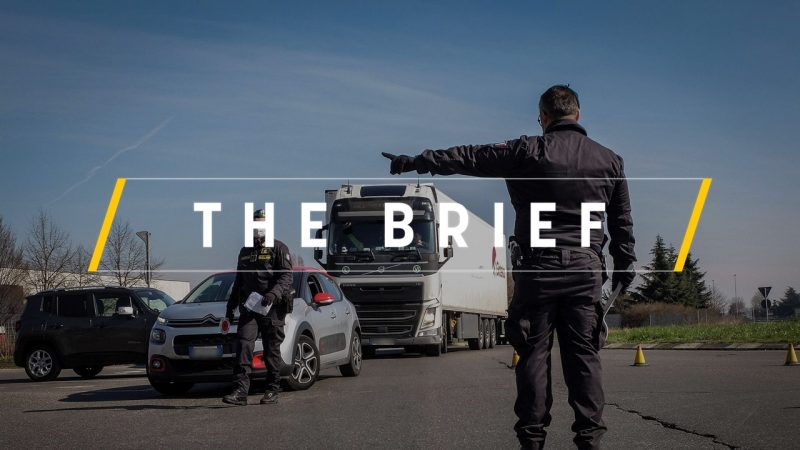 The coronavirus epidemic COVID-19 is an insult to liberal-minded people who advocate an open world and economy without borders.

In a very short time, it has brought out the worse instincts in people: fear of the alien and of another race (the Asiatic in this case), seeking refuge in confinement, closing borders, avoiding travel, avoiding public spaces.

It’s a miracle that Donald Trump and his crew didn’t use the coronavirus to drive home their mistrust of China, their rejection of globalism, their ultimate refuge in the national space, and their predilection for walls.

In China, where the COVID-19 outbreak originated and has been the strongest so far, the world community made a mistake. Ignoring the warnings of the World Health Organisation, all major countries sent airplanes to evacuate their nationals.

This was indeed possible in the case of China, where, after all, there aren’t so many foreigners to begin with. But in the case of the outbreak in Italy, with hundreds of thousands of expats living there, would anyone envisage such repatriation? Of course not, that would be a disaster.

And what is better – messy repatriations or complete closure of borders, like Russia did with its biggest neighbour? Can we imagine Austria or France completely closing its border with Italy?

What impact would COVID-19 have on Schengen?

What could be the consequences for the EU as a whole, at a time when the differences between Austria and Italy, to mention only those two, are so big in the context of the EU’s precious long-term budget?

The Commission reacted fast, releasing today (24 February) a package worth €232 million to tackle the COVID-19 challenges.

But from the financial breakdown, we notice that not a single euro has been allocated to communication.

Because they don’t know what to communicate. When we spoke to the Commission people, they didn’t seem prepared to issue at least a couple of clear messages about the basic dos and don’ts in this situation.

Such a lack of leadership could only help to create another crisis or aggravate the existing one. The threat is not the virus, it’s the perception. Because, as a virus, COVID-19 is not as dangerous as the fear it instigates.

With the number of cases topping 150, Italy is facing the worst coronavirus outbreak outside Asia. Entire towns in the Northern part of the country were locked down, while schools were closed and public events, such as the iconic Venice Carnival, were cancelled.

Former Ukrainian President Petro Poroshenko is fighting a court decision to have him brought in by force for questioning by the State Bureau of Investigations. Poroshenko’s lawyers and his party said this latest development illustrates what the West calls “selective justice” in Ukraine.

Voters in Hamburg gave the SPD one of their best election results in recent years in a regional election on Sunday. Peter Tschentscher (SPD) will continue as the city’s mayor, the Greens doubled their share of the vote and Chancellor Angela Merkel’s CDU performed poorly.

2 responses to “The Brief – The real threat from COVID-19”