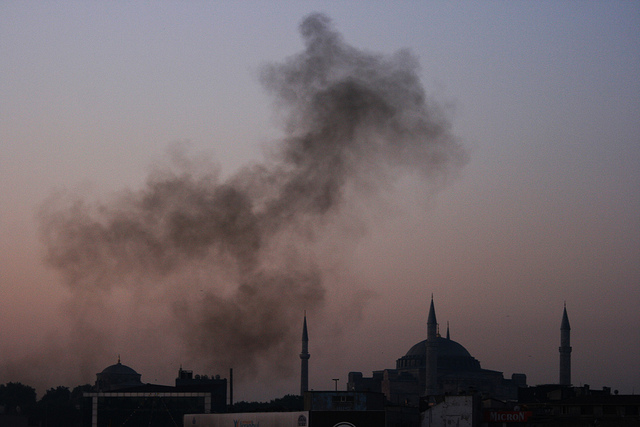 Coal investment in Turkey is the third largest in the world. [Quinn Dombrowski/Flickr]

The Health and Environment Alliance (HEAL) today called on the European Union to promote sustainable development in Turkey and end lending for new coal projects.

Air pollution from existing coal plants already costs Turkey up to €3.6 billion per year in covering health costs caused by coal. That would be significantly increased by the new projects.

The effects of coal air pollution exposure include premature death, chronic lung disease and heart conditions, the report, The Unpaid Health Bill – How coal power plants in Turkey make us sick, has found.

EU member state Poland is planning the tenth largest investment in coal in the world. Weak draft EU rules for coal plant emissions could result in 71,000 deaths and €52 billion of health costs across Europe in the decade to come, according to separate research published today in The Guardian. 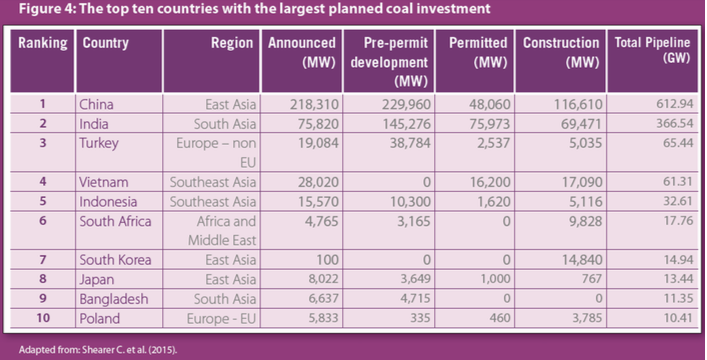 The Turkish investment will also lock in hazardous emissions for more than 40 years, according to HEAL. CO2 emissions from coal contribute to climate change.

For 2014, electricity produced from domestic coal/lignite is 34 billion kWh. This is expected to increase to 60 billion kWh by 2019, almost double the generation in four years. Plans for 80 new plants will more than quadruple the number of coal-fired power plants from the 19 in 2012, when HEAL began its analysis.

Dr.Bayaz?t ?lhan, president of the Central Council of Turkish Medical Association said, “A large coal-fired power plant emits several thousand tons of hazardous air pollutants every year and has an average lifetime of at least 40 years.

“The plans for a massive increase in investment would mean that coal’s contribution to respiratory and cardiovascular disease would continue for decades.”

“More and more health professionals around the world are calling for divestment from coal to improve health and help prevent climate change, giving the clear message that coal doesn’t have a future,” said Anne Stauffer, HEAL deputy director.

Health professionals in Poland, Serbia and the UK have called for the health costs of coal to be taken into account in energy policy decisions.

Selling coal power to the EU

Turkey’s coal investment could be influenced by the EU’s plans for Energy Union. The Energy Union looks to bolster the bloc’s resistance to shortages.

The EU wants to wean itself off its dependence on Russian gas after the Ukraine crisis. Turkey is aware that the bloc represents a large market. It is already planning to sell Russian gas to the EU via Greece through the Gazprom-backed Turkish Stream pipeline.

The Centre for European Reform has called on the European Commission to use trade law to block Turkish imports, if they put EU citizen’s health and environment at risk. Air pollution can travel across borders.

It said Balkan countries and Ukraine should face similar measures. They are also increasing coal investment.

In the case of those countries, the EU could use upcoming reforms of the Energy Community to incentivise change, Climate Action Network Europe said.

The Energy Community is a largely EU-funded drive for binding rules to integrate markets with the EU set up after the Balkans War. But Turkey is only an observer, rather than a full member.

The bloc should stop buying any electricity from countries that do not meet EU air pollution standards at all their power stations, the CER think tank said.

Turkey is a member of the World Trade Organisation (WTO), as is the EU. The European Commission speaks for all EU member states at most WTO meetings.

WTO members cannot restrict imports from other organisation members, unless justified by environmental or health exemptions. The Commission would have to consider whether the exemption criteria were met, the source said

The source said, “This would however still require some analysis to know how such measures would interfere with our policy objectives and international obligations.”

EU leaders agreed to a 40% reduction in greenhouse gases compared to 1990 levels by 2030, ahead of a UN summit in November, to agree on a binding global deal to limit climate change.

Turkey is, on paper, in the process of accessing to the EU and has candidate country status. But talks have dragged and little progress is expected in the foreseeable future. A number of stumbling blocks are holding up Ankara’s progress, in particular concerning Turkey’s relations with Cyprus, human and minority rights, and freedom of expression.

The European Commission has ruled out any EU enlargement during the first five-year term of President Jean-Claude Juncker.

But should Turkey eventually join the EU, its emissions could count against the 2030 target. It would also have to make further investment to ensure its coal met EU standards.

Environmental and climate policies are one of the most demanding chapters of EU accession negotiations, accounting for about a third of total legislation that needs to be transposed.

If Turkey became subject to the EU’s emission trading rules, it would face paying out for carbon permit prices. They are expected to rise to €30 per tonne of CO2 by 2025.

18,000 premature deaths and four million lost working days each year at a cost of up to €43 billion annually are caused by coal in the European Union, according to NGO HEAL.

The health costs fall on individuals, families and governments, rather than being covered in the price of coal-powered electricity generation. They are “externalities” representing an “unpaid health bill”.

Prime Minister ?Recep Tayyip Erdogan has faced vigourous opposition due to his crackdown on media freedom, and freedom of speech, under his leadership.

3 responses to “Turkey to double coal capacity in four years”