For this second edition, an improved points system was introduced, rewarding clubs that work strategically across their operations, engage with fans by encouraging positive behavioural change, and demonstrate a long-term commitment to the fight against climate change. EPA-EFE/NEIL HALL [EPA-EFE/NEIL HALL]

The club from London’s northern suburbs, also known as Spurs, scored the most points in the 2020 ranking, thanks in part to the announcement on 25 January that they have joined the United Nations Framework for Sport for Climate Action.

The UN framework has two main objectives: achieving a clear trajectory for the global sports community to combat climate change by declaring and reducing greenhouse gas emissions in accordance with the Paris Climate Agreement; and using sports as a tool to unite global citizens in support of climate action.

And despite the COVID-19 health crisis, the London club does not intend to stop there.

“Looking to our future beyond the current pandemic, our message is that the climate needs to be at the forefront of all our minds,” said Spurs chairman Daniel Levy, quoted by the BBC.

“We have seen people take greater pride in their environment during the lockdowns of the past year. When we return to normality, we cannot slip back into bad habits and lose sight of this,” he added.

A ranking of concrete actions

According to the founder and president of the Sport Positive Summit, Claire Poole, the initiator of this ranking, “the aim of this table is to encourage clubs to increase their commitment to sustainability”.

“The past year has been a brutal one for everyone, including football clubs, but when we look specifically at the work that has been done, we can see that many clubs have continued their commitment to the environment despite the impacts of COVID-19,” she said.

Want to know more about what is included in our #EPLSustainabilityTable?

Last year’s Sport Positive Summit brought together sports leaders from around the world with the goal of achieving a low-carbon future for sports operations and events. The summit also focused on ways to raise climate awareness among fans.

To develop its ranking, Sport Positive aggregated key information on environmental sustainability for each Premier League football club into several categories, including the environmental impacts of organising football matches, as well as ongoing initiatives.

For this second edition, an improved points system was introduced, rewarding clubs that work strategically across their operations, engage with fans by encouraging positive behavioural change, and demonstrate a long-term commitment in the fight against climate change.

While the link between sports and the environment may appear blurred at first glance, the Positive Sport ranking is actually very concrete.

Clubs are awarded points depending on whether, for example, their activities are based on clean energy, sustainable transport, the reduction or elimination of single-use plastics, or environmentally friendly waste management. The clubs’ communication on these topics is also taken into account.

For instance, Tottenham’s strategy includes only using certified renewable energies across all its operations and facilities, as well as a strategy to reduce single-use plastics through the disposal of straws, stirrers, cutlery, and other types of disposable plastic packaging. The club will also be implementing a system of reusable beer cups.

However, aside from the clubs themselves, a whole ecosystem appears to be getting involved.

Tim Davie, managing director at the BBC – which broadcasts Premier League matches – announced in January that the group plans to become carbon neutral by 2030.

The BBC Sport channel has also signed the United Nations Sports for Climate Action Framework, notably to commit to training in sustainable production and sports journalism that includes an editorial line on sustainability.

The second edition of the Sport Positive Summit will take place on 28 and 29 September 2021 at the Wembley Stadium in London. 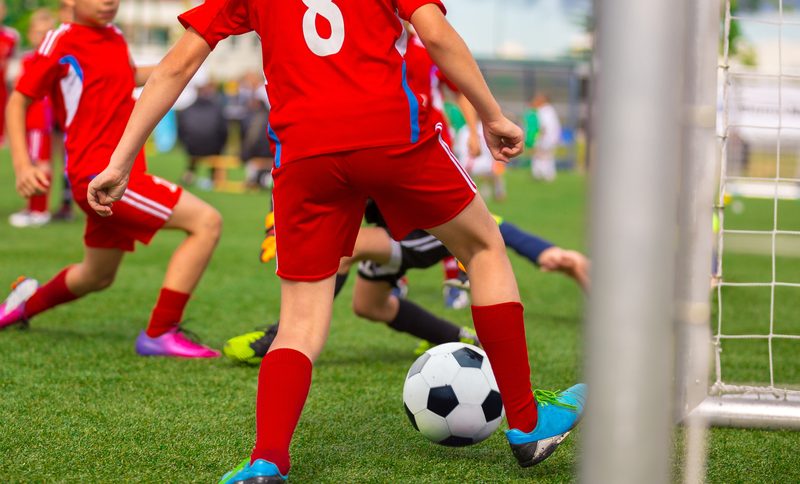 Whether they are footballs or jerseys, a great deal of today’s sports equipment is produced on the other side of the world and is made from plastics and chemicals that are often harmful to peoples’ health and the environment. However, the good news is that in France, a trend of local and eco-responsible production is gaining ground. EURACTIV France reports.