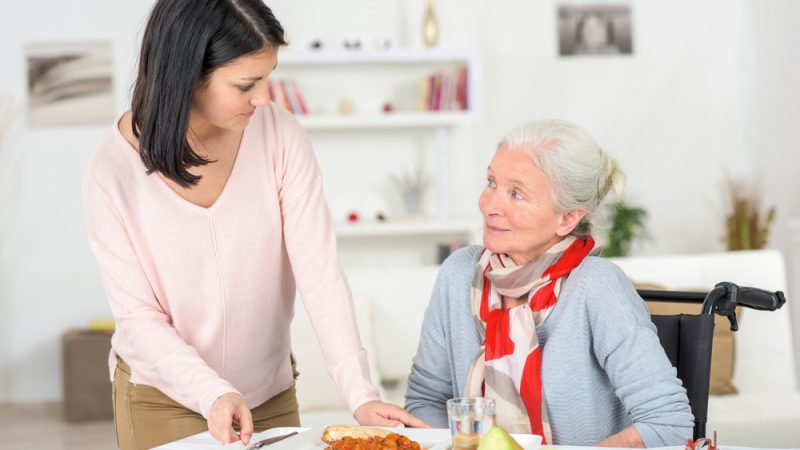 Informal carers are people who look after a sick or needy relative without being paid as a child taking care of his or her elderly parents on a daily basis. [Phovoir/Shutterstock]

The report, voted on Tuesday 15 February (524 in favour, 33 against, 143 abstentions), raises the challenges facing urban areas in the post-COVID-19 era, including the well-known issue of gender inequality.

Overall, while 80% of all care in the EU is provided by informal carers, as opposed to so-called “formal” carers such as nurses or care assistants, the report reveals that 75% of them are women.

Informal carers are people who look after a sick or needy relative without being paid. The profiles are varied, from a mother who looks after her sick child for a day, to a child who takes care of their elderly parents on a daily basis.

“It’s like being a carer, except that it’s unpaid,” Katalin Cseh summarised in an interview with EURACTIV.

In March 2020, Cseh, a doctor by training, responded to the call for volunteers launched by the Hungarian Ministry of Human Resources, which was facing a severe shortage of health personnel.

“If someone in their household is ill, women are expected to stay at home without any compensation,” says Katalin Cseh, adding that “for some women, it is like a second job, something that society expects them to do”.

“It is a burden on their shoulders,” she stressed.

The pandemic has exacerbated this phenomenon, partly because of restricted access to health systems but also because people with COVID symptoms have had to stay at home with someone to look after them.

“I’m not saying we shouldn’t take care of our loved ones. But this burden is not recognised enough by the states. It’s not paid or valued,” she said.

“We need a social contract for those who spend their lives caring for their loved ones. They should have help and support from professionals, but also financial support if they have to stay at home,” she argues.

Proud that my report in @EP_Regional calling for direct EU funding for cities has just passed with a landslide, 524-33-143 vote!

Across Hungary, we witnessed opposition-led municipalities starved of crisis relief. This must end— with funding reaching local governments directly pic.twitter.com/hRKvIjOGLp

While Cseh said the phenomenon of informal carers could be explained by cultural heritage, it was necessary to review “a whole system of access to health care” at the European level, where “salaries are still not up to scratch”.

The lack of staff in health facilities, including hospitals and elderly care homes, is indicative of the unattractive working conditions, including stress, lack of equipment, lack of human resources, low salaries, she pointed out.

Gender inequalities are also found among so-called “formal” health professionals, where women are the main providers of care, particularly in the posts of nurses and care assistants.

However, as the European population becomes increasingly older, the phenomenon and the imbalances it creates are likely to increase in the years to come.

The European Commission is currently working on a European Care Deal, the work programme of which will be presented to the Parliament before the end of 2022.

“It is time for the Commission to become aware of this imbalance between women and men in care work,” concludes Katalin Cseh, who will be following the Commission’s progress closely.