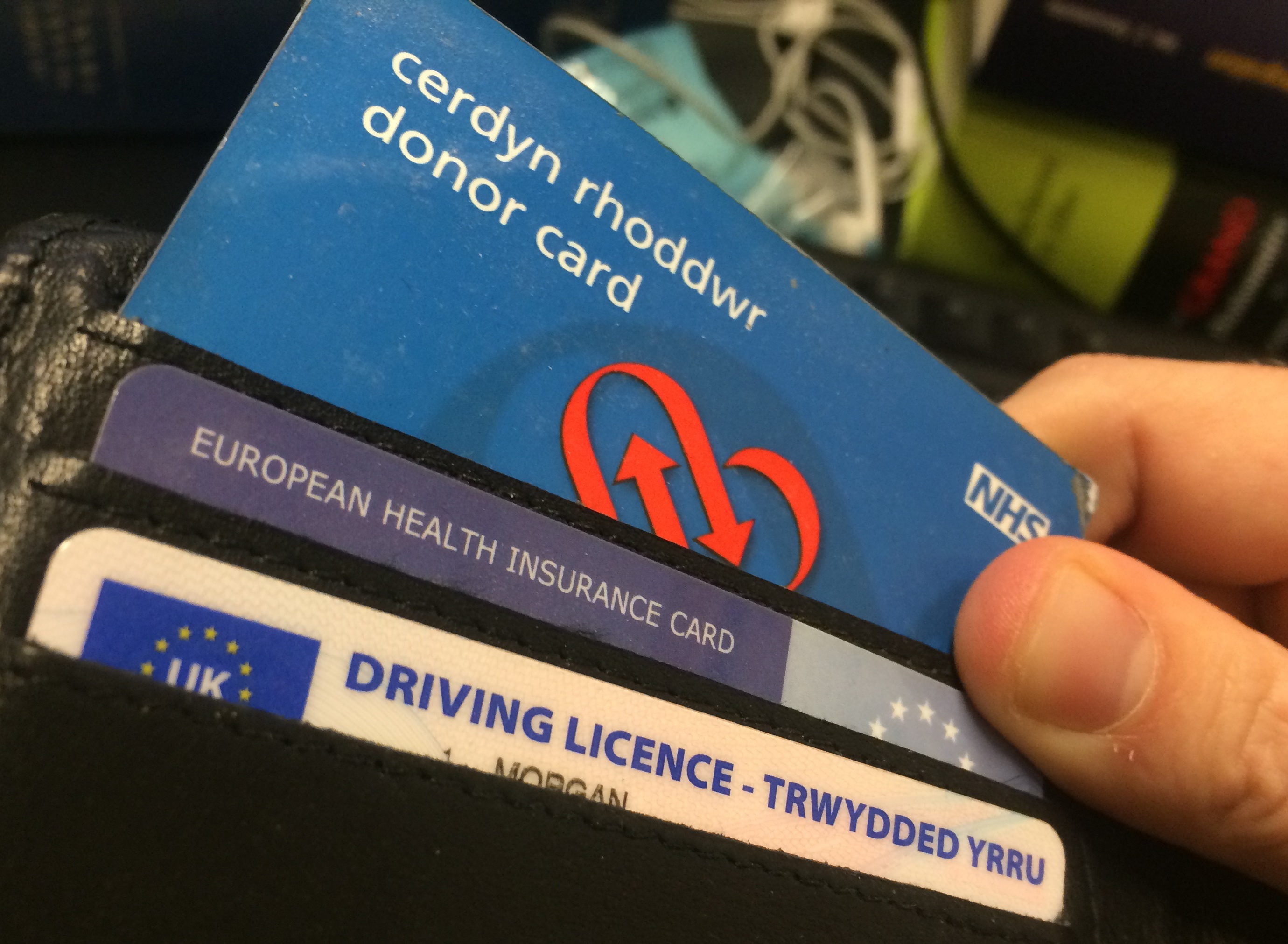 Donor cards have now been superseded in Wales by a system of presumed consent. [Samuel Morgan]

Organ donation will now operate on an “opt-out” basis in Wales, after a new law intended to address the shortage of donors currently facing the EU came into effect.

Wales has become the first part of the UK to implement an opt-out system when it comes to organ donation, meaning that individuals over the age of 18 will automatically be considered for donation upon their death. The rest of the UK will still operate under an opt-in basis, and willing donors will still carry an organ donation card.

People who do not wish to be donors are able to opt-out online or via telephone. The new law has been criticised by some religious groups, but as of 1 November, only 8% of eligible adults have chosen to invoke their right to opt-out.

The new law has been devised mostly due to the long waiting lists for organs that currently plague the British health service. Recent figures show that around 1,000 people die every year in the UK while on one of these lists. The Welsh government has predicted that the new system could increase the number of available organs by “up to a quarter”.

Although the law will only apply to adults that have lived in Wales for more than 12 months, donated organs will in fact be available for anyone in the UK. The opt-out model in force since 1 November follows in the footsteps of other countries like Belgium, Spain and Croatia, where organ donation rates are up to 40% higher.

The problem of long waiting times is, of course, not just a British problem and has a European dimension. According to figures provided by the European Commission, 63,000 patients were on waiting lists at the end of 2013, with 4,100 having died during the course of the year while still waiting for an organ.

But organ donation is rising steadily across Europe. In 2004, 8,414 transplants from deceased and living donors were carried out and in 2013 that number increased to 9,912. It is perhaps surprising to note that 25% of transplants carried out worldwide in 2012 were carried out in the European Union, despite the latter only accounting for roughly 8% of the global population.

High cholesterol levels are often associated with unhealthy lifestyle choices. But in reality, up to 80% of hypercholesterolemia is genetically pre-determined. EURACTIV France reports.

The opt-out model aside, another measure that has succeeded in increasing the number of donors is the appointment of so-called transplant donor coordinators in hospitals. These individuals are responsible for identifying potential donors and the creation of such positions in Spain and Greece has led to an increase of donation rates of 130% and 132% respectively. The Greek result is particularly impressive, having occurred within a mere four year period.

Although the formulation of organ donation policy remains a competence of member states, a number of EU countries, including Belgium, Croatia, Germany and the Netherlands, have decided to delegate responsibility either partly or fully to Eurotransplant, an organisation that acts as a mediator between donors and recipients in order to optimise the use of available organs.