WHO records highest number of new HIV cases in Europe ever 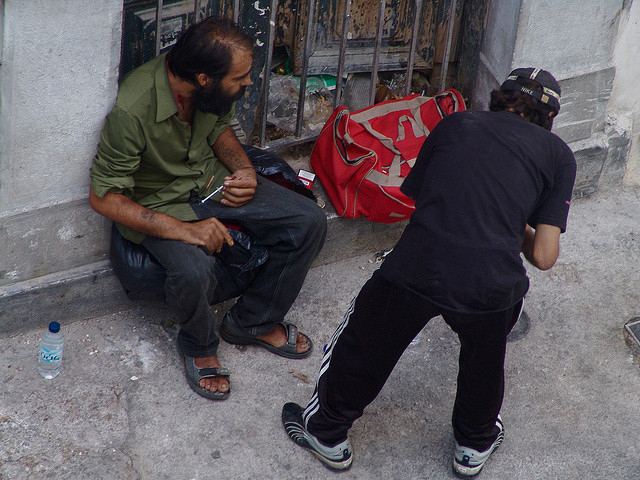 Over 142,000 people were diagnosed with HIV in Europe in 2014. This is the highest number in a single year to be reported since the 1980s, says the World Health Organisation (WHO).

According to the WHO’s Regional Office for Europe, and the European Centre for Disease Prevention and Control (ECDC), the growth of the epidemic is driven by Eastern Europe, where the number of new diagnoses has more than doubled during the past decade.

“With all the evidence on HIV prevention and control, including new treatment guidelines, we call on European countries to take bold action and curb the HIV epidemic once and for all,” she said.

The WHO and the ECDC say the increase in the HIV epidemic in Eastern Europe comes from heterosexual transmission, for the most part through drug injection.

In the EU, as well as in countries that are members of the European Economic Area (Norway, Iceland and Liechtenstein), sex between men is the predominant cause of HIV transmission.

“Since 2005, rates of new diagnoses have more than doubled in some EU and EEA countries and decreased by 25% in others. But the overall HIV epidemic persists largely unchanged. This means that the HIV response in the EU and the EEA has not been effective enough to result in a noticeable decline over the last decade,” said Andrea Ammoni, the ECDC’s acting director.

Higher risk for refugees and migrants

While two in three new HIV infections are found among native-born Europeans, migrants and foreign-born individuals represent one third of HIV diagnoses.

During the last decade, the number of migrants diagnosed with HIV in Europe has declined sharply, but evidence suggests that a significant proportion acquire HIV after arrival in Europe.

“Refugees and migrants remain a priority for HIV prevention and care. Conflict and disasters should not affect access to HIV services for people living with HIV. When refugees and migrants are victim of social exclusion in receiving countries, they become more at risk of HIV infection, and this may lead them to engage in risk behaviours, with increased risk for infection. This risk is exacerbated by inadequate access to HIV services and fear of being stigmatised,” said Jakab.

“We at WHO urge all countries in Europe to offer HIV testing, prevention and treatment services to all refugees and migrants irrespective of their legal status. This is also the safest way to protect the resident population from HIV infection.”

The human immunodeficiency virus (HIV) is a virus, which attacks the immune system and causes a lifelong severe illness with a long incubation period. The end-stage of the untreated infection, acquired immunodeficiency syndrome (AIDS), results from the destruction of the immune system. AIDS is defined by the presence of one or more “opportunistic” illnesses (other illnesses due to decreased immunity).